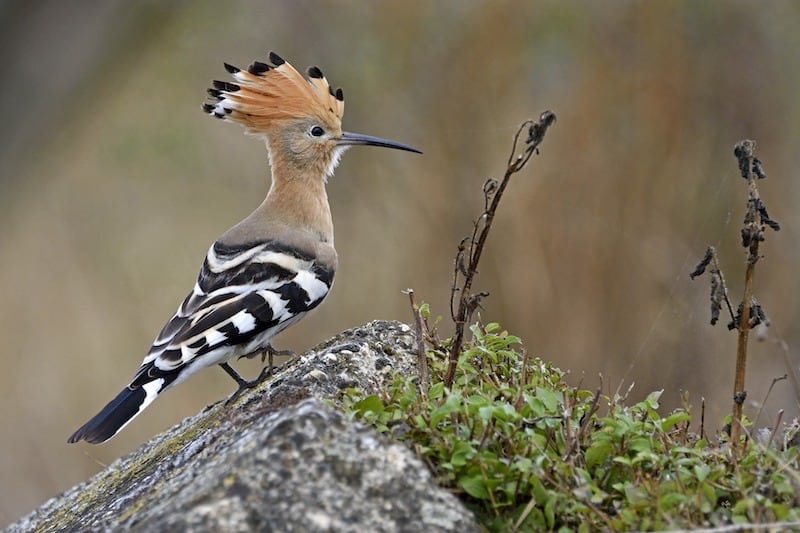 
Switzerland has the highest proportion of threatened species in the OECD, according to Pronatura. However, a clear majority of the population thinks the situation is fine, according to a survey.

Switzerland has already lost the grey partridge, the torrents cricket and the linseed dodder. Next in line could be the hedgehog, the hoopoe bird (see video) or the European tree frog (see video). Across the country more than a third of the animals and plants studied and close to half of their habitats are threatened, according to Pronatura.

In Switzerland, 60% of insects are threatened, 95% of dry meadows and pastures have been lost since 1900 and 40% of nesting birds are endangered.

Part of the misperception can be explained the slow, largely invisible effects of declining biodiversity. The loss of pollinating insects and small animals and plants can happen quietly before revealing its impact. The physical beauty of Swiss landscapes can also be misleading. It’s easy to overlook the ecological pressure on insects, small animals and plants you have never heard of when looking out at a beautiful Alpine horizon.

However, the work of some scientists suggests the loss of biodiversity could have an ecological impact as significant as climate change. Quiet processes such as pollinisation, soil fertilisation, water purification, CO2 capture and natural flood protection are services provided for free by biodiversity, points out Daniela Pauli of Pronatura.

The main driver of damage in Switzerland is human activity. Expanding urban areas and infrastructure, destruction of natural landscapes, ground and air pollution, invasive exotic plants and animals and climate change are all taking a toll.

Excessive livestock and intensive farming are also big drivers of the damage. Pronatura recently claimed advertisements for Swiss milk associating the product with biodiversity were misleading and made an official complaint. The adverts present Swiss milk as a product produced from grass fed cows. According to Pronatura, this is misleading because only 10% of Swiss milk is produced this way and there was no mention of the environmental damage of intensive dairy farming, which makes up 90% of the sector. However, the complaint was rejected based on the argument that consumers are aware of the negative impact of intensive farming on biodiversity and would not be misled by the advertisements.

The recent survey done by gfs-zurich for Pronatura was published on 22 May 2022, World Biodiversity Day.

More on this:
Pronatura article (in French) – Take a 5 minute French test now

SYDNEY ― Researchers have made a startling discovery...
Read more
Previous articleHow are young women protecting the ocean in the Asia-Pacific region?
Next articleBiodiversity is the new net-zero