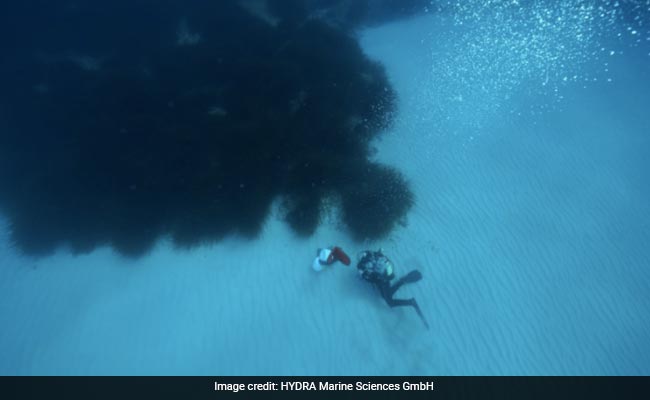 When the seabed was inspected, it was found to have massive amounts of sugar in their soil systems.

According to the institute, one square kilo­metre of seagrass stores al­most twice as much car­bon as forests on land, and 35 times as fast. When the seabed around these meadows were inspected, it was found to have massive amounts of sugar in their soil systems.

Manuel Liebeke, who is head of the research group undertaking the study at the institute, explains that the massive amounts of sugar are about 80 times higher than previously measured in marine environments

“To put this into per­spect­ive: We es­tim­ate that world­wide there are between 0.6 and 1.3 mil­lion tons of sugar, mainly in the form of sucrose, in the seagrass rhizo­sphere…That is roughly comparable to the amount of sugar in 32 billion cans of coke!” he said.

While this is an extremely new discovery, seagrass meadows are among the most threatened habitats on Earth. According to the institute, they are rapidly declining in all oceans and up to a third of the world’s seagrass may already be lost.

Mr Liebke sheds some insight on this by saying, “Looking at how much blue carbon that is carbon captured by the world’s ocean and coastal eco­systems is lost when seagrass communities are decimated, our research clearly shows: It is not only the seagrass itself, but also the large amounts of sucrose underneath live seagrasses that would res­ult in a loss of stored car­bon. Our calculations show that if the sucrose in the seagrass rhizo­sphere was degraded by microbes, at least 1.54 million tons of carbon dioxide would be released into the atmosphere world­wide…That’s roughly equivalent to the amount of carbon dioxide emitted by 330,000 cars in a year.”