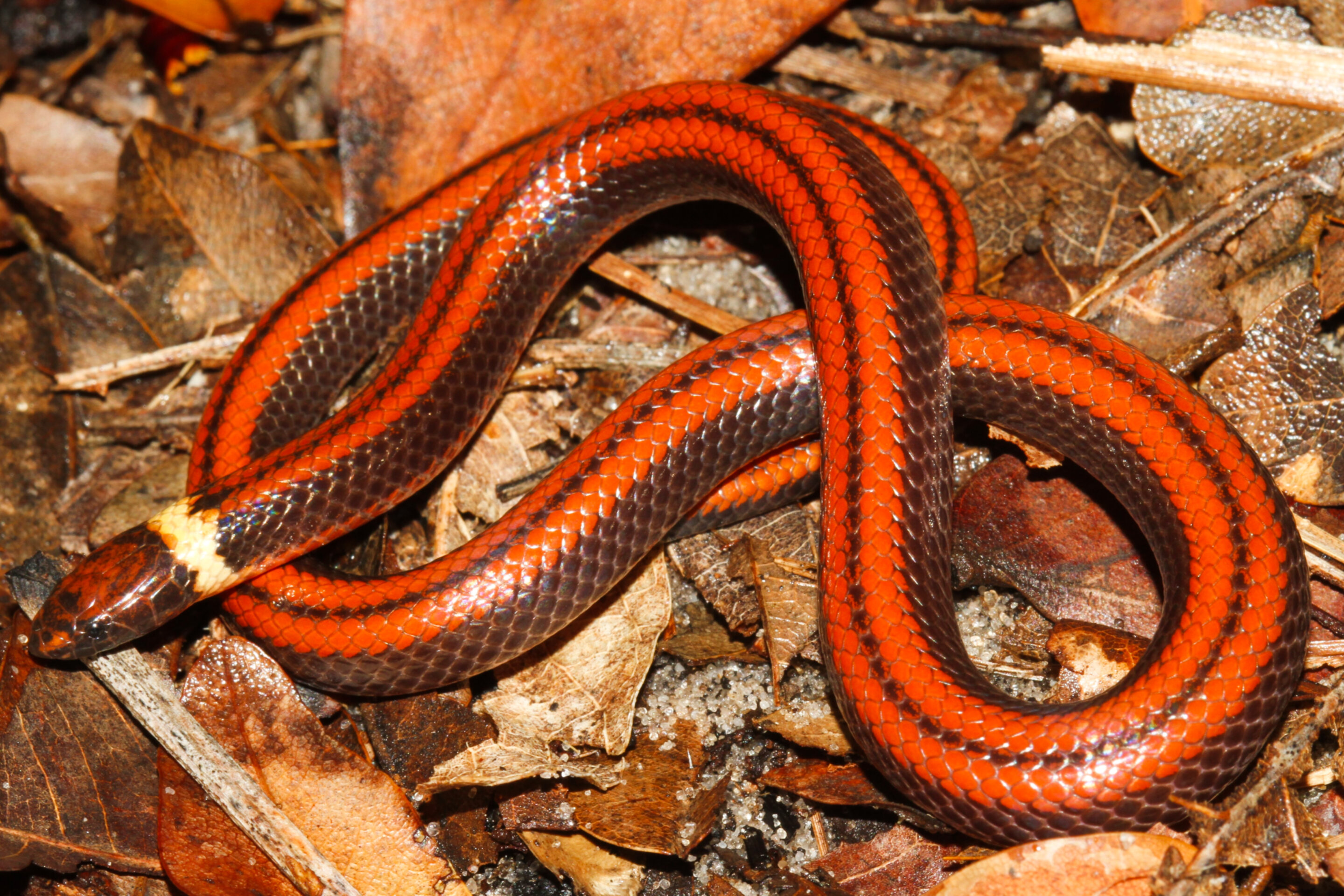 
A beautiful non-venomous snake, previously unknown to science, was discovered in Paraguay and described by researchers of the Paraguayan NGO Para La Tierra with the collaboration of Guyra Paraguay and the Instituto de Investigación Biológica del Paraguay. It belongs to the genus Phalotris, which features 15 semi-subterranean species distributed in central South America. This group of snakes is noted for its striking coloration with red, black, and yellow patterns.

Jean-Paul Brouard, one of the involved researchers, came across an individual of the new species by chance while digging a hole at Rancho Laguna Blanca in 2014. Together with his colleagues Paul Smith and Pier Cacciali, he described the discovery in the open-access scientific journal Zoosystematics and Evolution. The authors named it Phalotris shawnella, in honor of two children—Shawn Ariel Smith Fernández and Ella Bethany Atkinson—who were born in the same year as the Fundación Para La Tierra (2008). They inspired the founders of the NGO to work for the conservation of Paraguayan wildlife, in the hope that their children can inherit a better world.

The new Phalotris snake is particularly attractive and can be distinguished from other related species in its genus by its red head in combination with a yellow collar, a black lateral band and orange ventral scales with irregular black spots. Only known from three individuals, it is endemic to the Cerrado forests of the department of San Pedro in east Paraguay. Its known distribution consists of two spots with sandy soils in that department—Colonia Volendam and Laguna Blanca—which are 90 km apart.

The extreme rarity of this species led the authors to consider it as “Endangered”, according to the conservation categories of the International Union for Conservation of Nature (IUCN), which means it is in imminent danger of extinction in the absence of measures for its protection.

This species can only be found in the famous tourist destination of Laguna Blanca, an area declared as an Important Area for the Conservation of Amphibians and Reptiles.

“This demonstrates once again the need to protect the natural environment in this region of Paraguay,” the authors comment. “Laguna Blanca was designated as a Nature Reserve for a period of 5 years, but currently has no protection at all. The preservation of this site should be considered a national priority for conservation.”