Scientists set out to map the world’s genomic diversity 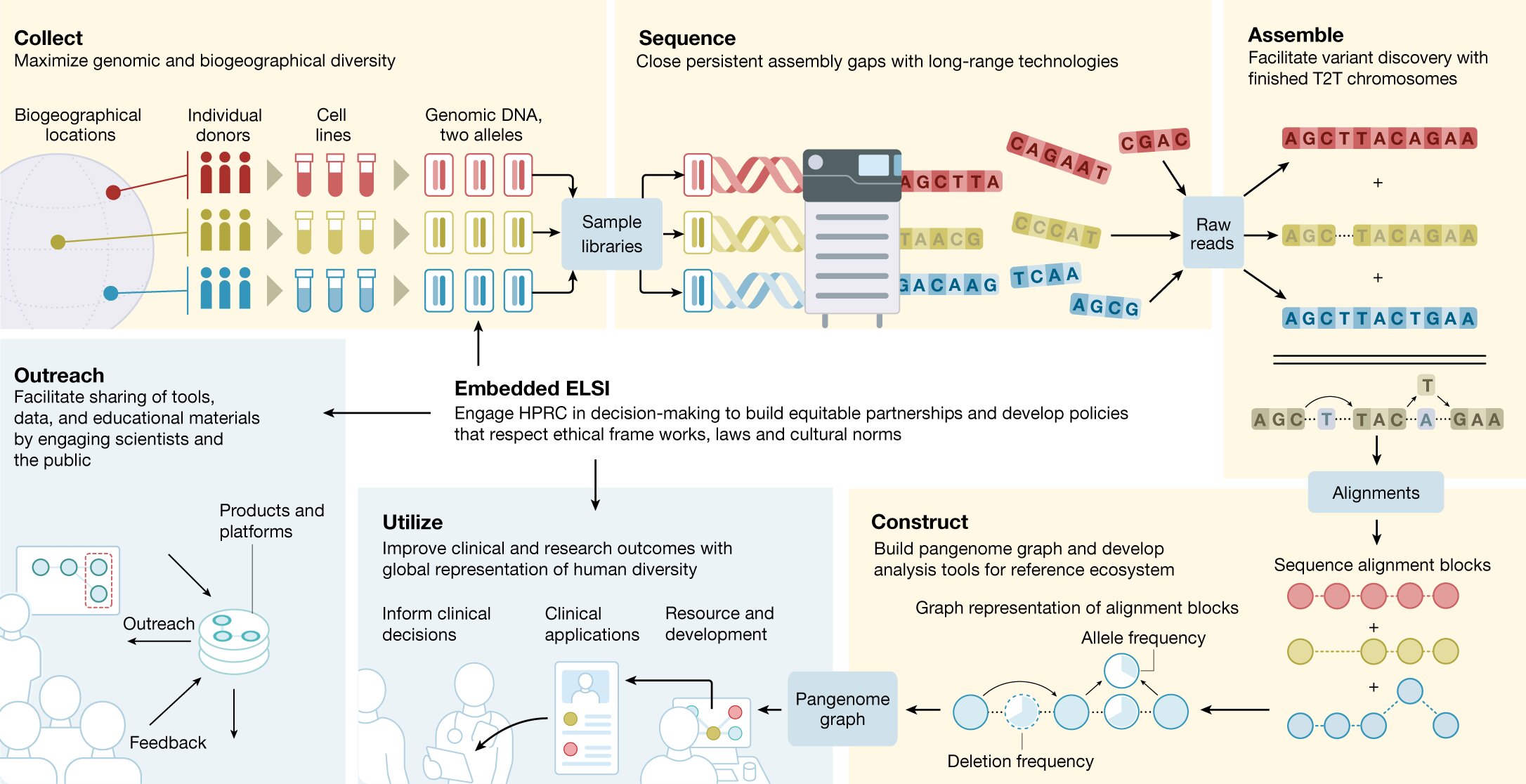 An international consortium of scientists has launched a new effort to create a reference genome that captures the genetic diversity of all the peoples of the world. The researchers describe the initiative, called the Human Pangenome Project, in a paper published Wednesday, April 20, in the journal Nature.

“The goal is to collect, organize and make accessible a representation of all the genetic variation that exist in humans, big, small, common and rare,” said Evan Eichler, a professor of genome sciences at the University of Washington School of Medicine in Seattle and a co-author of the paper.

More than a dozen research institutions are collaborating on the international project. The effort is funded by the U.S. National Human Genome Research Institute and National Institutes of Health.

The human genome consists of sequence of 3.1 billion DNA molecules. Overall, our genomes are remarkably similar. But small differences in the sequences of our genomic DNA play a large role in determining what makes each individual unique, including his or her risk for disease.

A reference genome helps describe those differences by mapping the location of genes and other elements of the genome. Researchers use this map to identify new genes, variants of known genes and other functional elements, and to share and compare their findings with other scientists.

Earlier this spring, scientists announced that they had finished a two-decades long effort create a genome reference that represented a complete map of a human genome. This reference genome is a composite created from the DNA sequences of a very small group, about 20 individuals, with most of the sequence coming from a single individual. As a result, the reference does not reflect the diversity seen in the world’s population. Indeed, most studies of the human genome are based on samples from individuals of European origin.

The new initiative seeks to address this shortcoming by creating multiple complete reference genomes representing hundreds of people from around the world. “We don’t want to have a (single) reference; we want to have many references that will capture human diversity,” Eichler said.

An important part of the initiative will be obtaining the consent and collaboration from groups who might be wary of efforts by Western scientists to sequence their population’s DNA, Eichler said. “Some groups have said, ‘Thanks, but no thanks.’ And we have to respect their autonomy.”

Other populations have expressed interest, but want to do their own genome-sequencing and make the results available on their terms. The project is trying to provide these communities with the technology and skills they need to conduct this science.

“We think there are huge advantages for everyone if we had all people represented in the pangenome, but we need to let people go at their own pace and make their own decisions,” Eichler said.

The initial goal of the project is to create genome sequences from 350 individuals from diverse populations over the next five years. The researchers will use a laborious and time-consuming process called “long read” sequencing that allows them to map an entire genome, error-free, from end to end. Previous methods yielded sequences riddled with gaps, often missing large segments of genome. Ultimately, the project organizers hope to sequence thousands of genomes to capture as much human genetic diversity as possible.

The long-range goal is to someday enable a person anywhere in the world to go into a doctor’s clinic and have a DNA sample collected and sequenced. The patient’s individual sequence could then be compared with the reference pangenome to characterize the patient’s genotype, providing information about their genetic risk for cardiovascular disease, diabetes and other conditions.

It may be years before such tests are available for patient care, Eichler cautioned. “We’re just at the beginning. Lots of things need to be worked out. But we really believe this is the future of human genetics.”

Delta-8 THC is one of the most talked-about...
Read more
Previous articleCan wind turbines and migrating birds coexist?
Next articleWhere have all the insects gone?