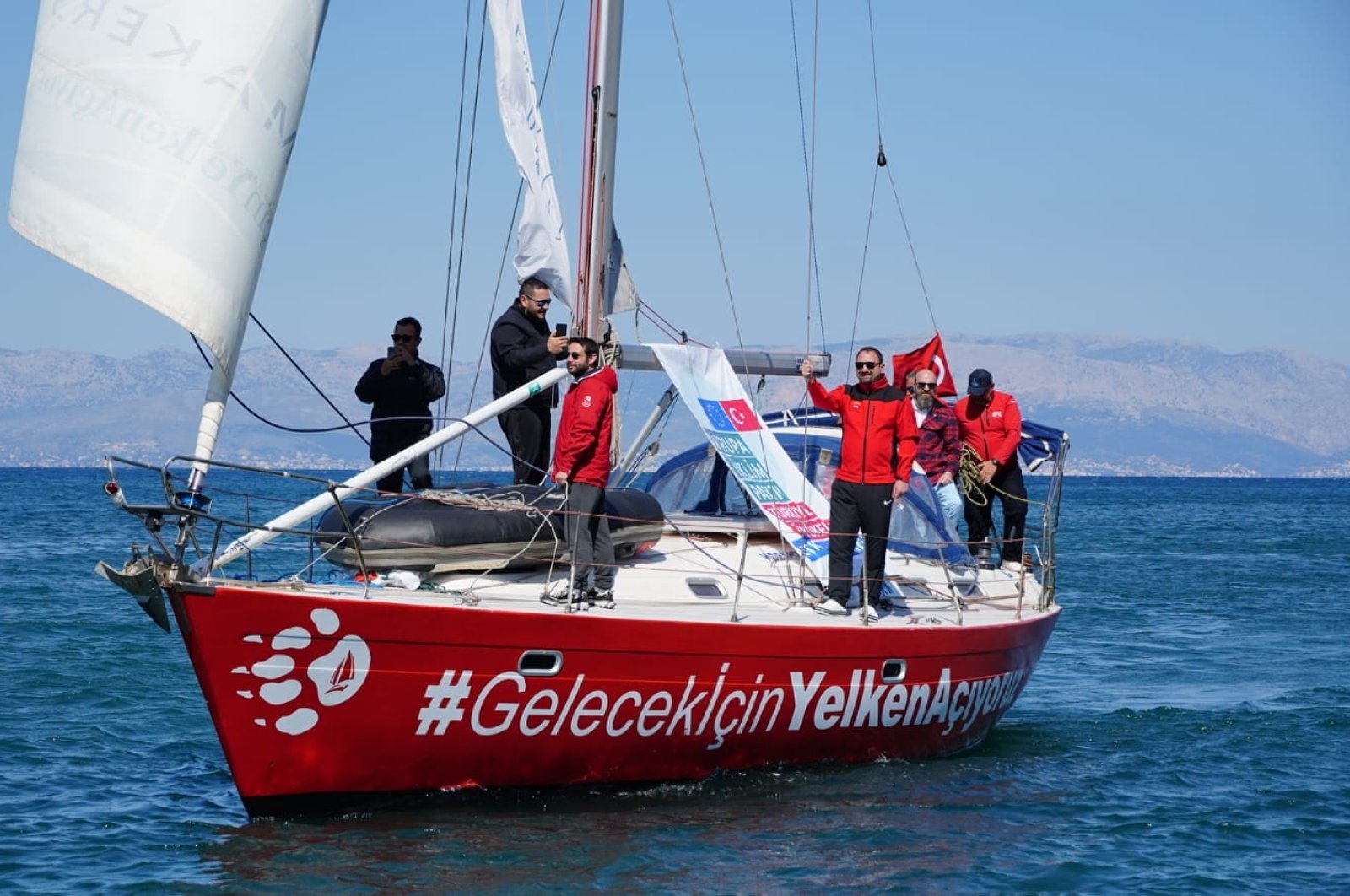 
Murat Tan and Emre Diyar, who set out from Hopa, a northeastern Turkish town, 13 days ago aboard a sailboat, reached the Aegean port town of Çeşme on Thursday. Tan, a sailing instructor and Diyar, an amateur sailing enthusiast, seek to raise awareness about the impact of climate change.

The two men’s port of destination is Arsuz, a town in the southern province of Hatay, in the Eastern Mediterranean region of Turkey. The duo traveled across the Black Sea, the Marmara Sea and now almost halved their journey in the Aegean Sea. They shunned the use of the boat’s engine and only tap wind power and energy from solar panels installed on the boat. They aim to raise awareness about greenhouse gas emissions and the carbon footprint damaging nature, to encourage people to use environmentally friendly energy resources. The duo has also followed a diet strictly based on organic food during their journey. They also collect water samples from seas they traveled through, to be sent for analysis for pollution once they completed their journey.

Their journey of about 1,600 nautical miles will be completed by next week if suitable conditions persist, such as strong winds in the right direction.

Two men were welcomed by Utku Gümrükçü, mayor of Izmir’s town of Çiğli, who gave the idea to Tan, who teaches sailing lessons in Izmir and Diyar. Gümrükçü, who is also a European Climate Pact ambassador, joined Çeşme Mayor Ekrem Oran, a municipality band playing songs and a group of locals to welcome Tan and Diyar.

"We are very pleased to have obtained this...
Read more
Previous articleDepartment Stores for Cannabis: The CEOs of Remedy on Cannabis Retail
Next articleClimate change sparks displacement in Peru’s Amazonas, as families could be made homeless three times in six months – Peru