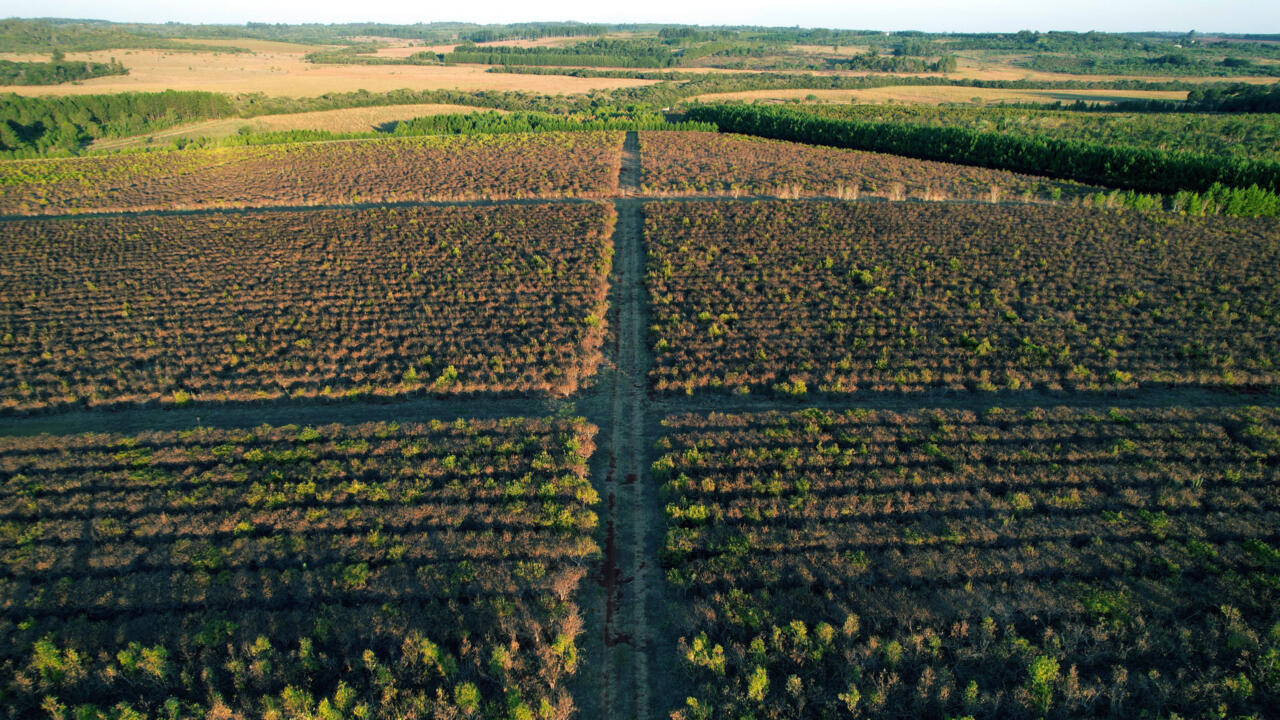 Paris (AFP) – Unsustainable farming is on track to increase the amount of severely degraded land by an area the size of South America by mid-century, a UN report warned Wednesday, as experts said restoration was a matter of “survival”.

Global food systems are responsible for 80 percent of deforestation and 70 percent of freshwater use, said the report.

They are also the single largest driver of species extinction, which is occurring 100 to 1,000 times more rapidly today than when human activity began to radically change the climate and degrade nature.

The 40 percent of Earth’s non-frozen land denatured by chemical-intensive exploitation threatens roughly half of global GDP, some $4 trillion, according to the 250-page peer-reviewed assessment, which called for action “on a crisis footing”.

“How we manage and use land resources is threatening the health and continued survival of many species on Earth, including the human species,” Ibrahim Thiaw, Executive Secretary of the UN convention charged with reversing land degradation told AFP.

“Business as usual is not a viable pathway for our continued survival and prosperity.”

The flagship report of the UN Convention to Combat Desertification (UNCCD) comes two weeks before the treaty’s 197 parties meet for the first time in three years, in Abidjan.

Adapting to an increase in drought and transitioning to sustainable agriculture top an agenda more broadly focused on restoring the health of one of Earth’s vital resources: land.

At least 70 percent of ice-free land on Earth has been converted to human use, and most of that has been degraded. That means that things do not grow as much or as well as they used to.

“There’s not a lot of land left,” UNCCD chief scientist Barron Orr told AFP. “And yet, we still see an accelerated rate of land use change taking place.”

The report reveals a startling level of concentration in the production of food.

“The solution, at least in the initial phase, is not going to be converting land back to small holders,” said Orr.

“It’s making sure we move large agriculture into a much more sustainable space.”

The UN Paris Agreement’s cornerstone climate goal is capping global warming below two degrees Celsius, and the biodiversity convention is aiming later this year to carve out 30 percent of Earth’s surface as protected areas.

For the desertification convention, the core goal is “land degradation neutrality” by 2030.

Behind the cumbersome name is a simple concept that can be summed up as “no net loss”: to ensure that, by 2030, the amount of degraded land in a given country has not expanded compared to a 2015 baseline.

Previously, the international response has been bogged down in arguments about metrics.

That problem hampered progress on the Great Green Wall, an ambitious, multi-decade scheme to reclaim agricultural land from the desert along the Sahel stretching 7,000 kilometres (more than 4,000 miles) from the Atlantic Ocean to the Red Sea.

Countries could not agree on how to monitor and measure progress. But the new benchmark is far easier to apply, said Orr.

The report contrasts different development scenarios out to mid-century.

A “business-as-usual” approach would see an additional 250 billion tonnes of CO2 or its equivalent released into the atmosphere by 2050 — roughly four times current annual greenhouse gas emissions from all sources.

But a strategy of land restoration and protection could see the opposite: some 300 billion tonnes safely stored in soil and vegetation compared to a 2015 baseline — equivalent to five years of current emissions.

Competition for land is heating up and there will be increasingly hard choices in the future over whether to carve out land for commodity crops, growing more food, C02-absorbing plantations, or to preserve as biodiversity corridors.

“We have to really think about that much more strategically,” said Orr.

The report recommends for the first time scaling up the land rights of indigenous peoples as a climate solution and to ensure the success of projects to restore nature.

But indigenous groups, often shunted aside or pushed off their traditional homelands in the past, remain wary.

“We welcome new allies to this battle, including economic actors who are increasingly interested in avoiding climate risk, but we must make clear that we will not be used for greenwashing,” said Jose Gregorio Diaz Mirabal, representing 511 indigenous groups in the Amazon basin.

"We are very pleased to have obtained this...
Read more
Previous articleTurning the tide on land degradation | Environment | All topics from climate change to conservation | DW
Next articleParched southern California takes unprecedented step of restricting outdoor watering | Climate crisis in the American west