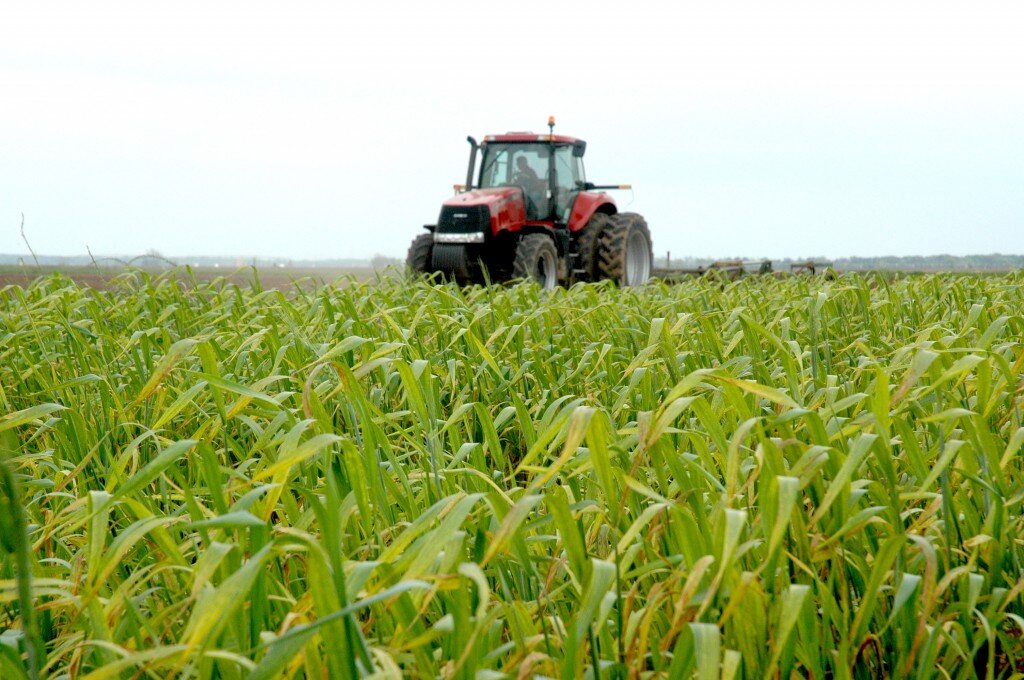 The report was compiled by Joe Outlaw, Ph.D., and Bart Fischer, Ph.D., co-directors of the AFPC in the Department of Agricultural Economics of the College of Agriculture and Life Sciences at Texas A&M, Bryan-College Station. Other department contributors included Henry Bryant, Ph.D., J. Marc Raulston, George Knapek, and Brian Herbst. The AFPC is part of Texas A&M AgriLife Research and the Texas A&M AgriLife Extension Service.

“This report is a follow-up to an AFPC briefing paper that analyzed the impact of higher fertilizer prices on the AFPC’s representative farms done at the request of U.S. Rep. Julia Letlow, explained Fischer. “The current report analyzes the economic impacts of higher crop and major input prices on 64 representative crop farms throughout the U.S.”

The analysis was requested by Sen. John Boozman, a ranking member of the Senate Committee on Agriculture, Nutrition, and Forestry.

“Input suppliers around the world are having a tough time meeting demand for most of the major crop inputs,” Outlaw said. “While there are many causes, the most cited revolve around the pandemic and the resulting supply chain and distribution problems that have persisted.”

He said in addition to supply chain and distribution issues, inputs such as fertilizer have also been hit with import duties by the U.S. International Trade Commission on phosphorus and urea ammonium nitrate solutions.

“These factors, along with the Russian invasion of Ukraine, with both countries being major fertilizer exporters, have further limited fertilizer availability and led to even higher prices,” Outlaw said. “The Russian invasion has also greatly reduced corn and wheat exports from Ukraine, which has led to higher crop prices around the world.”

Fischer said while producers are unquestionably facing higher prices for inputs, it was less clear how those high input prices were translating into increases in the cost of production.

“For example, some producers locked in input prices last year before the significant run-up in prices, and we expect that most producers will reduce input use in response to higher prices,” he said.

Analysis of the report

For this analysis, the AFPC sent each of the 489 representative farm panel members an email to solicit the amount spent per acre on inputs for the 2021 crop year and the amount they expect to spend this year. The percentage change for each category was calculated for each respondent.

“This analysis focuses on the change in net cash farm income for 2022 relative to 2021 to determine whether expected commodity price increases are likely to offset input cost increases as reported by the representative farm panelists,” Fischer said. “The ending cash balance on hand at the end of 2022 is also reported to indicate whether net farm income is high enough in 2022 to pay all other obligations such as principal payments, family living expenses and taxes.”

He said projections beyond this crop year for input costs were not possible due to the extreme volatility in input prices.

“The increase in fertilizer has been the most notable of input costs,” he said. “There have been several increases over the past year, and currently, we’re paying more than double for it than at the same time last year.”

He said the cost of chemical inputs such as herbicides and insecticides has also risen and taken a chunk of his operational capital.

“Some of these products are four times as expensive as last year and, due to supply chain issues, we’ve also had trouble just finding them,” Huie said.

He said as a result of higher input costs and drought, his crop yields for both cotton and corn are expected to be down more than 50% from last year.

Huie said although commodity prices have been higher, they have still not been high enough to compensate for all the increased input costs.

“There are likely to be commodity price decreases in the not-too-distant future, but it’s probable that any reductions in input costs will be more gradual and will not be enough to offset those price reductions,” he said.

Huie said he estimates his operational costs will be close to $1 million more than last year due to input increases ranging from fertilizer to chemicals, fuel and other necessary supplies.

L.G. Raun, a third-generation rice farmer in El Campo, said he has read the AFPC report and concurs with the conclusions, particularly those regarding the impact of increased inputs on rice farmers.

“In addition to my fertilizer costs more than doubling, my energy costs have about doubled, and associated costs for machinery, parts and labor have gone up at least 20% from last year,” he said.

He noted the loss of revenue from rising costs will likely lead to a 38-year low in rice acres planted throughout the U.S.

Raun noted that this reduction in acres planted will also negatively affect the suppliers, processors and others who service the rice industry. He also said as producers plant less rice, customers will need to seek out other suppliers to meet their needs.

“Once you’ve lost market share, it’s pretty hard to get it back,” he said.

“Absent another infusion of assistance in 2022, we estimate that significant increases in input prices will result in a huge decline in net cash farm income in 2022 compared to 2021,” he said.

Outlaw noted, however, that despite significant reductions in net cash income compared to 2021, high commodity prices will likely still keep most of AFPC’s representative farms in the black.

“The noticeable outlier is rice, where two-thirds of the rice farms face losses in 2022,” he said.

Outlaw also noted much of the AFPC analysis hinges on producers being able to lock in high commodity prices at average yields.

“But with drought ravaging half of the country and many other areas facing excess moisture, this assumption may be overly optimistic,” he said. “This is perhaps the most important point to note because producers are beginning to plant a crop that will require them to put an enormous—indeed historic—amount of capital at risk.”

Read more
Previous article5 things you should know about the UN Ocean Conference, a chance to save the planet’s largest ecosystem |
Next articleAttracting Investment: How Cannabis Companies Can Best Position Themselves