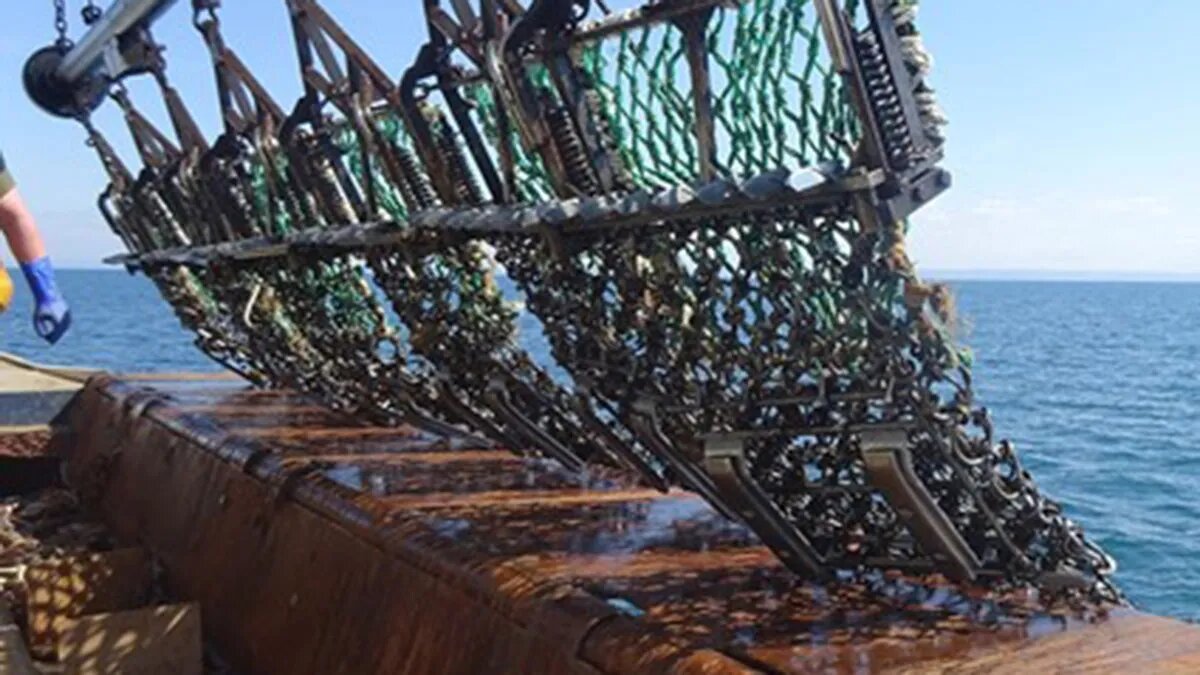 
An innovative new gear modification that lifts steel bags used for scallop dredging off the seafloor has shown potential to reduce damage to the seabed during commercial fishing expeditions.

Scientists from the Low Impact Scallop Innovation Gear (LISIG) project, led by Heriot-Watt University, fitted “skids” to the bottom of standard spring-toothed scallop dredges and monitored its effectiveness during trials with commercial scallop fisheries in Scotland and Wales.

They found that the skid, which lifts the metal bags a mere 10 cm off the seabed, helped reduce fatal damage to bottom-dwelling species and fauna. Organisms on the seafloor are routinely disrupted through the use of standard dredges due to their heavy drag along the ground.

Data from the trials also found that the skids increased the catch of king scallops by an average of 15%. Catches of undersized scallops, crabs and starfish, which are often repeatedly caught and returned to sea, were more variable and the study proposed that additional modifications, such as increasing the size of the metal rings, along with implementation of skids could reduce bycatch.

The commercial viability of gear modifications was another key factor during the study.

Due to the added weight of the metal skids, the commercial fisheries involved in the trials closely monitored the amount of fuel consumed during each expedition using the skids and reported no changes between the two dredge types, likely due to the reduction in drag during travel. It may even be possible to lower CO2 emissions when using the skids if an alternative material to steel was used to construct the bags.

Dr. Marija Sciberras, Assistant Professor in Fisheries at Heriot-Watt University, who led the study, said: “The scallop sector is one of the highest value commercial fisheries in the U.K., yet its current management lags behind other fisheries due to its sustainability standards. Efforts are being made by the fishery to move towards a more sustainable fishing practice and towards net zero.

“Our study suggests that skid dredges are a promising start to developing more environmentally sound fishing gear that is also profitable economically for the industry, yielding a higher number of scallops and reducing replacement costs of belly bags from excessive wear and tear on the seabed.

“Adoption of technical gear modifications like our skid dredges would be a big step forward in the evolution of sustainable management and lower impact of scallop dredges.”

Professor of Fisheries Conservation and Chief Scientist at Heriot-Watt University, Michel Kaiser, co-wrote the paper and said: “Evidence from this study demonstrates that simple, practical modifications have significant potential in reducing impacts on target stocks and the environment in the scallop dredging sector.

“However, to be truly effective, potential technical interventions such as these have to be considered alongside effective fisheries regulatory systems that promote harvesting efficiency and appropriate controls at sea.”