Preparing for climate change’s effects more than ever critical: President 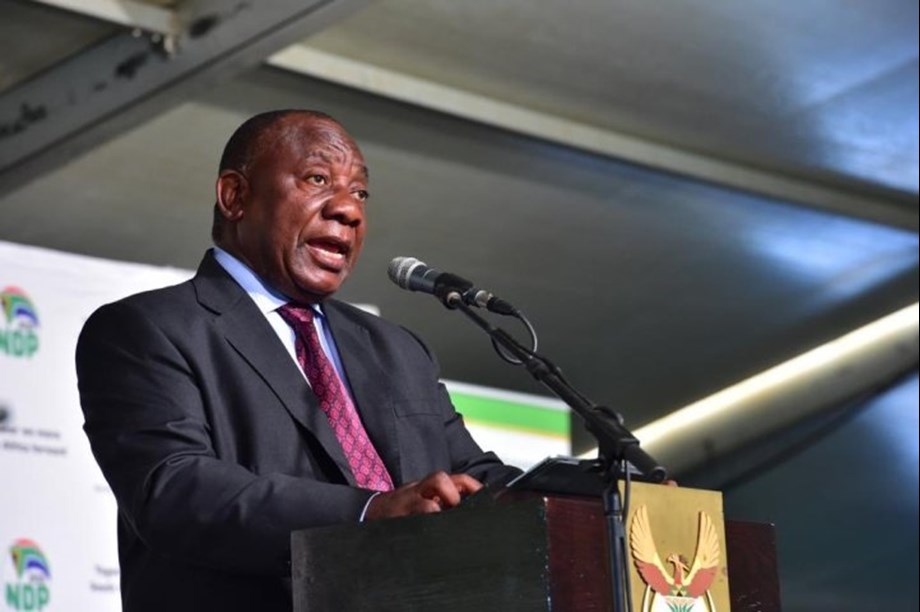 
President Cyril Ramaphosa says recent flooding in parts of KwaZulu-Natal and the Eastern Cape is proof that climate change is upon us and that preparing for its effects is now, more than ever, critical.

The President was addressing the 6th Meeting of the Presidential Climate Commission on Friday.

“We have been warned about the physical effects of climate change and this has been tragically demonstrated by the recent floods. The floods have shown how rapidly extreme weather events can cause massive devastation that manifests itself through the loss of life and widespread physical destruction,” he said.

The President reflected that South Africa is situated in one of the regions which is “warming faster than the global average”, with scientists predicting “less rainfall in the west… and more severe storms and heavy rainfall in the eastern part of the country”.

President Ramaphosa said potential disasters of the magnitude of the recent flooding have brought government’s disaster preparedness into sharp focus, with critical questions and solutions sought.

“Can we improve early warning systems so that communities and authorities are better able to respond in time? Is our disaster management capability fit for purpose? And in building back our infrastructure and human settlements, how can we make them more resilient to such disasters in future?

“Apart from the tragic human consequences, the damage to human settlements and our economic infrastructure has been massive. As we rebuild, we must reflect on our country’s preparedness and our response to such disasters,” he said.

According to the President, this framework sets out the JET vision, principles which will be followed in the transition and the interventions needed to “give full effect to the transition”.

“A just transition needs to be our point of departure when dealing with climate change. Poor people, the unemployed, workers and rural communities are most vulnerable as our economy transitions to a low carbon future. We have to find ways to protect jobs and empower workers and communities as our country carefully navigates the shift away from fossil fuels,” he said.

The President highlighted that research coming out the Climate Commission has shown that more jobs can be created in the low carbon economy than those that will potentially be lost while the country transitions.

He said, however, that the drive towards the creation of new jobs linked to the low carbon economy must be supported by all spheres.

“On the other side, labour must continue to fight for decent work and protecting jobs at the same time as ensuring productivity improvements in line with rising wages.

“Civil society must also continue to champion the social and environmental agenda and hold stakeholders for the promises and undertakings they make,” he said.

The President told the commission that a negotiating team has been put together to deal with “the complex elements” of the country’s Just Energy Transition partnership deal.

The partnership was announced in November last year, with developed countries France, Germany, the United Kingdom and the United States of America and with the European Union committing to assist South Africa on its decarbonisation journeys.

“The deal should be a benefit to all South Africans. Upgrading the grid and ramping up renewable energy production will make electricity cheaper and more dependable. Repurposing and repowering our existing coal plants will create new livelihoods for workers and communities that are most impacted by this change.

“It will also lower our CO₂ emissions, which is essential for us to contribute towards keeping global warming below 1.5°C, and we will open new markets for the supply of our clean energy minerals like platinum, vanadium, cobalt, copper, manganese and lithium.

“I expect the commission to continue to exercise oversight over this partnership and to ensure that the final deal delivers on its promise. We need to make sure that this partnership succeeds… for our people, for our climate and for our future economic competitiveness and capability,” President Ramaphosa said.

SYDNEY ― Researchers have made a startling discovery...
Read more
Previous articleLearn about India’s biodiversity from this card game created by Chennai students
Next articleBiodiversity eyed as tool vs climate crisis