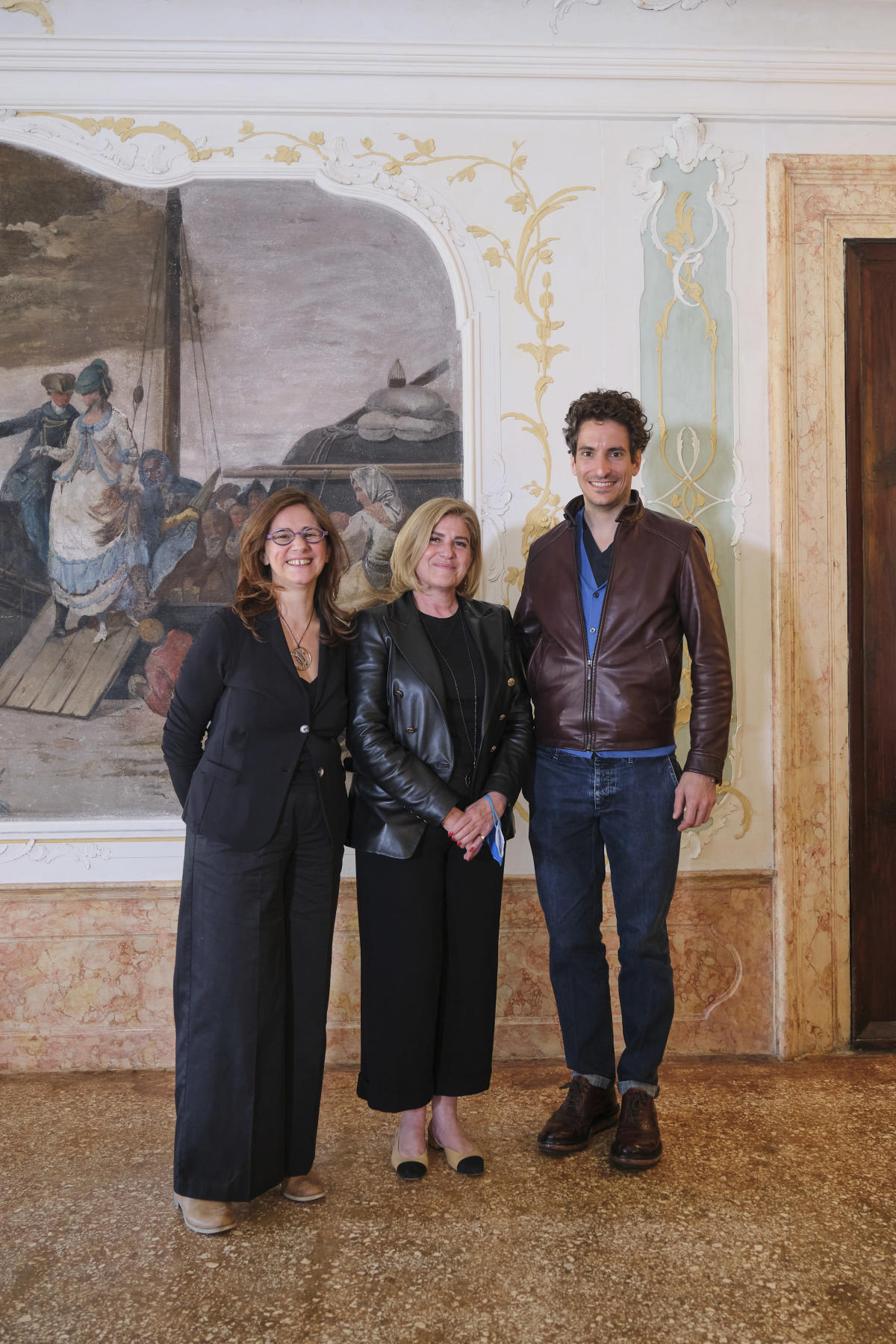 
VENICE, Italy — The latest initiative of the joint effort between Prada Group and UNESCO’s Intergovernmental Oceanographic Commission to raise awareness of, and promote, more responsible behavior toward the oceans intends to educate toddlers aged three to six in order to shape their future sustainable inclinations.

Part of the Sea Beyond educational program jumpstarted in 2019, the newest initiative— called “Kindergarten of the Lagoon” and based on the principles of outdoor education — was unveiled Wednesday at Ca’ Corner della Regina here, the historic home to Fondazione Prada in the lagoon.

“My priority is to lead the group through a more sustainable next decade, not only from an economic standpoint, but also [to act on] the cultural, social and environmental pillars,” said Lorenzo Bertelli, head of corporate social responsibility at the Prada Group.

Developed by the Sea Beyond scientific committee, the education program will be presented to Venice kindergartens and families with kids in the target age group to eventually kick off as a pilot next September.

Its syllabus is based on the integration of indoor and outdoor education, with the ambition to help toddlers discover the lagoon, its flora and fauna, understand the factors contributing to sustainability and acquire an inter- and trans-disciplinary approach.

“The entire syllabus is based on the spread of the ecology culture and aimed at spurring a sense of belonging to the territory via multisensory activities,” explained Francesca Milan, an expert on environmental education and a member of the scientific committee.

According to Fabio Pranovi, professor at Venice’s Ca’ Foscari University and also part of the committee, the project will help students reconnect with the environment and discover the possibilities of integrated sustainability since the mind-set shift he is expecting from younger generations is understanding that responsible behavior is ultimately linked to the survival of the human species.

The project, which has received the support of local institutions, was described as an ongoing commitment by Bertelli. “When you address education and culture you ought to be patient, it requires time and the fruits will be harvested in the next 10 to 20 years,” he said.

He described the Sea Beyond project and the latest initiative as direct expressions of Prada Group’s and his family’s values. “If I had not been raised and given the education I did, when I joined the company in 2017, I would have never launched the Re-Nylon or the Sea Beyond project,” he said.

Sea Beyond is indirectly financed via the sale of fashion pieces crafted from Re-Nylon, which the group entirely shifted its nylon production to in 2021, two years after first debuting the eco-minded fabric.

“As of now, there’s no direct link between products sold and the project, but there’s more on our roadmap, which I cannot share yet,” the Prada executive said.

Asked about the broader impact the Sea Beyond project may have, Bertelli reiterated that all companies should do their part, but he hopes different entities will join the Prada-led program.

“We’re so convinced of this project that we’re all but jealous and we’d like together with UNESCO and other partners in the future to be able to shape it up to be an open-source platform to spread ocean literacy,” he said. “It’s better to join forces rather than venture in sporadic and solitary initiatives.”

According to the executive, the Prada Group “is showing a path to pursue for other companies in the industry, and if it works and other enterprises adopt this as a benchmark, the global amount of investments will increase,” allowing Sea Beyond to expand its scope, he said.

Ana Luiza Massot Thompson-Flores, director of the UNESCO Regional Bureau for Science and Culture in Europe, touted the project for representing a starting point and urged the international community to embrace education among its key pillars and favor ocean literacy to help nurture more responsible citizens.

“Ocean literacy refers not only to its knowledge but also to the education of the younger generations so that they feel able to act starting now, not in the future,” echoed Francesca Santoro, program specialist of UNESCO-IOC. Her hope is that it will set a precedent and trigger the education system across all UNESCO members to embrace ocean education as part of its syllabuses.

The project will be developed in partnership with Venice’s municipality. Asked about reaching out to Italy’s government to seek support for Sea Beyond, Bertelli said there are no ongoing conversations and that Prada Group doesn’t “want to snatch public funds to support a private initiative,” but it’s rather doing its part in to advance society.

Throughout 2022, Sea Beyond, now in its second operative year, will launch initiatives centered on three educational pillars targeting secondary schools; kids aged three to six, and the company’s employees. The project is in line with the Agenda of the United Nations 2030 and 17 Sustainable Development Goals.

“All these initiatives are aimed at increasing the statistic likelihood that people will embrace morally right decisions,” Bertelli said.

Prada has been raising the bar on its sustainability goals, and in January, it appointed two new independent non-executive directors, Pamela Culpepper and Anna Maria Rugarli, selected for their professional background in environmental, social and governance, or ESG.

The company already publishes a CSR annual report and last year, it further committed to corporate social responsibility, reaffirming its objectives and starting a process to measure its carbon footprint after years of investing in the construction, refurbishment and efficiency of its industrial facilities, as well as in photovoltaics and renewable energy.

Prada, which is part of the Fashion Pact, during its Capital Markets Day in November revealed that its greenhouse gas emission reduction targets had been approved by the Science-Based Targets initiative and that its goal was to reach net-zero emissions in 2050.

Read more
Previous articleSafeguarding Biodiversity is Vital for Tourism to Costa Rica
Next articleDepartment Stores for Cannabis: The CEOs of Remedy on Cannabis Retail