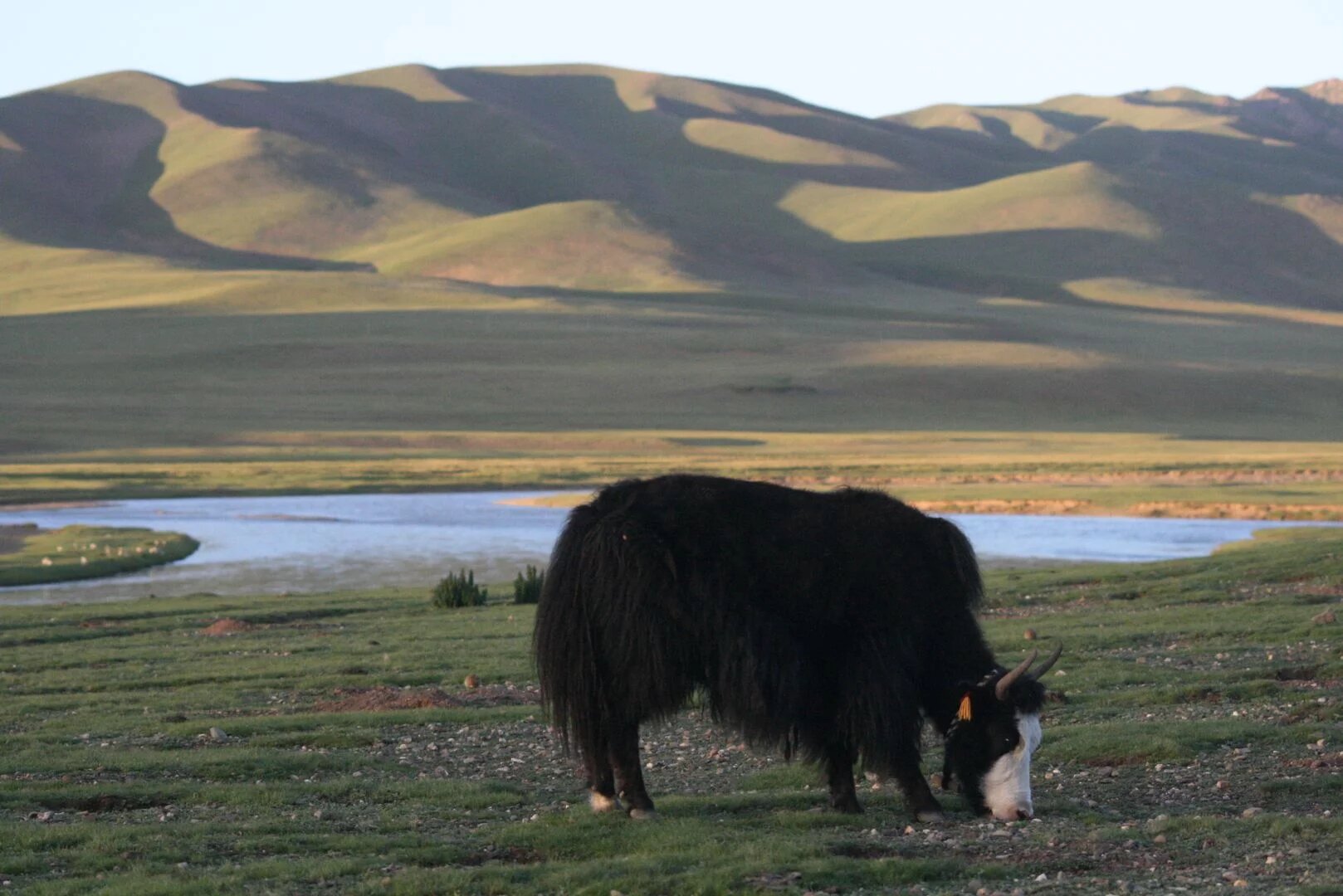 
The Tibetan highlands have a special significance both as a grazing ecosystem and global carbon store. Furthermore, it plays a key role in the formation of the monsoon and supplying of potable water for a fifth of the earth’s population. An international research team from Kiel University (CAU), together with the universities of Göttingen and Hanover and the Chinese Academy of Sciences has for the first time identified, on a microbiological basis, the critical threshold of grazing in the Central Asian landscape above which pasture degradation becomes irreversible. The researchers found that smaller areas are already irretrievably lost. But: The majority of the grazed area could still be saved upon condition that the keeping of livestock is reduced. The scientific journal Nature Communications has published the findings in its latest edition.

The Cobresia grass widespread on the Tibetan plateau has for centuries been adapted to moderate grazing by herds of roaming nomads. The grass’s roots, both dead and living, protect the underlying permafrost soils from degradation—the gradual loss of their ecosystem functions to the point of erosion. But in recent decades grazing has increased, especially near settlements. Climate change, which is thawing the permafrost soils, is putting additional pressure on the Cobresia grasslands.

Researching at 4,200 meters above sea level

The researchers examined the soils at several locations on the Tibetan Plateau which exhibited varying degrees of pasture degradation. To do this, they determined the carbon and nitrogen stocks in the soil, the composition of the microbial soil community of bacteria and fungi, and the activity of soil enzymes directly in the field. One finding was that the combination of overgrazing and climate change leads to a 42 percent decline in carbon stocks and a 33 percent decline in nitrogen stocks within the most affected areas.

“Two thirds of the carbon losses are due to erosion of the fertile topsoil, with one third attributable to reduced input of plant biomass and increased mineralization,” says study lead Professor Sandra Spielvogel from the Institute of Plant Nutrition and Soil Science at CAU. “As degradation increases, there are significant changes to the composition of microorganisms in the soil. Initially, the microorganisms in the soil primarily break down the easily degradable components of the dead roots, producing hydrolytic enzymes to do this. It is only once there is no longer enough easily degradable material that the stabilizing lignified root residues are also degraded. The point of transition is indicated by oxidative enzymes becoming abruptly dominant in the system. Once the protective root cover is missing, erosion also increases significantly, causing the remaining topsoil to be completely removed,” the soil scientist explains.

Trends can still be halted

Exceeding the grazing limit, we identified changes to the entire ecosystem. As the Earth’s “third pole” after the north and south poles, a release of the carbon stored in the Tibetan highlands would have the potential to affect the global store of CO2. “Erosion of the fertile topsoil exposes the subsoil. With no vegetation, this earthen layer reflects the sun’s rays more strongly. This is aggravated by changes to evaporation which impacts the entire water balance of the affected area. This in turn has been shown to influence cloud formation and other atmospheric properties over the Tibetan Plateau,” summarizes Spielvogel.

“Once the soil is this severely damaged, you reach a point of no return. With growing seasons extremely short (at three to four months), it would take centuries at that altitude to regenerate soil that has been damaged that much.” The only way to avoid these self-reinforcing effects is to reduce the amount of livestock on the pastures in question; that is, to keep fewer animals per hectare and to change location more frequently.

Citation:
Overgrazing disrupts entire ecosystem (2022, May 19)
retrieved 20 May 2022
from https://phys.org/news/2022-05-overgrazing-disrupts-entire-ecosystem.html

Delta-8 THC is one of the most talked-about...
Read more
Previous articleInternational Day For Biological Biodiversity
Next articleStudy finds parrots use their heads as a ‘third limb’