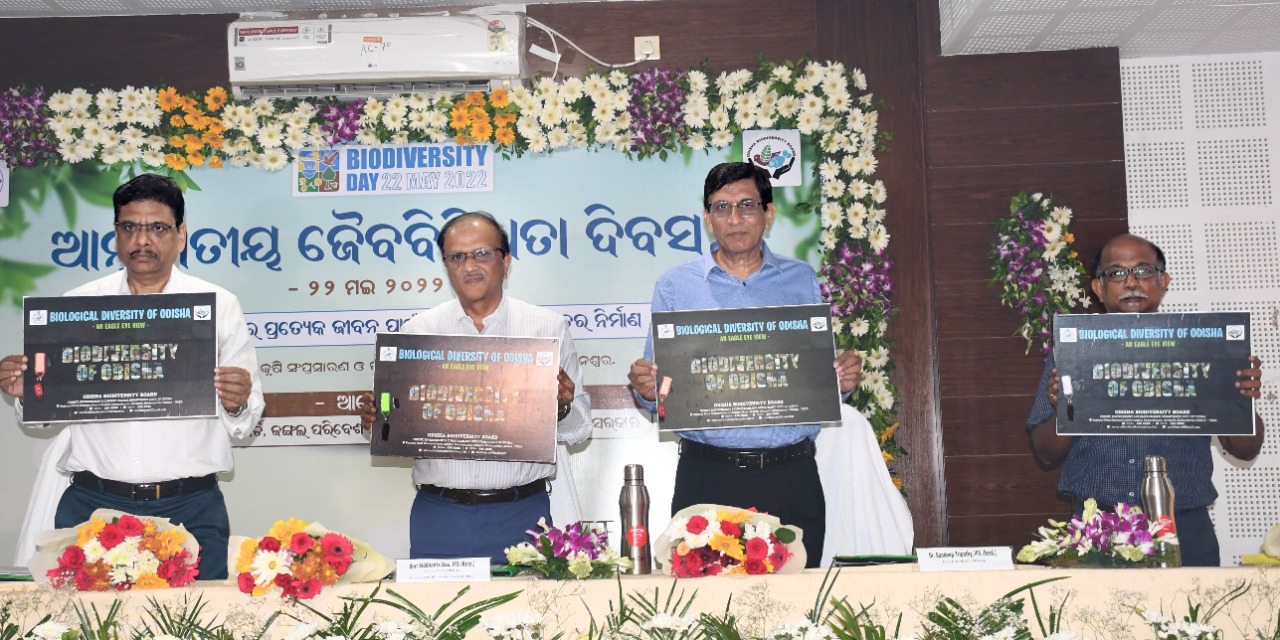 
Bhubaneswar: Like every year, Odisha Biodiversity Board celebrated the “International Day for Biological Diversity” in a befitting manner on Sunday in the Institute on Management of Agricultural Extension (IMAGE), at Siripur, Bhubaneswar.

The United Nations Secretariat of Convention on Biological Diversity has announced the theme for this year as “Building a shared future for all life”. This State level event was participated by officers from Forest, Environment & Climate Change Department, members of Biodiversity Management Committees (BMCs) from all 30 districts of Odisha, University students & professors, traditional knowledge holders & practitioners, media persons and other stakeholders.

In the beginning, PCCF-Cum-Chairman, Odisha Biodiversity Board Rajiv Kumar, IFS, in his welcome address briefed about the programme and presented the achievements of the Board and various activities undertaken by the Board towards the implementation of the Biological Diversity Act 2002. Dr. Sandeep Tripathy, IFS appreciated the Board for its efforts to create awareness on biodiversity among people in the grassroots level.

Siddhanta Das, IFS has specifically highlighted the role of BMCs to achieve the three objectives of the Act. He praised the Board for involving youth mass from Universities in the programme as he foresaw that inculcating a conservation mindset among young people would be extremely fruitful to achieve the goals in a long run.

A video on “Biological Diversity of Odisha”, books on “Brachyuran Crabs of Devi Estuary” and “Banyajantu Parichalanara Bistruta Margadarshika” were released in the programme. The Board has earlier carried out essay and painting competitions among the postgraduate students of 10 Universities of Odisha. The Guests distributed prizes to the winners of the competitions in the programme.

In the plenary session, Dr. Sudarsan Panda, IFS & Former Principal Chief Conservator of Forests, Govt. of Odisha and Shashi Paul, IFS & Principal Chief Conservator of Forests Wildlife & Chief Wildlife Warden, Odisha presented popular talks on biodiversity based on the theme for this year. The programme ended with a vote of thanks presented by the Member Secretary, Odisha Biodiversity Board, Dr. Nihar Ranjan Nayak.

Delta-8 THC is one of the most talked-about...
Read more
Previous article5 Best Bubblers You Can Try In 2023
Next articleEnvironment Minister Bhupender Yadav Opens Exhibition On International Day Of Biological Diversity