Now we know the flaws of carbon offsets, it’s time to get real about climate change 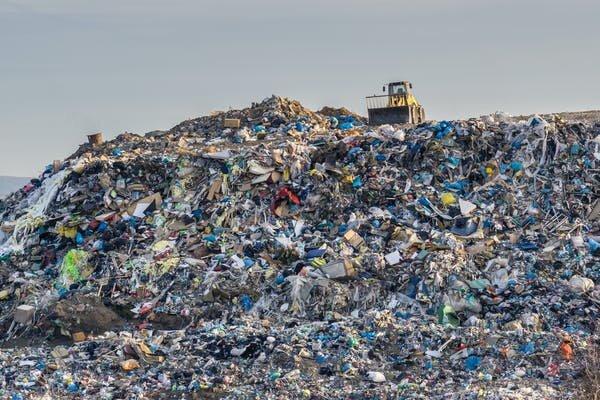 
Last month, former carbon market watchdog Andrew MacIntosh blew the whistle on Australia’s carbon offset market. He described the scheme as a “rort” with up to 80% of carbon offsets “markedly low in integrity.”

While these allegations reignited debate over carbon offsets, the issues are not new. Integrity issues have plagued carbon trading schemes and offsets since they first emerged in the mid 1990s.

You might think this is a fairly major bug. In fact, it’s a feature. Polluting industries want low-cost compliance with climate laws—and poor quality offsets satisfy this demand. The key phrase there is “low cost.” That’s the reason free-market economists championed this kind of flexible compliance over direct regulation in the first place.

For polluters, it’s an easy win: buy offsets, appear to have done something, and keep on polluting. But bad quality offsets can actually make climate change worse.

Who loses? The rest of us. Questionable offsets and flexible compliance have slowed down the shift away from oil, gas and coal.

So should we abandon offsets entirely? Or do they have a place?

Carbon offsets have played a significant role in government and industry’s climate change response since emerging from early global climate negotiations. They have been popular because they do not require major change to the status quo.

Free market economists and their allies in industry have experimented with ways of paying for emission-reducing technology changes, avoiding deforestation, planting new trees, and building wind and solar farms. These methods have been packaged up as certificates and sold on market platforms created by both government and private actors as certified “emissions reductions.”

There are a number of problems with this.

First are the well-founded concerns over whether offset projects actually do reduce or soak up carbon. For instance, 85% of credits in the long-running United Nations carbon offset scheme did not actually reduce emissions as of 2017. That meant coal-fired power stations and industrial gas facilities owned by oil companies such as Shell were effectively subsidized while simultaneously increasing their emissions.

One of the world’s first regulatory carbon markets in NSW was similarly plagued by issues of “additionality”—that is, whether the offset activities would have happened anyway.

There are also questions about the governance of offsets. For offset schemes to be a real market, the buyers and sellers need to be separate, and the offsets need to independently verified. Australia’s offsets aren’t.

The Clean Energy Regulator creates, buys, sells and endorses the integrity of offsets.

Some experts have argued offsets and carbon markets can be fixed through better transparency, oversight, and more stringent baselines. This is appealing because it buys more time for sectors with no zero-emission technology substitute to develop one.

But this is too hopeful. Over the last 25 years, a clear pattern has emerged with each offsetting program: problems are visible, calls for improvements build, more transparency arrives, but industry pressure for low-cost compliance means almost nothing actually changes.

Some industries have benefited enormously from this soft regulation, especially fossil fuel extraction companies whose links to political parties have been concerning for many years.

Carbon offset markets won’t be fixed by calls for clear rules, especially while the Clean Energy Regulator is the buyer, seller and regulator of Australia’s offsets.

If offsets are broken by design, what should we do instead? In brief, we should switch from offsetting to a simple concept: keep fossil fuels in the ground.

To date, market-based approaches to environmental compliance have effectively given a huge windfall to the fossil fuel industry, emissions from which have only grown since offsetting approaches began. The industry has sponsored think tanks to support flexible compliance, attacked climate science and lobbied against international treaties trying to phase out out fossil fuels.

Rather than thinking of emissions by industries as something to offset, we must embrace the shift to a low-carbon society, free from fossil fuel combustion. We have to move past the magical thinking that carbon pricing and offsetting alone will lead to the technology shifts that will save us.

What does it mean for those of us buying high-quality carbon offsets for our flights? It might be a worthy act of charity, but it won’t undo the long-term damage done by carbon dioxide emissions.

Stopping new fossil fuel projects is the best way to avoid blowing through our shrinking carbon budgets into very dangerous levels of warming. Unlike offsets, phasing out fossil fuels can be easily monitored and verified. We know cutting fossil fuel use will make a difference as we work to check the worst ravages of climate change.

We can’t stabilise the climate without carbon offsets – so how do we make them work?

Citation:
Now we know the flaws of carbon offsets, it’s time to get real about climate change (2022, April 25)
retrieved 27 April 2022
from https://phys.org/news/2022-04-flaws-carbon-offsets-real-climate.html