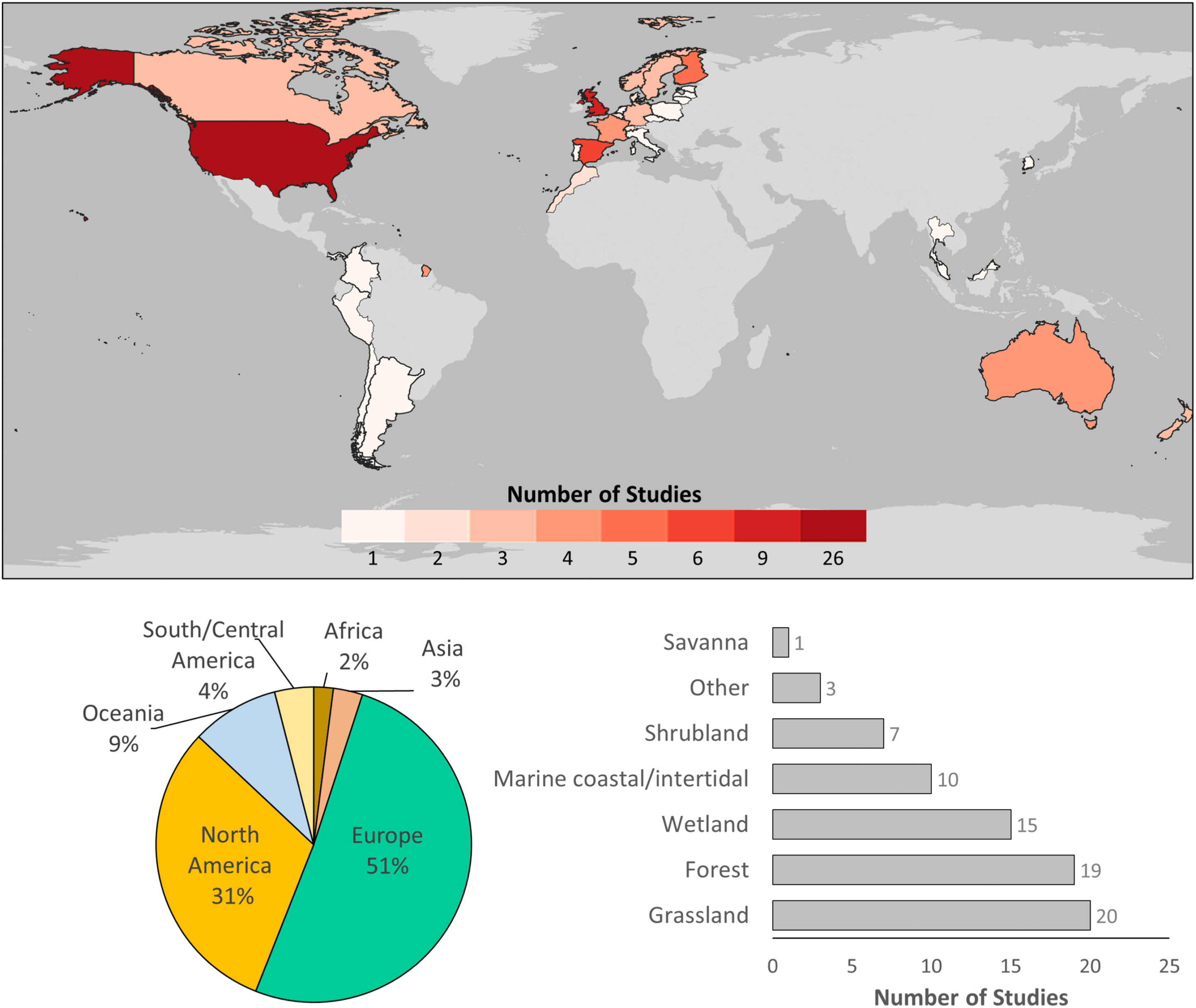 This offers hope that conservation can play a key role in safeguarding species and their populations.

Climate change is increasingly affecting natural ecosystems around the world, fueling growing concern about its potential to drive many species towards extinction. Whilst limiting greenhouse gas emissions will reduce the magnitude of future climate change, there is also an urgent need to understand whether effective conservation action can also help vulnerable species to cope with climate change (termed “adaptation”).

A newly published study, led by the British Trust for Ornithology (BTO) and involving Nottingham Trent University, addresses this gap by reviewing the conservation literature, including that collated by Conservation Evidence, to identify studies which test the effectiveness of conservation actions on species’ populations also affected by climatic factors.

Successful measures included restoring native vegetation to reduce the negative impacts of drought, maintaining an effective protected area network to help species shift their distribution in response to climate change, and actively managing vulnerable populations so they can cope with climatic extremes such as flooding or high temperatures.

Conservation interventions targeted at the recovery of individual species were estimated to be the most effective, demonstrating benefit on three quarters of occasions.

Although wider conservation interventions, such as the establishment of protected areas or habitat management, were estimated to be less beneficial for individual species, the fact that such measures are likely to influence a larger number of species than more targeted actions means that they are also worthwhile in a changing climate.

Within the UK, for example, the network of protected areas has facilitated the expansion of the Dartford Warbler, a species of conservation concern, while more widely across Europe such networks have been important for the conservation of migratory waterbirds affected by climate change.

Dr. Katharine Bowgen of the British Trust for Ornithology and lead author of the report said “It was really encouraging to see the number and range of conservation interventions that were identified as helping species cope with a changing climate. Our study provides more evidence that conservation action can help nature adapt to climate change.”

Professor James Pearce-Higgins, British Trust for Ornithology’s Director of Science who oversaw this research said “This study provides much needed evidence to show how conservation organizations should respond to climate change and to support investment in climate change adaptation. Targeted adaptation may help the most vulnerable species persist in a changing climate, whilst promoting effective protected area networks and improving the condition of degraded habitats is likely to benefit large numbers of species.”

Dr. Wendy Foden, co-author of this study and Chair of the IUCN SSC Climate Change Specialist Group said “This study should spur conservation organizations to action. However, it is important that they monitor the effectiveness of their actions so we can build on this study and better understand what works, where and when. This is particularly the case in the tropics and Southern Hemisphere where far more studies are needed.”

Dr. Esther Kettel, an ecologist in Nottingham Trent University’s School of Animal, Rural and Environmental Sciences, said: “This work is incredibly important because it provides evidence that the huge conservation efforts of individuals and organizations may help some species that are facing, and will face, challenges associated with climate change. However, we need to be cautious as climate change can present unpredictable challenges that conservation needs to adapt to.”

Co-author Dr. Georgina Magin from Fauna & Flora International said “Over recent years the complex inter-relationships between climate change and biodiversity loss have become increasingly evident; the impact of a changing climate on biodiversity also has wider implications for the broader services that nature provides. This study highlights the significant opportunity for targeted measures to support the adaptation of individual species in the face of climate change, an important finding for the planning of conservation responses in the context of future climate scenarios.”

Citation:
New study offers hope that conservation can help nature adapt to climate change (2022, May 19)
retrieved 20 May 2022
from https://phys.org/news/2022-05-nature-climate.html