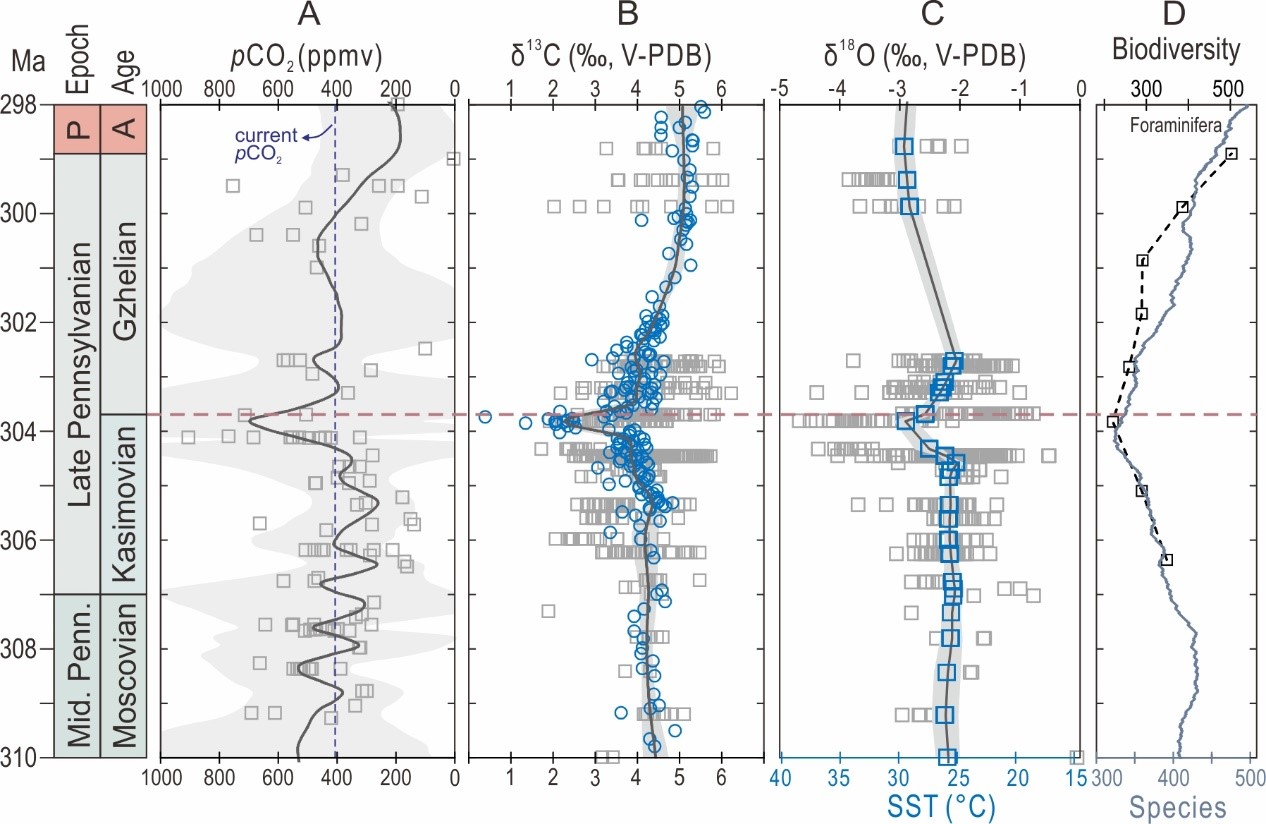 
What will happen in the near future as global warming continues? What environmental conditions will life on Earth most likely confront? Episodes of climate change in Earth’s deep past may provide valuable clues for answering these questions.

A recent study led by scientists from China, the U.S., and New Zealand reveals that an abrupt warming linked to massive carbon emission during a previous icehouse climate state caused an anoxic areal extent equivalent to about 20% of the seafloor, along with a significant drop in biodiversity.

This finding was published in Proceedings of the National Academy of Sciences of the United States of America (PNAS) on May 2.

As we know, Earth is currently experiencing the Cenozoic icehouse climate that started 34 million years (Myr) ago. However, global temperatures have risen rapidly over the last couple of centuries.

Where will global warming take us in the future? Substantial uncertainties exist regarding modeling results based on current observations. For this reason, many scientists are focusing on understanding past episodes of carbon emission and ocean deoxygenation, particularly under icehouse climate conditions.

The Late Paleozoic Ice Age (LPIA, 360-280 million years ago) is the longest-lived icehouse climate and the only one that recorded a transition from an icehouse to a greenhouse climate since the appearance of advanced plants and a terrestrial ecosystem.

The LPIA is also the only geological period characterized by low atmospheric CO2 and high O2 concentrations, comparable to modern day conditions. Therefore, it is critical to study carbon emissions and their consequences during the LPIA in order to better understand the processes and feedbacks of the icehouse Earth system, and thus better predict future environmental and biodiversity changes.

An international research team led by Dr. CHEN Jitao from the Nanjing Institute of Geology and Palaeontology of the Chinese Academy of Sciences, Dr. WANG Xiangdong from Nanjing University, and Dr. Isabel P. Monta？ez from the University of California, Davis, studied Carboniferous strata of southern China for over 10 years, looking at sedimentology, stratigraphy, paleontology, and geochemistry.

Scientists collected samples every 10 to 20 cm for strata-more than 40 meters thick-from the two sections and measured carbon and uranium isotopes within the samples to explore global carbon cycling and marine anoxia.

They utilized the global carbon-cycle model LOSCAR and paleo CO2 concentrations to simulate a total amount of 9,000 Gt C emitted over a period of 300,000 years, causing an increase in the sea-surface temperature of ~4°C. They also modelled an increase in the areal extent of the anoxic seafloor from 4% to 22%, causing a dramatic decrease in biodiversity.

The study further finds that warming-induced marine anoxia may be more pronounced in a glaciated rather than an unglaciated period.

An abrupt episode of global warming occurred ~304 Ma under Carboniferous icehouse climate conditions, consistent with doubling of atmospheric carbon dioxide, significant negative carbon isotope excursion, an increase in sea-surface temperature, and a drop in biodiversity. (Image by NIGPAS)
/Public Release. This material from the originating organization/author(s) may be of a point-in-time nature, edited for clarity, style and length. The views and opinions expressed are those of the author(s).View in full here.