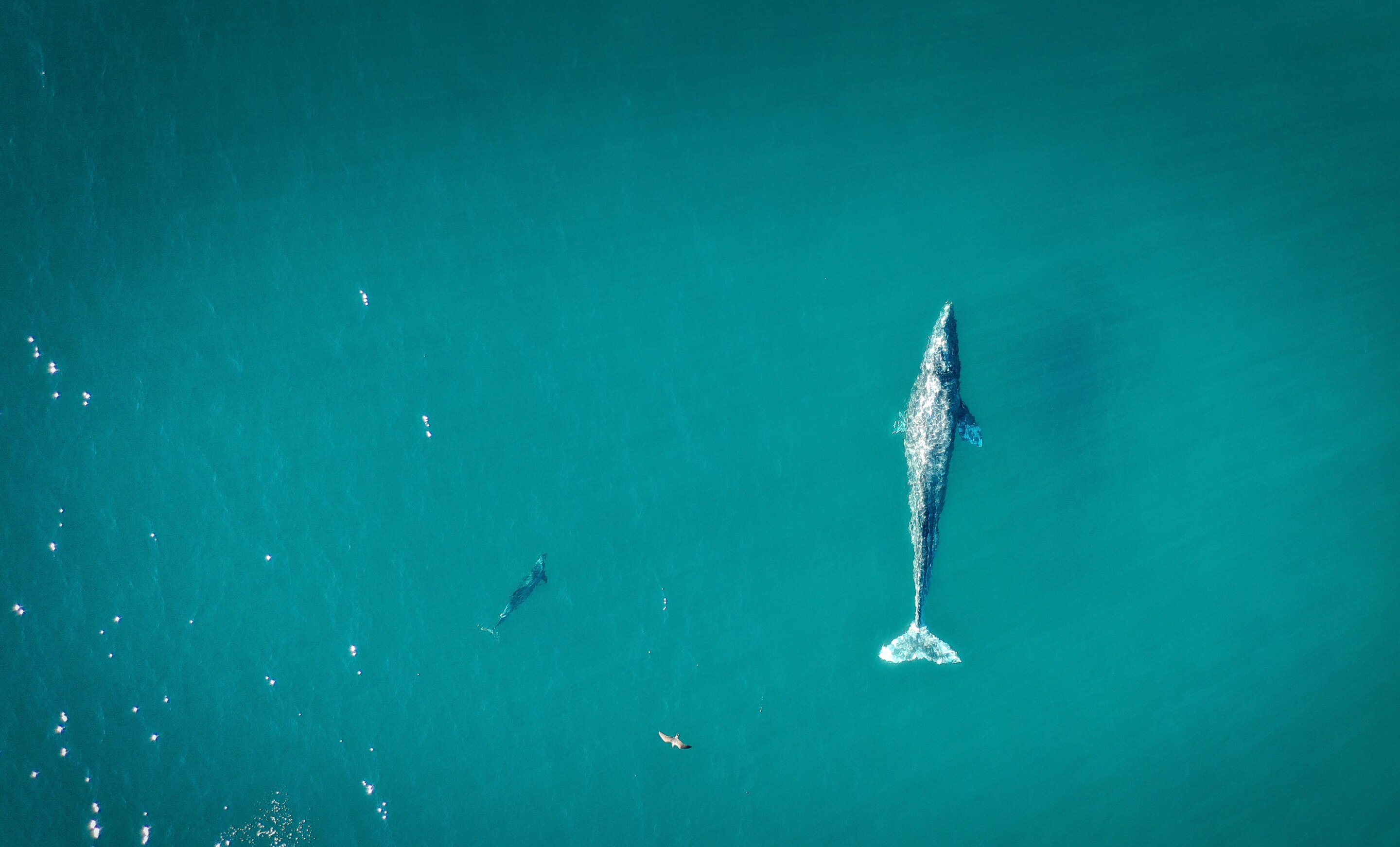 
A new study lead by Dr. Ellen Coombs, who studied her Ph.D. at The Natural History Museum and University College London, has revealed for the first time that the diversity we see in whale (Cetacea) skulls was achieved through three key periods of rapid evolution.

Whales have a fascinating evolutionary history transitioning from being land-based to wholly aquatic in just eight million years. Specimens are well documented historically because their bodies are easily preserved in ocean sediment and their large size has made them much easier to find and recover for study.

Dr. Ellen Coombs says, “We’ve gathered the most expansive cranial data set for whales which exists on the planet. Our data came from both specimens of living species and fossilized whales, 32 of which are held in the Natural History Museum’s collections

“In-fact the data used for the largest whale species, and animal, ever to have existed—the blue whale, came from Hope the Museum’s prized blue whale skeleton which hangs in Hintze Hall.

“Because the cranium captures many of the most extreme shifts in feeding, respiration, and sensory structures, it is ideal for understanding these rapid and radical changes, but no previous study has reconstructed the evolution of the cetacean cranium through the full breadth of their extinct and living diversity.”

The newly published research revealed that there have been three rapid bursts of whale evolution the first being 47.8–42 million years ago (Mya). This is when the ancient whales known as Archaeocetes first took to the water and showed rapid changes in their skull morphology, possibly due to a lack of competition resulting in changes that would allow species to take advantage of abundant food resources.

Dr. Coombs comments “Within eight million years, the ancestors of whales go from being fully terrestrial, such as the four-legged, furry Pakicetus which lived around the edge of the Tethys Sea, to fully aquatic.

The second wave of diversification came 39 Mya when we saw the divergence of toothed whales, Odontoceti, and the baleen whales, Mysticeti. The Odontocetes underwent drastic changes to the nasal and facial regions of the skull to allow more specialized echolocation whilst the Mysticete skull adapted to allow bulk feeding of smaller prey items.

Finally, 18–10 Mya we see highly specialized cranial evolution especially in species such as the sperm whale. The refinement of echolocation has meant these toothed whales no longer needed to see their prey and could dive deeper and become more specialized feeders. The study also revealed that throughout their history the Mysticetes seem to evolve at a slower pace than Odontocetes. It appears that mysticetes achieved an optimal morphology for filter feeding and their skulls haven’t had to change much, except for in size, since.

Dr. Coombs adds, “One thing we are really proud of with this study is the distribution of specimens included.

“For this study we made a concerned effort to include important specimens from the Southern hemisphere including Peru and New Zealand. This way we hoped to give an accurate view of the evolution of a group that have truly conquered the globe.”

It is hoped that future work can utilize these findings whilst studying environmental changes to fully understand whale evolution and predict and protect against changes that may endanger these incredible creatures.

The study “The tempo of cetacean cranial evolution” is published in Current Biology.

Citation:
Largest ever study of its kind reveals whales evolved in three rapid phases (2022, May 10)
retrieved 10 May 2022
from https://phys.org/news/2022-05-largest-kind-reveals-whales-evolved.html