Land Restoration a Must to Mitigate Global Desertification 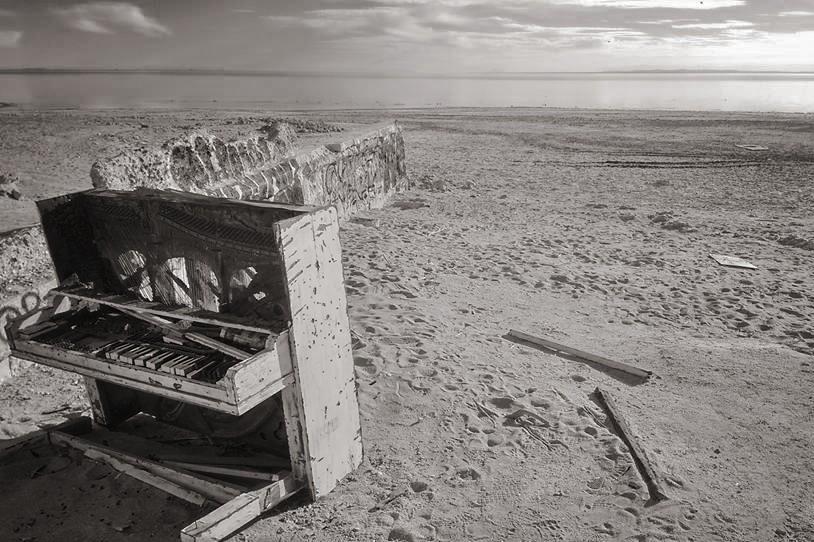 
Two reports out this spring from the United Nations Convention to Combat Desertification (UNCCD) carry stark warnings not just for the future of business on Earth, but for life itself. According to Global Land Outlook 2, released in April, $44 trillion (half the global GDP) is at risk from the effects of land degradation, and half of all people on Earth are already being negatively affected in one manner or another. While as much as 40 percent of land is already degraded, another cumulative chunk near the size of South America is predicted to join it by 2050 unless major changes are made. To make matters worse, drought has increased by 29 percent over the previous decades and will continue to worsen, according to the second U.N. report released this month. As a result, humanity is facing a crisis of increasing demand for food and fresh water even as our planet’s land is rapidly desertifying and droughts are becoming more frequent and intense.

It isn’t all doom and gloom, however. The GLO2 report does offer viable solutions that can help curb desertification. And, as the nonprofit Project Drawdown has demonstrated, climate action does not have to come at the cost of development or equity in the Global South. While the time to act is now, the potential return on investment is certainly worth it — with between $7 and $30 amassed in environmental benefits for every dollar that is spent on land restoration.

GLO2 presents three scenarios along with the future consequences of each: baseline, restoration and, in the most optimistic scenario, restoration and protection. In the first scenario, no changes are made to land use patterns. By 2050, not only will 6.2 million square miles (16 million square kilometers) be further degraded, but land productivity will decrease an additional 12 to 14 percent even as the population increases. At the current rate of degradation, carbon storage loss will likely result in an excess of 69 gigatonnes of carbon being released into the atmosphere over the same time period.

In the restoration scenario, 5 billion hectares (or 35 percent of the planet’s total land) would need to be restored. This would require strategies such as transitioning from monoculture to agroforestry and silvopasture, assisted natural regeneration, and regenerative grazing management. Instead of the decreased crop yields expected in the baseline scenario, restoration would increase yields by 5 to 10 percent and the water retention of rain-fed cropland would increase by 4 percent. Biodiversity loss would be less extreme — with approximately 11 percent of species that would otherwise be lost remaining.

By adding protections to the restoration model, the UNCCD expects to avoid substantial land degradation and desertification from clearing, draining and conversion, while also increasing natural areas by 4 million square kilometers as of 2050. This would help avoid one-third of predicted biodiversity loss and continue to store 83 gigatons of carbon that would otherwise be released into the atmosphere.

If land degradation and desertification are not enough to motivate leaders to follow the third option, perhaps the UNCCD’s warning regarding global drought will push them over the edge toward sustained and targeted climate action. According to the convention, we are “at a crossroads” when it comes to managing drought. “The facts and figures of this publication all point in the same direction: an upward trajectory in the duration of droughts and the severity of impacts, not only affecting human societies but also the ecological systems upon which the survival of all life depends, including that of our own species,” Ibrahim Thiaw, executive secretary of the UNCCD, said in a statement.

Land restoration is vital to protecting human life and biodiversity from drought. At the same time, biodiversity is crucial to soil’s capacity to filter and store water as well as cycle nutrients. Continued land degradation will only make drought worse, creating a cyclical downturn for a food system that will be increasingly strained by the need to feed a growing population. “Modern agriculture has altered the face of the planet more than any other human activity,” Thiaw explained regarding GLO2. “We need to urgently rethink our global food systems, which are responsible for 80 percent of deforestation, 70 percent of freshwater use, and the single greatest cause of terrestrial biodiversity loss.”

Land restoration and protection should be made an immediate priority in order to mitigate further desertification and protect against extreme drought. Failure to do so will worsen climate change and its effects on humans and biodiversity loss. Left unchecked, humanity faces a crisis of food production at the same time that our population is rapidly expanding. Global leaders must act now to reverse course. Doing so protects business and the GDP from threats to the market while ensuring a sustainable planet that can continue to supply us with food, water, and the means for profit.