La Niña, climate change — why Indian subcontinent got scorched so early & for so long this year 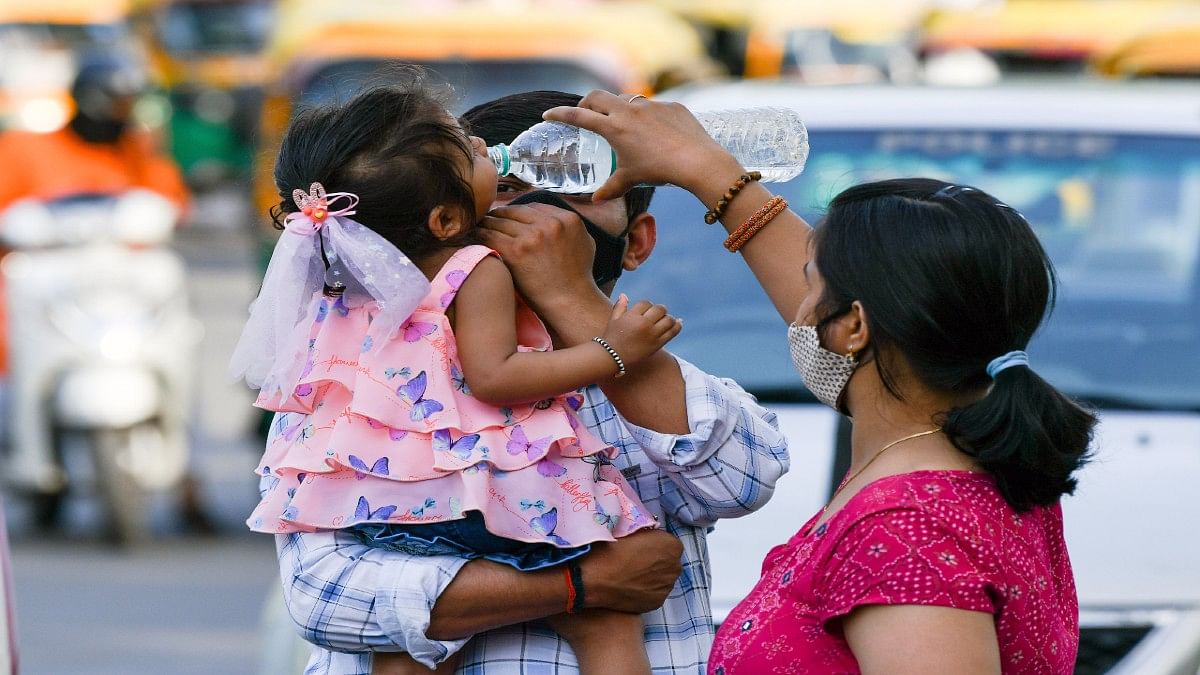 
Bengaluru: The Indian subcontinent is currently at the tail end of a prolonged heat wave that lasted nearly six weeks, resulting in the warmest March and April on record for the region. During this time, Indian cities saw temperatures soar to over 45°C, while places in Pakistan went upwards of 47°C.

The persistence of the heat wave is linked to pressure conditions created by the ongoing La Niña phenomenon, which formed for a second consecutive year in the winter of 2021. La Niña is an oceanic phenomenon that moves warm waters from the western Americas towards eastern Asia in the Pacific, and in turn also affects the jet stream.

Jet streams are bands of powerful winds that circle the globe at different latitudes, affecting the global weather.

The formation of a ridge in the subtropical jet stream over India resulted in a high-pressure zone that trapped heat within the subcontinent, creating a persistent heat wave.

While heat waves are common this time of the year and peak in May, the ongoing heat wave was first declared uncharacteristically early on 11 March.

What is a heat wave?

The India Meteorological Department (IMD) defines a heat wave as a condition when the average maximum temperature exceeds 45°C, or if the temperature is higher than normal by 4.5°-6.4°C on at least two consecutive days.

A severe heat wave, meanwhile, is a condition when average temperatures rise to over 47°C, or an increase of more than 6.4°C above the normal is recorded two days in a row.

Many parts of the country experienced a severe heat wave this season.

Every summer, the formation of a low pressure over India pulls in high-pressure winds from the Arabian Sea, causing the monsoon. However, the subtropical jet stream that blows over the northern half of India developed a ridge or a crest. This meant that the hot air over land was boxed in from all sides by the jet stream’s high pressure, resulting in the formation of a ‘heat dome’. The resultant overall high-pressure region prevents other winds from being pulled into the subcontinent.

Within the heat dome, the jet stream moves air from west to east, but this air sinks back hot, leading to a heat wave.

Experts believe the anomaly itself was likely triggered by persistent La Niña conditions, which continue to affect weather in parts of the globe.

La Niña produces a low-pressure pattern over the Indian subcontinent, which leads to a harsh winter. This climate pattern dissipates after the winter, but has continued to persist this year, for two years in a row, leading to other disturbances like the formation of rare cyclones in March.

All these conditions, combined with the warming Arctic’s currents being pulled down, caused heat-wave conditions to persist for nearly two months. Land surface temperatures, which consistently measure much higher than atmospheric temperatures even in normal circumstances, crossed 60°C in parts of the country over the weekend.

The presence or absence of moisture plays a major role in how a heat wave affects life on Earth.

In arid regions, increased evaporation and dryness lead to conditions ripe for fires. In just the first three months of this year, over 1,00,000 forest fires were recorded across Uttarakhand, Chhattisgarh, Rajasthan, Madhya Pradesh, Odisha, Karnataka, and Tamil Nadu.

The rise in mercury also leads to dehydration and heat strokes, which can be fatal if not treated.

In more humid regions, such as eastern coastal states, heat and humidity make for an even deadlier combination. When humidity is too high, the human body can no longer cool itself through perspiration, leading to overheating and bodily damage.

Delta-8 THC is one of the most talked-about...
Read more
Previous articleWorst drought in decades devastates Ethiopia’s nomads
Next articleVariability in frost occurrence under climate change and consequent risk of damage to trees of western Quebec, Canada