It’s raining harder than ever. New research says climate change is to blame. 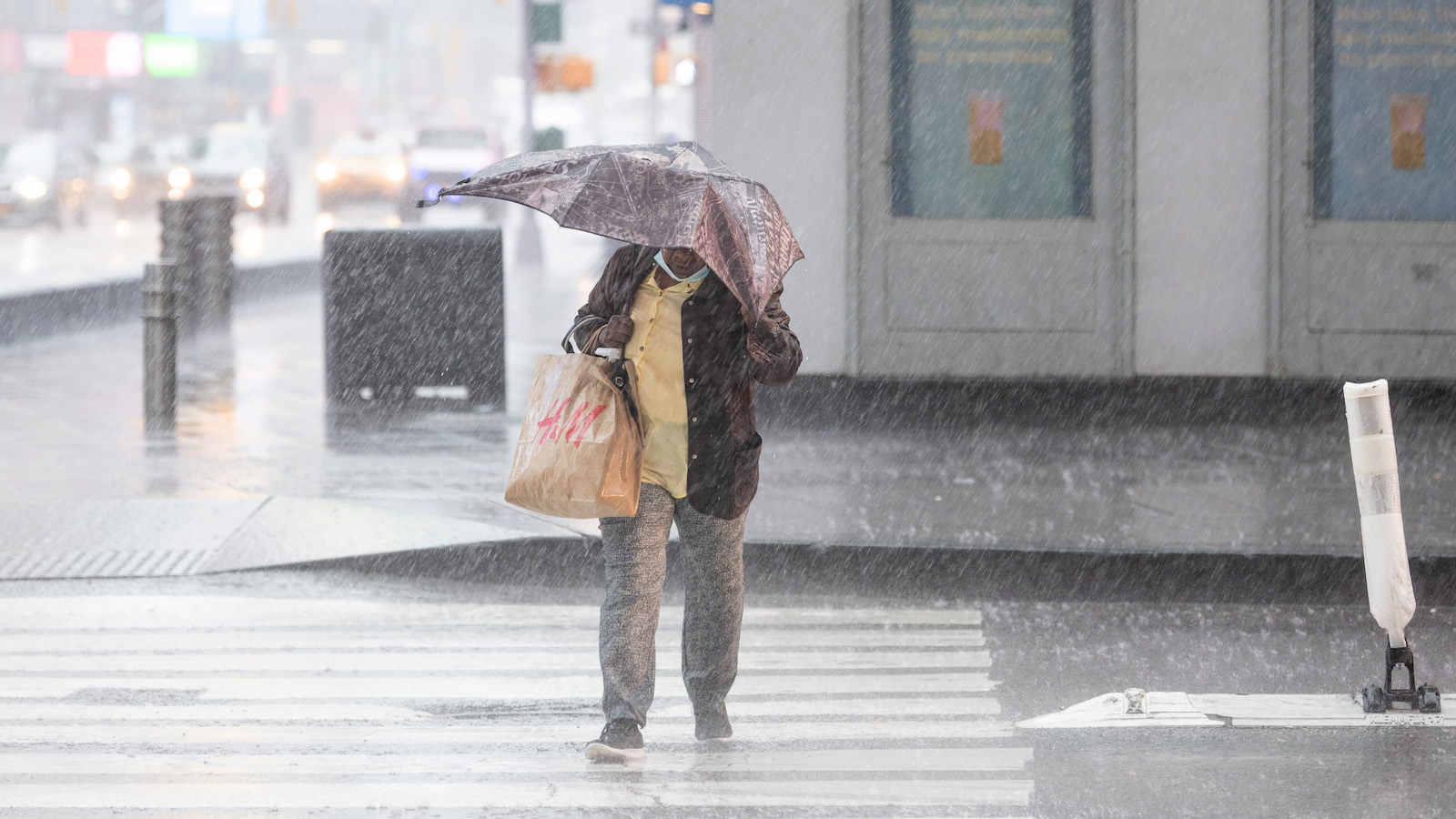 
The old cliche is more accurate than ever before: When it rains, it pours. According to an analysis of hourly rainfall data released Wednesday by the nonprofit science and media organization Climate Central, the U.S. has seen widespread increases in rainfall intensity since the 1970s. These extremes elevate the risk of dangerous flash floods, soil erosion, and the destruction of crops. And climate change is largely to blame.

“This is directly related to temperature increases,” said Andreas Prein, a project scientist at the National Center for Atmospheric Research who wasn’t involved in the report. “The warmer it gets, the more extreme the rainfall rates get.

To conduct its analysis, Climate Central considered the amount of yearly rainfall divided by the number of hours of rain in the United States, what’s known as the rainfall intensity index. This index rose across 90 percent of the 150 weather stations that Climate Central examined, with an average increase of 13 percent between 1970 and 2021. Ninety-five of them showed a surge in hourly rainfall intensity of 10 percent or more.

Some of the largest jumps in extreme rainfall were in typically dry places: El Paso, Texas, experienced a 40 percent swell in hourly rainfall intensity despite having an average annual precipitation rate of less than 9 inches. And Reno, Nevada saw 30 percent more intense rainfall despite getting just 7.4 inches of rain per year. In fact, all but one of the top 10 locations with the greatest increase in extreme rainfall are also places where yearly precipitation is below the national average. According to Climate Central, this highlights the paradoxical risks of extreme precipitation everywhere — even in places becoming drier.

What’s behind the heavier rainfall? Rising temperatures play a significant role. With every degree Fahrenheit of warming, the air can hold 4 percent more moisture — and since the U.S. has warmed by roughly 2.6 Fahrenheit since 1970, American skies can now be weighed down by about 10 percent more water. This water is increasingly being released in short, intense bouts across the country. The trend is particularly pronounced in the Northeast and Midwest, where the rainiest days became up to 55 percent wetter between 1958 and 2016.

If governments fail to cut carbon emissions and prepare for more intense rainfall, it could get even worse. According to a paper published in the journal Nature earlier this month, a high-emissions scenario could cause U.S. flash floods to become 8 percent “flashier” by the end of the century, threatening infrastructure, the food system, and lives. Milder floods are projected to increase too, disproportionately jeopardizing poor communities and communities of color, as these groups are often left out when it comes to federal disaster relief.

Rob Moore, a senior policy analyst at the nonprofit Natural Resources Defense Council, said the U.S. is woefully unprepared for extreme rainfall and the flooding that it will cause — and not just from hurricanes. Storm surges caused by intense rainfall threaten a large number of cities whose stormwater systems were designed decades ago. These systems were never intended to deal with today’s intensifying rainfall, Moore said, let alone an even wetter future.

“We need much better, climate-informed decision-making in this country,” Moore said, calling on policymakers to incorporate the flood risks of 2070 into building codes, flood maps, and infrastructure being built today. Not doing so — trusting the precipitation data of the cooler past — is like driving with only the rearview mirror. It works on a straight road, Moore said, but as soon as you hit a curve? “You’re going to plow right off the road.”

Age Hammeken Danielsen has hunted narwhals since he...
Read more
Previous article‘Nature bounces back when given a chance,’ Planet CEO says
Next articleHonda joins alliance dedicated to biodiversity protection