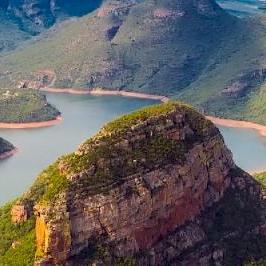 
For the first time, the Framework includes a proposed target that directly addresses the harvest, use and trade of wild species of flora and fauna and targets that recognise the benefits to conservation and humans resulting from the legal and sustainable use of wild species.

However, TRAFFIC is concerned that many of the essential indicators to monitor the progress towards the Targets are still undeveloped. TRAFFIC believes this is the opportunity for governments and stakeholders to heed the advice and invest in developing pre-existing or new monitoring measures.

TRAFFIC is heartened that governmental support for targets on harvest, use and trade of wild species still remains strong. But, without robust measurement of progress, the international community will be doomed to repeat the failure of the previous Aichi Biodiversity Targets.”

Given the importance of the use of wild species for economies, food security, and livelihoods, TRAFFIC believes that concerns and challenges over harvest, trade and use need to be tackled at the national level before they are elevated to indicators at the global level. Therefore, indicators that assess sustainable use and highlight these issues domestically will be critical.

“TRAFFIC is committed to supporting the development of robust indicators for sustainable use of wild species, particularly on how these indicators based on the country’s data can be meaningful and useful at the national level, with the potential to aggregate up to a regional or global indicator,” said Scobey.

Curating effective indicators is critical as the Post-2020 Global Biodiversity Framework will set the national and global conservation agenda for the next ten to thirty years. Because of the complexity of an international agreement and individual countries’ need for financial resources to live up to the Targets, it’s not been a straightforward process.

Last May saw the first physical meetings of the Open-Ended Working Group (OEWG) on the Post-2020 Global Biodiversity Framework and the subsidiary bodies of the Convention on Biological Diversity since 2020. Although some progress has been made, governments have not yet been able to agree on the final text of the Framework and its Targets.

It is hoped that the text will be finalised at the fourth meeting OEWG meeting that will take place in Nairobi next month.

“As we move ever closer to adopting the framework – that is scheduled to take place at the meeting of the Conference of the Parties to the Convention on Biological Diversity later this year – participants of the meeting in Nairobi must agree and determine how best to measure these vital Targets,” urges Scobey.

Another stumbling block to consensus on the Framework’s text revolves around equitable sharing of the benefits of natural resources. TRAFFIC stresses the importance of engagement of indigenous peoples and local communities to ensure the sustainable use of wild species and equitably benefits all communities involved in harvesting.

“TRAFFIC is encouraged by the high-level financial commitments made at the UN Biodiversity Conference in Kunming, China, in October last year, but much more work needs to be done. Many countries have expressed the need to successfully build the capacity needed to implement the Framework’s ambitious Targets. Clear, transparent, and structured mechanisms must be established to allow quick access to these resources where it is most needed,” concluded Scobey.