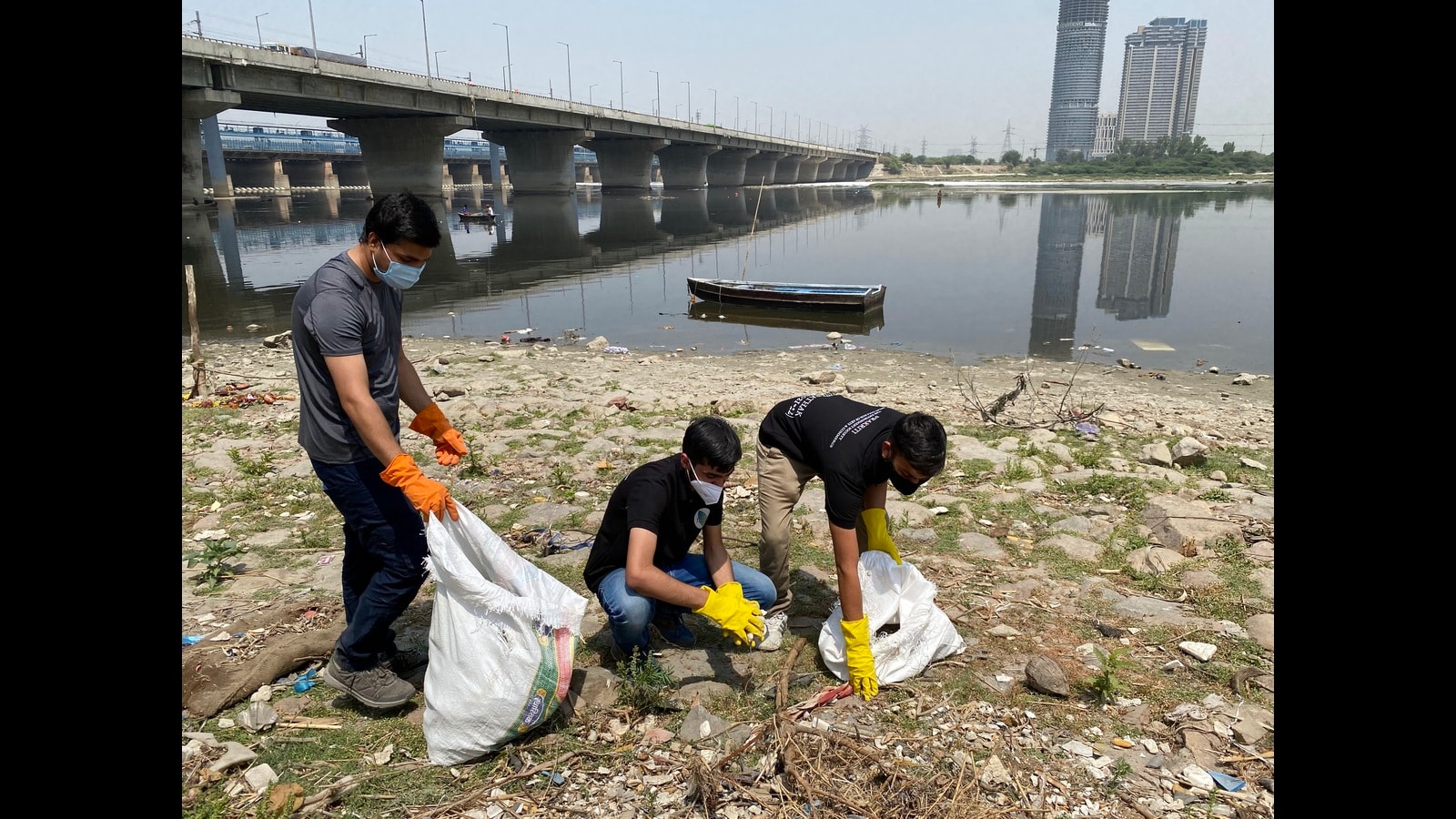 
The rising temperature and the prolonged problem of air pollution in the Capital are just a few examples, closer to home, of how the environment’s rapid decline is threatening Nature and people alike. Paying heed and actively working towards safeguarding Mother Earth, by creating awareness are some college students and community groups. Charged up to mark the International Day for Biological Diversity , today, in full fervour, some have even planned to meet up for the cause.

To raise awareness of the importance of preserving biodiversity, MH Vatavaran, the environment society of Miranda House College, Delhi University, has been organising various competitions that help create awareness. These include slogan writing, a secret letter competition — where participants will write a letter to an endangered species — and a speech competition as well. “In accordance with the guidelines of the department of environment, we have planned various activities around the theme: Importance of biological diversity. We are organising a slogan-writing competition on the same. This will help our volunteers showcase their creative ideas on how to protect the endangered species,” shares Ishita Sukhija, president of the college society, which also maintains a herbal and medicinal garden that students of Botany department use for research purposes. “One of the faculty advisors, professor Saloni Bahri takes care of the garden that houses around 42 different varieties of plants like Nyctanthes arbor-tristis (harsingar), Tinospora cordifolia (giloy), Barleria cristata (jhinti) and more,” adds Sukhija.

Geo-crusaders, the environment society of PGDAV College has scheduled an online seminar to create awareness and motivate students towards in-depth understanding of biodiversity. “We observe defined days and host lectures, seminars and various other events to create awareness and work towards a healthy environment for our present and future generations,” informs professor Gaurav Kumar, convenor of the society that holds an annual plantation drive at Sanjay Van during monsoon. Kumar adds: “For biological diversity day, we have scheduled a seminar where students will be made aware of what is biodiversity, its applications and what role individual entities play in their habitat. The reason behind the extinction of various species is largely due to the lack of information among the masses; that’s why we want to raise awareness.”

Even at Hindu College’s Panchtatva, which is always on the lookout for students who have the zeal to contribute through their ingenious green ideas, the push to create awareness is strong. “We have been creating awareness about every aspect related to the environment through events like poster-making competitions and social media posts,” says Aradhya Panwar, president of the society, informing how the message behind observing the day will be sent out from their social media handles.

Beyond the campus, various community groups in the city have plans to step out and work for the cause of environment. Take for instance We Mean To Clean (WMTC), a Delhi-based volunteer group, which is curating a free Nature walk at Japanese Park in Rohini. This will be coupled with insights by biodiversity expert Bhuvan Chopra. “A Nature walk is a great way to learn about biodiversity while also allowing for mental rejuvenation. We’ll be applying the biodiversity concepts learnt in our plantation drives as well,” says Manish Khurana, co-founder of WMTC, adding, “We observed that a lot of nature walks happen in central or south Delhi. This could, at times, become a limitation for people coming from slightly far off distances. So this time we decided to conduct our walk in north Delhi. The park we have chosen is also conveniently accessible via the Delhi Metro.”

At Sanjay Van, which is home to more than 200 species of birds and is currently being proposed to be converted into an eco-tourism hub, There Is No Earth B — a bunch of humans on a mission to save the earth — will be joined in by other city residents for a clean-up drive, today. “This Sunday we will be campaigning at Sanjay Van to help its 200 plus species of birds, 70 plus species of butterflies, several mammals such as nilgai and jackals, along with snakes and numerous insects,” shares Dhrstadyumn, founder of the group, adding, “As part of the clean-up drive, we will remove non-biodegradable waste from the forest, and alongside raise awareness about how the dhabas that are illegally encroaching the forest area and delivering food inside the forest. We will also be collecting signatures and using Instagram filters to help spread the word about the biodiversity loss that the national Capital is facing. With the heatwave sweeping across the country, it has become all the more important to recognise the importance of city forests such as Sanjay Van, and realise how it plays a crucial role in protecting us from extreme weather conditions.”