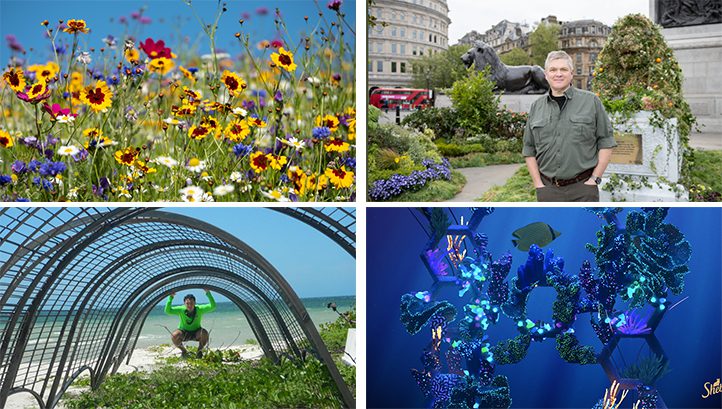 Scientists specializing in biodiversity estimate that one-quarter of the plant and animal species known to mankind are threatened by human actions and will go extinct in the coming years and decades without changes to business-as-usual approaches to the use of natural resources and without greater action to limit the global temperature increase.

Nature loss at this pace and scale would majorly impact public health and efforts to improve climate adaptation. It would also result in major economic losses, as many of the world’s biggest sectors are heavily dependent on natural resources and the services which nature provides. Research published to coincide with the World Economic Forum’s meeting in Davos in 2020 concluded that around half of global GDP is either highly or moderately dependent on nature.

Protecting and restoring nature should, therefore, be a business-critical priority for firms with any dependence on nature, as they seek to build resilience.

To mark the UN’s International Day for Biological Diversity, this article highlights six business-backed initiatives striving to make progress in this field. All of these initiatives have been launched within the past eight weeks. 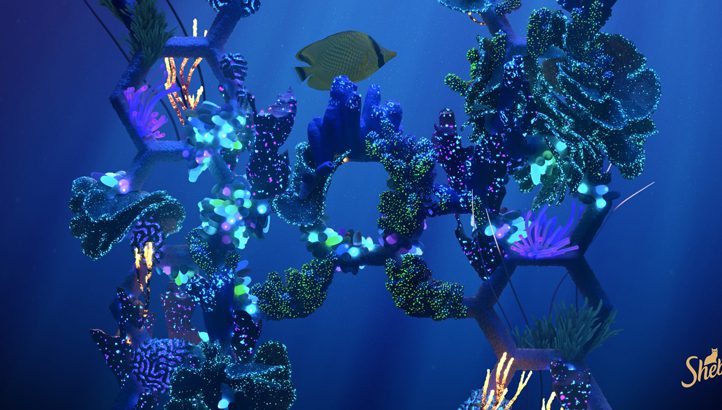 Coral reefs cover just 0.2% of the seafloor, but they support at least a quarter of the world’s marine species. The UN estimates that 14% of the world’s coral was lost between 2009 and 2020, with challenges such as warmer and more acidic water, plus industrial fishing and unsustainable tourism, causing damage.

Last May, Mars Petcare brand Sheba announced a partnership with The Nature Conservancy on what it described, at the time, as the world’s largest coral restoration programme.  The ‘Hope Reef’ restoration programme, off the coast of Sulawesi, Indonesia, had been underway for two years at that point.

One year on, Sheba has confirmed that coral coverage on the reef has now been increased to 70%, from just 1% prior to an intervention. The Nature Conservancy has reported sightings of fish which have not been recorded at the reef in more than a decade, plus a tripling of fish by biomass. Biomass is one of the key ways through which a reef’s functional integrity is measured.

Sheba has also confirmed that the ‘reef star system’ technology being used to restore corals at the site, first used there, has now been deployed in five other countries. ‘Reef stars’ are star-shaped steel structures which can be interlinked to create a ‘web’ for coral to attach to. 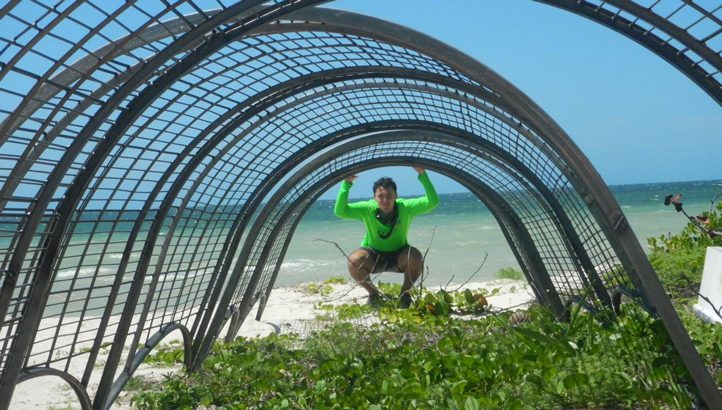 Staying on the topic of coral, British technology company CCell announced this month that it will install an artificial reef at Ramsey, Isle of Man, in a bid to protect the marina walls from erosion and to boost biodiversity.  The reef should be in place during the 2024 – 2025 financial year.

CCell has been trialling its ‘reef frame’ systems in the Gulf of Mexico over the last 18 months, and the same systems will be added at Ramsey Marina. The frames are designed to help plants and shellfish to bed in. CCell will use electrolysers powered using locally generated renewable electricity to extract seawater minerals and encourage the growth of mineral rock around the steel.

The reef will integrate used scallop shells and, in the longer term, used mussel shells, which are both by-products of the local fishing industry.

The area surrounding the marina walls will also play host to a major seagrass restoration project. The Ocean Conservation Trust will be providing support to deliver this scheme. Seagrass has water-purification benefits and is provides carbon-sequestration benefits, but the UK has already lost around 92% of the seagrass cover it would have hosted a century ago. Other businesses investing in seagrass restoration in the UK include Carlsberg and Sky.

Moving from sea to land, and from Europe to Africa, Fresh Del Monte last month held an event at Ol Donyo Sabuk National Park, Kenya, to facilitate community-led tree planting. The event saw around 3,500 tree seedlings from indigenous species planted and 2,500 further seeds scattered in the form of seed balls.

The national park plays host to buffalo, leopards, olive baboons, aardvarks, mongoose, pythons, monitor lizards, porcupines and dozens of bird species. Fresh Del Monte has been supporting nature improvement projects at the park for several years, having facilitated the planting of more than 50,000 indigenous trees to date. The Kenyan Government is notably aiming to reach 10% forest cover by the end of 2022, up from 7.2% in 2019.

Elsewhere, Fresh Del Monte has ‘adopted’ Cogon Creek, which is located near one of its major pineapple farms in the Philippines. Since the adoption of the Creek in 2018, the company has tested the Creek’s water quality every three months. It also funds regular clean-ups of the Creek and has invested in nature-based methods of preventing flooding.

Unilever announced plans to spend  €1bn on climate and nature-related initiatives by 2030 back in 2020. The funding will support the business’s transition to net-zero, the elimination of deforestation from supply chains and the transition to only biodegradable product formulas. A share of the funding is also being allocated to roll out regenerative agriculture programmes across ingredient supply chains, starting with those supplying Knorr.  Other suppliers also now have access to Regenerative Agriculture Principles tools.

Building on this work, Unilever this month confirmed plans to invest €100m into a new impact fund that will support the scaling of regenerative agriculture processes globally. AXA and Tikehau Capital are also planning to invest €100m each in the new fund. AXA’s funding will be made through its AXA Climate subsidiary. In total, the fund is aiming to leverage €1bn.

Unilever is not the only large food business financing regenerative agriculture. Danone is allocating up to $20m (£15m) to help farms across North America implement regenerative practices, for example, while General Mills has a 2030 goal to advance regenerative practices on one million acres of land. A great many more SMEs, NGOs, ingredient suppliers and smallholder collectives are also carrying out vital work in this field. 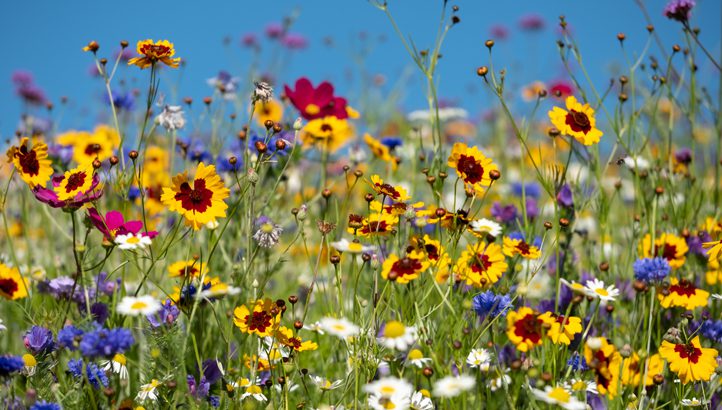 This fifth case study stays in the food system on land but involves us zooming in on the UK. After announcing a partnership with WWF and an ambition to ensure all supplier farms achieve a positive impact on nature last year, Birds Eye’s parent company Nomad Foods is distributing 20,000 wildflower seed boxes to UK-based consumers.

Shoppers will be able to win a wildflower seed box by purchasing garden peas or petit pois from Tesco, Sainsbury’s, Asda, Morrisons, Waitrose or the Co-op. They then need to scan the front of the pack and upload it online before 10 June. Those who receive a seed box will be told how to plant the seeds.

Birds Eye’s head of agriculture operations James Hopwood said the campaign will take the business’s biodiversity commitments “beyond our pea fields and into the nation’s own green spaces”. The brand itself is working to plant 75 acres of wildflower meadows across the UK by the end of 2025. Increasing wildflower meadow coverage in the UK contributes to efforts to prevent the decline of bees and other insects and, by extension, animals that eat insects, such as bats and hedgehogs. 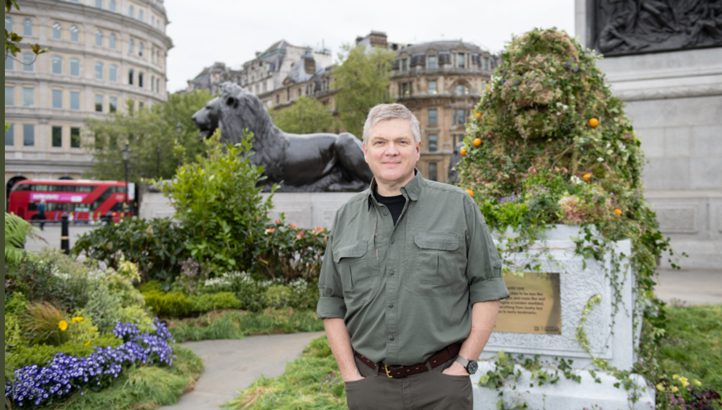 Those passing through Trafalgar Square in London on 27 April will have noticed more than 6,000 plants set up to form a garden and a lion. The temporary display was erected by innocent Drinks to mark the launch of a new campaign called ‘the Big Rewild’, though which two million hectares of land across Europe will be rewilded by 2025.

Rewilding is the process of restoring land to its natural, uncultivated state. In the UK, the Big Rewild will be providing funding and support to The Orchard Project, which works to improve nature on existing city orchards and to create new orchards. Elsewhere, innocent Drinks has selected locally-led projects in Ireland, France, Belgium, the Netherlands, Austria, Switzerland, Germany and Denmark.

It bears noting that innocent’s launch event in London did face some scrutiny on environmental grounds. Several Twitter users asked the brand what would happen to the plants being used for the display and how it was planning to address the emissions generated by the event. Innocent has confirmed that offsetting will be used to address related emissions and that all plants will be reused. It has also been urging the general public to look beyond the launch and at the campaign’s wider planned work.

© Faversham House Ltd 2022 edie news articles may be copied or forwarded for individual use only. No other reproduction or distribution is permitted without prior written consent.

"We are very pleased to have obtained this...
Read more
Previous articleVietnam joins efforts to restore ecosystems | Environment
Next article139 countries get head start on efforts to reverse species loss