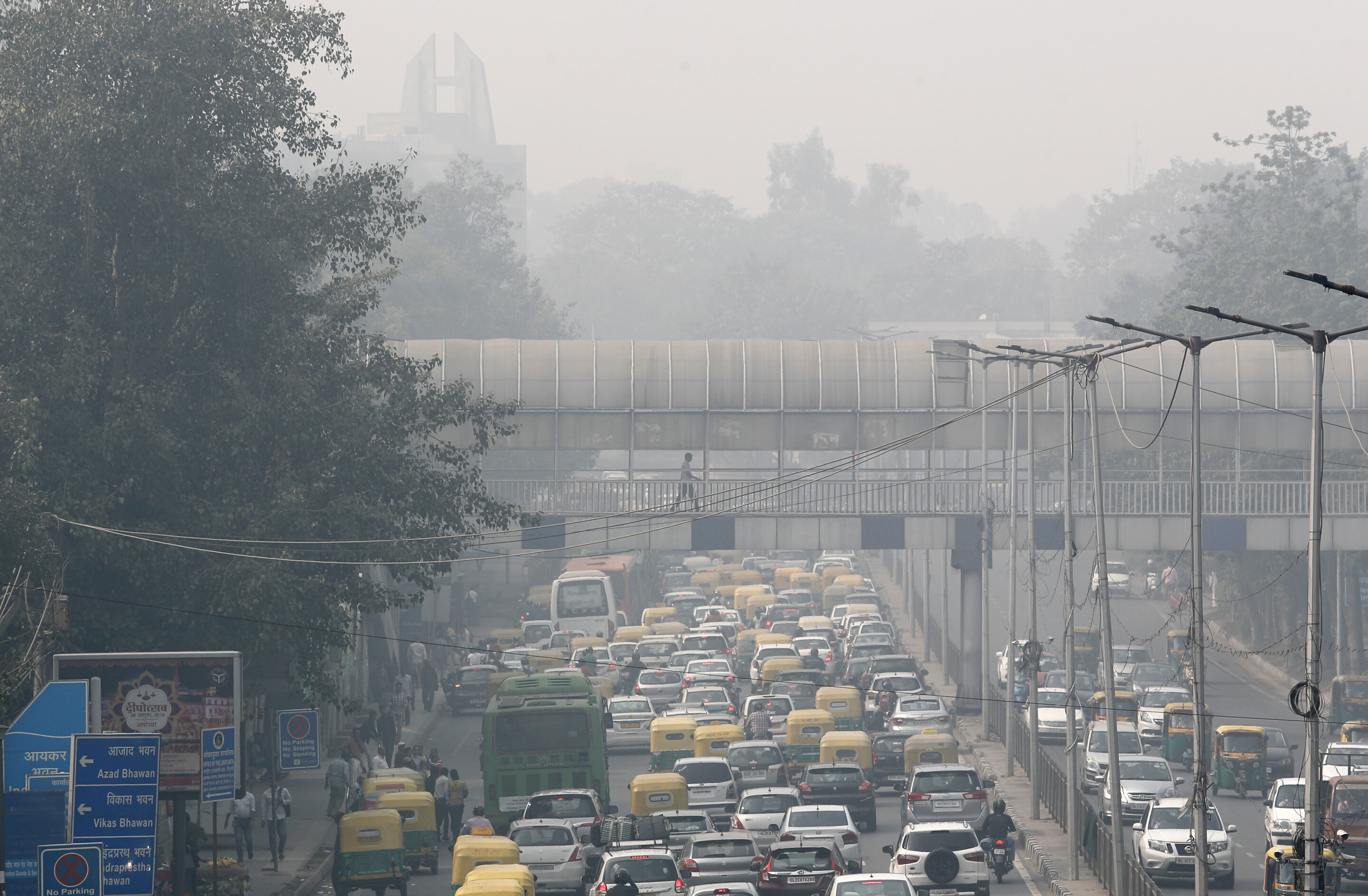 
A new study blames pollution of all types for 9 million deaths a year globally, with the death toll attributed to dirty air from cars, trucks and industry rising 55% since 2000.

That increase is offset by fewer pollution deaths from primitive indoor stoves and water contaminated with human and animal waste, so overall pollution deaths in 2019 are about the same as 2015.

The United States is the only fully industrialized country in the top 10 nations for total pollution deaths, ranking 7th with 142,883 deaths blamed on pollution in 2019, sandwiched between Bangladesh and Ethiopia, according to a new study in the journal The Lancet Planetary Health. Tuesday’s pre-pandemic study is based on calculations derived from the Global Burden of Disease database and the Institute for Health Metrics and Evaluation in Seattle. India and China lead the world in pollution deaths with nearly 2.4 million and almost 2.2 million deaths a year, but the two nations also have the world’s largest populations.

Pollution kills about the same number of people a year around the world as cigarette smoking and second-hand smoke combined, the study said.

“The bad news is that it’s not decreasing,” Landrigan said. “We’re making gains in the easy stuff and we’re seeing the more difficult stuff, which is the ambient (outdoor industrial) air pollution and the chemical pollution, still going up.”

It doesn’t have to be this way, researchers said.

“They are preventable deaths. Each and every one of them is a death that is unnecessary,” said Dr. Lynn Goldman, dean of the George Washington University School of Public Health, who wasn’t part of the study. She said the calculations made sense and if anything. was so conservative about what it attributed to pollution, that the real death toll is likely higher.

The certificates for these deaths don’t say pollution. They list heart disease, stroke, lung cancer, other lung issues and diabetes that are “tightly correlated” with pollution by numerous epidemiological studies, Landrigan said. To then put these together with actual deaths, researchers look at the number of deaths by cause, exposure to pollution weighted for various factors, and then complicated exposure response calculations derived by large epidemiological studies based on thousands of people over decades of study, he said. It’s the same way scientists can say cigarettes cause cancer and heart disease deaths.

“That cannon of information constitutes causality,” Landrigan said. “That’s how we do it.”

Five outside experts in public health and air pollution, including Goldman, told The Associated Press the study follows mainstream scientific thought. Dr. Renee Salas, an emergency room doctor and Harvard professor who wasn’t part of the study, said “the American Heart Association determined over a decade ago that exposure to (tiny pollution particles) like that generated from the burning of fossil fuels is causal for heart disease and death.”

“While people focus on decreasing their blood pressure and cholesterol, few recognize that the removal of air pollution is an important prescription to improve their heart health,” Salas said.

Three-quarters of the overall pollution deaths came from air pollution and the overwhelming part of that is “a combination of pollution from stationary sources like coal-fired power plants and steel mills on one hand and mobile sources like cars, trucks and buses. And it’s just a big global problem,” said Landrigan, a public health physician. “And it’s getting worse around the world as countries develop and cities grow.”

In New Delhi, India, air pollution peaks in the winter months and last year the city saw just two days when the air wasn’t considered polluted. It was the first time in four years that the city experienced a clean air day during the winter months.

That air pollution remains the leading cause of death in South Asia reconfirms what is already known, but the increase in these deaths means that toxic emissions from vehicles and energy generation is increasing, said Anumita Roychowdhury, a director at the advocacy group Centre for Science and Environment in New Delhi.

“This data is a reminder of what is going wrong but also that it is an opportunity to fix it,” Roychowdhury said.

Pollution deaths are soaring in the poorest areas, experts said.

“This problem is worst in areas of the world where population is most dense (e.g. Asia) and where financial and government resources to address the pollution problem are limited and stretched thin to address a host of challenges including health care availability and diet as well as pollution,” said Dan Greenbaum, president of the Health Effects Institute, who wasn’t part of the study.

Lead pollution—some from lead additive which has been banned from gasoline in every country in the world and also from old paint, recycling batteries and other manufacturing—kills 900,000 people a year, while water pollution is responsible for 1.4 million deaths a year. Occupational health pollution adds another 870,000 deaths, the study said.

In the United States, about 20,000 people a year die from lead pollution-induced hypertension, heart disease and kidney disease, mostly as occupational hazards, Landrigan said. Lead and asbestos are America’s big chemical occupational hazards, and they kill about 65,000 people a year from pollution, he said. The study said the number of air pollution deaths in the United States in 2019 was 60,229, far more than deaths on American roads, which hit a 16-year peak of nearly 43,000 last year.

Modern types of pollution are rising in most countries, especially developing ones, but fell from 2000 to 2019 in the United States, the European Union and Ethiopia. Ethiopia’s numbers can’t quite be explained and may be a reporting issue, said study co-author Richard Fuller, founder of the Global Alliance on Health and Pollution and president of Pure Earth, a non-profit that works on pollution clean-up programs in about a dozen countries.

“We absolutely know how to solve each one of those problems,” Fuller said. “What’s missing is political will.”

Pollution was responsible for 9 million deaths in 2019, with little progress during the previous four years