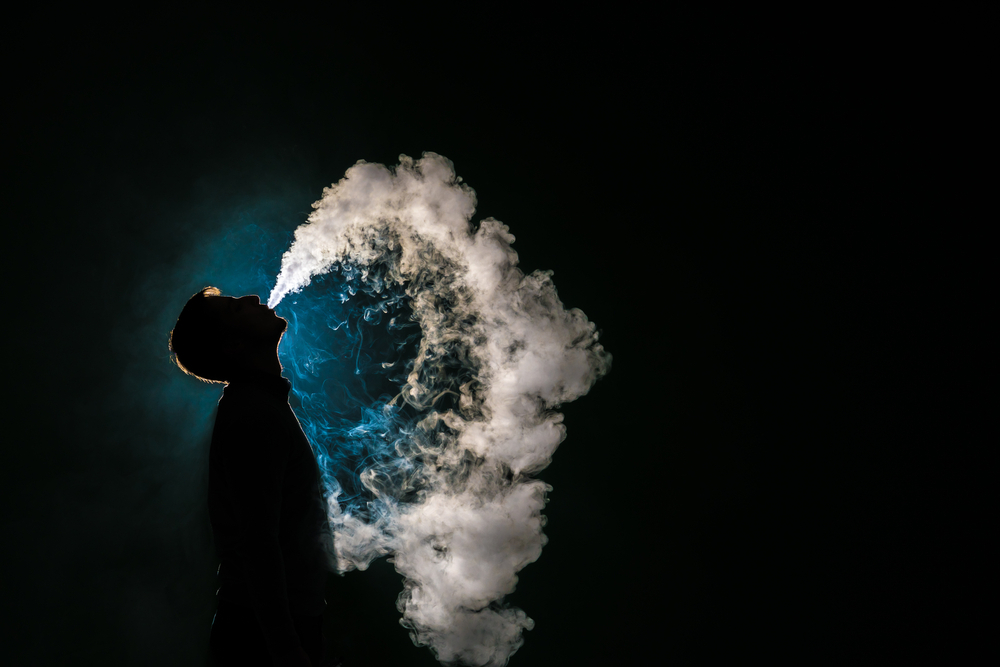 
Performing tricks is one reason people get drawn into vaping. Sure, you can perform smoke tricks when you’re smoking cigarettes. However, the variety of tricks that you can perform while smoking is more limited. With vaping, there are many tricks that you can perform. There is also an abundance of YouTube videos you can watch if you want to learn a few vaping tricks you can use to impress your friends. One of the easiest among these tricks is ghosting. This is not the ghosting type where you just disappear from someone with no explanation?. It’s a trick where the vapor comes out of your mouth in a more solid form that resembles a ghost, hence the name. The trick doesn’t end there though; inhale back the vapor you released.

Why Should I try Ghosting & Vape Tricks?

If you are new to doing vape tricks, then ghosting is a great way to start. It is easy to perform. This is one of the first tricks I learned when I started doing tricks. You don’t want to embarrass yourself in front of your friends so it is best to start with an easy to master yet impressive trick.

This trick also doesn’t require you to use props or other materials for it to work. This means you can perform this trick anywhere. You can perform this trick using any flavor you want. Some tricks require a more elaborate set-up and some materials that are necessary for a trick to work. Take the Vapor Bubble, for instance. If you want to perform this trick, aside from your vape pen, you need soap and water, and a toilet paper roll for it to work. You don’t walk around carrying soapy water and a toilet paper roll all the time. So, start with something simple and doesn’t require extra materials like ghosting.

How Do I Ghost Vape? A Guide On Disposable Vape Device

The first thing you need to practice before you can perform the ghost vape trick is your inhaling technique. This is the most important part of the trick and how successful you are in performing this trick all depends on how good you are in inhaling the vapor. This is also the part that most first timers have trouble with, especially those who never tried smoking and went straight to vaping. With vaping, you take a lung hit. This means that you pull the vapor and send it straight to your lungs. When you perform the ghost vape trick, you take a mouth hit instead. This is something common to those who used to smoke because most smokers use the mouth hit when it’s their first time trying smoking.

If you don’t like nicotine and never tried smoking, there is an easy way to learn the mouth hit. You do it the same way as drinking from a straw. When you drink from a straw and immediately gulp down then that is similar to the lung hit. For a mouth hit, it’s like drinking from a plastic bottle with the use of straw but instead of gulping or swallowing the liquid, you keep the liquid in your mouth. Try not to breathe through your nose while doing this part because it can affect the vapor quality of the ghost.

Releasing is the second part of the trick. You need to release the vapor as a ball of vapor. This differs from just exhaling a stream of vapor how you do when you’re just regular vaping. With regular vaping, you blow or breathe out a cloud of vapor. For this trick, you want to release a could that is more substantial or with more form.

The force of the flick of your tongue will also affect the density of the vapor cloud that you release. A soft flick of the tongue will cause a more dense and solid-looking vapor cloud. A harder flick of the tongue will give you a thinner yet bigger vapor cloud. Which one is better though? A denser or more solid-looking cloud is easier to capture. It also looks better since the cloud will look more refined. A thinner cloud is harder to capture and most of the time, you will end up with a wisp of vapor floating away.

Whenever I do the ghost vape trick, I try to use a medium opening of the mouth so the vapor cloud inhalation is not too fast but also not too slow. Think of it as just having the mouth halfway open. This is a preference though since I feel that this way gives me a better vapor quality to work on. Most of those who perform this trick inhale back the ghost slower. A slower inhale looks more appealing and will definitely impress your audience more.

It is also important to keep your movement to the minimum when inhaling. Moving too fast might destroy the ghost before you even get the chance to inhale it. This is a common mistake for beginners and it is understandable. Most beginners try to capture the ghost immediately because they fear the ghost might disintegrate or lose its shape before they even get the chance to capture it. But it is also important to note that a fast forward movement of the head or face will cause airflow getting pushed towards the ghost and can cause it getting destroyed. Use a slow but steady forward movement of the head which will allow the ghost to linger longer in the air before your capture it.

So, there you go, that is how easy the ghost vape trick is. This is a trick that doesn’t require any special device to perform. You don’t need any customized box mod, atomizer, battery pack, or vaporizer. A portable vape and a lot of patience are all you need. The learning curve is also shorter and you’ll be able to impress your friends with your vape trick in no time at all.

Otters are able to learn from each other...
Read more
Previous articleA Major Cause of Death for Rainforest Trees
Next article5 Little Known Facts About Kratom