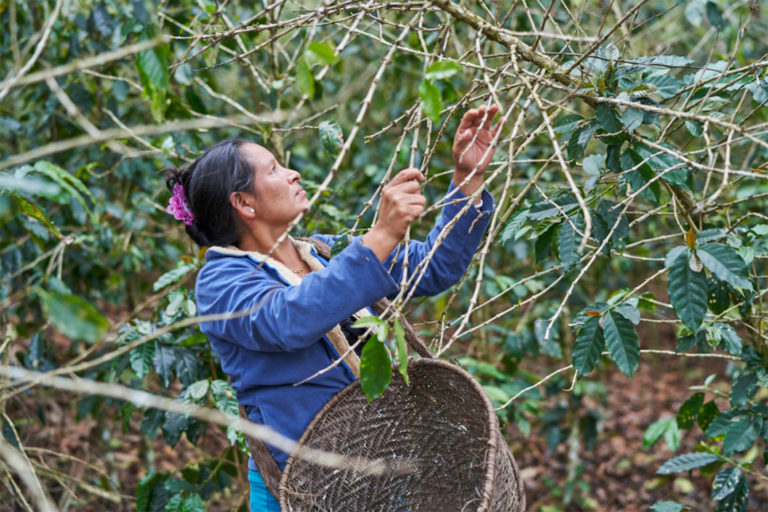 
The revelation that Indigenous people and local communities (IPLCs) receive well below 1% of climate finance, despite reports stressing their role in biodiversity conservation and climate mitigation, is giving rise to multiple funding initiatives seeking to fill this gap. The latest among them is the Community Land Rights and Conservation Finance Initiative (CLARIFI).

CLARIFI is a funding mechanism formed by Rights and Resources Initiative (RRI) and Campaign for Nature (C4N) which aims to channel funds directly to IPLC-led initiatives. According to the organizations, CLARIFI will mobilize public and private funds to secure community land tenure, conserve forests and biodiversity, safeguard traditional livelihoods, and achieve gender rights.

RRI estimates that 33% of the Earth’s tropical forest carbon is at risk without recognizing community rights to their land.

“Securing these rights will avoid 1.1 to 7.4 GtCo2e [gigatons of carbon dioxide equivalent] of emissions,” said the two global coalitions in a statement. Forests are estimated to contribute to 37% of climate mitigation goals governments have committed to in the 2015 Paris Agreement.

The funding mechanism was launched in January and is currently in its inception phase.  RRI plans to register CLARIFI as a charitable organization in the United States by the end of this year.

However, the question for many IPLC-led organizations is how exactly funding will be funneled to their conservation initiatives and how CLARIFI can stand out from many similar funding mechanisms which have promised to do the same but have not lived up to expectations.

“[CLARIFI] is being developed by and for the people who are recognized as the best stewards of rural lands and forests – that makes it a unique mechanism in this space,” states Dr. Solange Bandiaky-Badji, Coordinator of RRI in an email to Mongabay.

Gustavo Sanchez Valle, member of the Mesoamerican Alliance of peoples and forests (AMPB) and advisor to CLARIFI’s implementation, says that although the initiative won’t replace the role played by governments, it will promote initiatives that have the potential to become public policy.

According to Clare Shakya, the director of the International Institute for Environment and Development’s (IIED) climate change group, CLARIFI is an important new initiative which allows communities to make the kinds of transformational changes needed.

“But it’s crucial that this initiative isn’t just ‘business as usual,” Shakya told Mongabay. “It needs to recognize local approaches to accountability and decision making, rather than trying to impose systems from the global north.”

Getting billions on the ground

CLARIFI is not the first initiative seeking to deliver finances directly to IPLCs, while including the voices of Indigenous peoples and organizations. The Forest Peoples Partnership (FPP), a global coalition announced at the 2021 U.N. climate conference, COP26, also announced plans to channel funds directly to forest communities through policies that will be developed with input from Indigenous organizations.

Like FPP, CLARIFI plans to set a high standard for climate finance and plans to serve as a trusted fiduciary for national and regional-level funds.

A key goal of CLARIFI is the protection of least 30% of land and ocean by 2030 (the 30 by 30 goal) by titling 400 million hectares (988 million acres) of IPLC territory across the world and increasing communities’ legal land ownership to at least 50% of all tropical forests.

The 30 by 30 proposal for biodiversity conservation has become controversial among many IPLC organizations as it is conventionally associated with the expansion of protected areas which may evict communities. CLARIFI’s proposal aims to incorporate IPLC land tenure to achieve the conservation goal.

To boost legally recognized territories Bandiaky-Badji estimates that at least $10 billion is needed by 2030. But she notes that more is required to secure community rights to half the world’s tropical forests and ensure that local peoples have the capacity to manage and receive greater amounts in the future. FPP aims to mobilize $20 billion to protect 500 million hectares (1,235 million acres) of tropical forests and biodiversity.

Grants are set to range from $100,000 to $1 million. The successful management of these sums by IPLC organizations can lead to larger grants between $5 to $50 million.

Ensuring that these funds reach communities, though, is another issue.

According to RRI, its 15 years of experience directly supporting communities on the ground to secure their rights to land and forests, as well as its experience designing and establishing the International Land and Forest Tenure Facility (Tenure Facility), will assist in this regard.

Bandiaky-Badji says CLARIFI complements mechanisms such as the Tenure Facility, which provides large grants to secure tenure rights in countries where there is already an enabling legal framework and RRI’s own Strategic Response Mechanism. The latter is designed to fund timely advocacy, capacity building, and convening opportunities in a wide range of low to middle income countries.

RRI will utilize its Opportunity Framework and the Path to Scale Framework, both of which represent new analytical tools currently being used by some donor communities to make decisions on the allocation of funds to advance tenure reforms. This will also help identify communities that will receive grants and track the progress of those initiatives both at country and global level.

The existence of multiple funding mechanisms is seen as a positive step for IPLC organizations. CLARIFI aims to build upon other regional and national funds being developed by IPLC networks around the world, as well as those already well-established and organized in industrially developing nations.

“CLARIFI supports the idea of the Shandia Vision, being developed by the Global Alliance of Territorial Communities (GATC), for a diverse ecosystem of mechanisms to channel funds to local organizations,” said Bandiaky-Badji.

However, there is a vital need to build capacity and structures within Indigenous communities to effectively manage financial resources, states Carlos Rodriguez, the CEO of Global Environment Facility (GEF) during an interview with Mongabay last year.

For CLARIFI, this is not news as “fit for purpose” grant management protocols that will satisfy both community and stringent donor requirements are being developed with input from Indigenous Leaders, RRI, C4N and their donors, such as the Bezos Earth Fund.

Although Indigenous peoples have the capacity to manage rural land and forests, Bandiaky-Badji states, complying with donor requirements is frequently difficult for local organizations.

“A key gap inhibiting the flow of funding [directly] to communities is that donor requirements for financial management and reporting are increasingly onerous,” she explained. “They lack the capacity to comply with technical requirements of donor finance, [and] this represents a major bottleneck to channeling funds at scale to local peoples.”

The Path to Scale which, according to Bandiaky-Badji, played a critical role in coordinating the COP26 Glasglow Declaration on Forests and Land Use, is a solution to this problem.

Once grant management protocols are developed and approved, they will be tested in the planned pilot of CLARIFI in the tropical Andes and Congo Basin. CLARIFI will start by granting $15 million to indigenous-led initiatives in Colombia, Ecuador, Bolivia and Peru in the Tropical Andes and $10 million to initiatives in Gabon, Republic of Congo, and the Democratic Republic of Congo in the Congo Basin.

CLARIFI recently held a scoping mission to track key local actors and other stakeholders for the pilot in the Congo Basin. Planning meetings in both the Congo basin and Latin America are set for May and June.

Thereafter the most strategic opportunities to advance the goals of the project will be identified, and stakeholders can further decide how to organize to deliver funding.

Banner image: The Indigenous community of Catoteni, in Atalaya province in Ucayali, has tried to resist the threat of illegal activity. Image by Christian Ugarte.

Related listening from Mongabay podcast: We discuss several Indigenous-led conservation projects in the United States with Dr. Julie Thorstenson, a member of the Cheyenne River Sioux Tribe and director of the Native American Fish and Wildlife Society, as well as American science journalist and author Michelle Nijhuis. Listen here: