For wildlife on Brazil’s highways, roadkill is just the tip of the iceberg 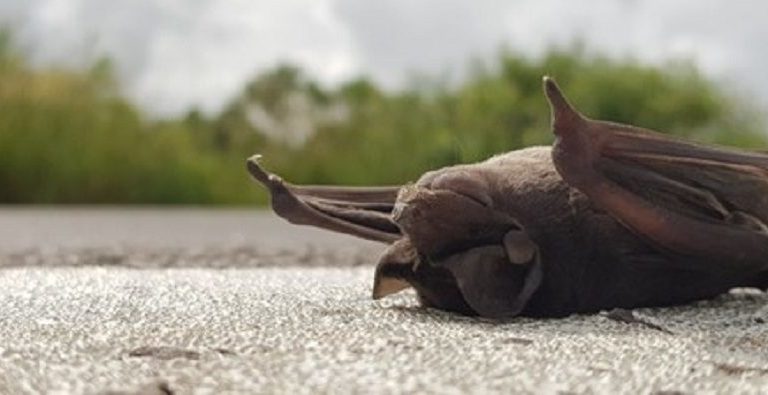 
Brazil, one of the largest countries in the world, is crisscrossed by a network of roads and highways that run more than 1.7 million kilometers (1.06 miles) — enough to circle the globe more than 40 times. Cutting through some of the most biodiverse areas on Earth, these roads are the scene of daily deaths of wildlife. But the problem of roadkill is just one of the many impacts wrought by the clearing of forests and construction of roads, scientists say.

“[Wildlife] fatalities are the most perceived impact, since all users see themselves as potentially involved in collisions or witness fresh meat and blood splattered across the asphalt,” says Andreas Kindel, coordinator of the Center for Ecology of Roads and Railways at the Federal University of Rio Grande do Sul (NERF-UFRGS).

Kindel is reluctant to give an estimate of how many animals die on Brazil’s roads and highways each year; such numbers are unreliable, he says. But he acknowledges that the data can help to raise awareness and make the issue more relevant because of the potential for numbers to mobilize public opinion.

The Brazilian Center for Road Ecology (CBEE) of the Federal University of Lavras (UFLA) came up with one such number in 2013: it estimated that 475 million wild vertebrates are killed by vehicles every year on Brazil’s roads and highways. “I believe the [true] number is much higher, because it’s only on a few roads where we have monitoring or any information at all,” says biologist and researcher Cecília Bueno, from the Brazilian Network of Experts in Transport Ecology (REET Brasil).

In the state of São Paulo, the annual death toll among medium and large mammals alone is 39,605 — everything from jaguars to capybaras and bush dogs to maned wolves. That’s according to a 2021 study led by Fernanda Abra, a research biologist with the Smithsonian Institution and director of ViaFAUNA, a consultancy that works on reducing wildlife roadkill.

In neighboring Mato Grosso do Sul state, researchers from the Bandeiras e Rodovias (Anteaters and Roads) project of the Institute for the Conservation of Wild Animals (ICAS) recovered 12,400 carcasses of wildlife run over by vehicles on the state’s roads and highways. The problem has mobilized NGOs and the local government in an attempt to reduce this impact on fauna, as reported recently by Mongabay.

“In the case of roadkill, this is a chronic impact that lasts as long as the highway is operating,” Abra says. “There is a high and consistent removal of individuals from the wild and there is no targeting of specific species. All the wildlife that crosses the highways is subject to it.”

A trap for bats

This non-discriminating nature of roadkill can be seen in the wide variety of animals killed on the roads, beyond the more charismatic jaguars, anteaters, tapirs and others. This is what Daniel de Figueiredo Ramalho, a biologist and researcher at the University of Brasília, looked at when he decided to focus on bats from the Cerrado savanna region. The shrubland biome is home to 118 species of bats, or half of the mammals found there.

In a 2021 study, Ramalho and other researchers estimated that 4,470 bats were killed in vehicle strikes over the course of five years on nine roads and highways running a combined 114 km (71 mi) around bordering protected areas inside the Federal District. Casualties were more numerous during the rainy season (October to March) and on four-lane highways.

In another study, conducted in 2017 and 2018, Ramalho hypothesized that bats crisscross the Cerrado highways as part of their routine travels — a consequence of deforestation for road construction. He monitored the animals’ presence inside protected areas — Brasília National Park, the Brasília Botanical Garden Ecological Station, and Águas Emendadas Ecological Station — at varying distances from roads running adjacent to these areas.

“I evaluated the number of feeding buzzes, calls that indicate feeding. In areas near the roads, there was more bat activity, but not more feeding,” Ramalho tells Mongabay. “For this reason, I worked with the possibility that the roads were being used as corridors.”

But he also doesn’t rule out the possibility that the bats are attracted to roads and highways because of a greater supply of food. Food resources are typically scarce in dry, open habitats such as the Cerrado. “So road edges may provide more feeding opportunities for insectivorous bats, especially for species adapted to foraging in open areas.”

Kindel, from NERF-UFRGS, says the changes in the quality of habitat as a result of the clearing of native vegetation for roads have a strong negative impact on the wildlife. That’s the case with the bats being researched by Ramalho, which are changing their behavior due to the presence of roads and thereby running a higher risk of becoming roadkill.

Besides the loss of native vegetation and changes to the soil in areas directly adjacent to the roads, the construction generates chemical, noise and light pollution, and facilitates the introduction of invasive species, which cause native populations to decline or abandon areas near roads and highways.

Guilherme Sementili, who has been researching bioacoustics since 2014, wrote his doctorate on the impacts of noise on the southern house wren, or corruíra (Troglodytes musculus), a bird already widely established in Brazil’s city’s. Sementili looked at male wrens living in the city of Bauru, in São Paulo state, in an area close to where the SP-225 and SP-300 roads cross, and through which more than 4,000 vehicles pass every day.

“The noise from the highways is a sum of sounds that include engines, friction of tires on the ground, the displacement of air and horns,” he says.

“The corruíra closer to the highways have greater sound amplitude, i.e., they vocalize more loudly because of the higher noise level. This leads to greater energy expenditure,” Sementili says. The vocalizations of the species are complex and are very important for reproduction, from attracting partners to competing against other males, to establishing and defending territory.

Renata Alquezar, an ecologist at the University of Brasília, says it’s impossible to reduce the noise emitted by all Brazilian highways. But she says the government can invest in actions on the roads that cut through or are close to conservation units, such as national parks, ecological stations and biological reserves.

Acoustic barriers, building roads at a lower level than the terrain, changes in the design of tire grooves, changes in the composition of the asphalt, traffic intensity control, and even the temporary closure of the roads are options that can be applied to reduce the emission of noise. Such measures can lessen the impacts on the animals.

Despite the fact that the impacts of noise pollution on wildlife are already being studied, both Sementili and Alquezar say the environmental licensing processes for highways in Brazil fail to address this issue. “In this area, the concern is still restricted to [the impact on] humans,” Sementili says.

When an animal encounters a road, it may simply attempt to cross it; or it may become fearful and turn back. “These structures act as filters, both within a population, with some individuals passing through and others not, and when comparing species, as some are almost indifferent while others avoid them altogether,” says Kindel from NERF-UFRGS. “In this extreme case, they are a barrier.”

Fernanda Abra is doing postdoctoral research at the Smithsonian Institution that aims to install 30 overpasses for arboreal fauna, mainly monkeys, over the BR-174 highway. The road runs from Manaus, capital of Amazonas state, to Boa Vista, capital of Roraima state, and cuts through the Waimiri-Atroari Indigenous Territory. Abra’s research seeks to test two types of structures to recommend the best models to the Brazilian government for new road projects in the Amazon.

The barrier effect has already been detected among white-lipped peccaries (Tayassu pecari), a species of wild pig classified as vulnerable both within Brazil and elsewhere across its range. According to research by biologist Júlia Emi de Faria Oshima, who monitored 30 GPS-tagged peccaries from 2013 to 2016 in the Pantanal wetlands and Cerrado grasslands of Mato Grosso do Sul, the MS-080 highway acted as a barrier, with none of the animals venturing across it. However, there were records of peccaries crossing dirt roads with fragments of native vegetation preserved along their edges.

Consequences such as population isolation and genetic impoverishment take time to be felt, according to Faria Oshima. This would eventually delay the implementation of solutions aimed at habitat reconnection, such as wildlife crossings, she says. In an October 2020 article, Mongabay reported on the construction of the first Brazilian vegetated viaducts, such as the one on BR-101, next to the Poço das Antas Biological Reserve in Rio de Janeiro state, home to the endangered golden lion tamarin (Leontopithecus rosalia).

For Kindel from NERF-UFRGS, the best opportunity to reduce or eliminate negative impacts on wildlife is when planning a new road, starting by choosing the route with the least impact. “And we are still in the early stages of adopting robust approaches to this,” he says.

Banner image of a bat killed in a vehicle strike on a road in Rio Grande do Sul state. Image by NERF-UFRGS.

This story was reported by Mongabay’s Brazil team and first published here on our Brazil site on May 3, 2022.