Ferns and Lycophytes Are Effectively Conserved in Protected Areas of Xishuangbanna 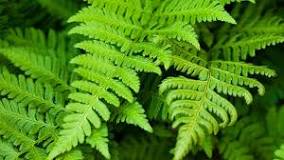 
Xishuangbanna is highly renowned as the most biodiverse region in tropical China. To conserve this extraordinary rich biodiversity, more than 20% of Xishuangbanna’s land has been protected in protected areas (PAs). However, the conservation effectiveness of PAs in this region still requires further investigation.

In a study published in Journal for Nature Conservation, researchers from the Xishuangbanna Tropical Botanical Garden (XTBG) of the Chinese Academy of Sciences tried to explore the ferns and lycophytes’ diversity of Xishuangbanna with special emphasis on conservation efforts provided by the currently established protected areas (PAs).

The researchers compiled a dataset of historical records of ferns and lycophytes in Xishuangbanna, from digitalized herbarium vouchers and publications being explored with special attention on the temporal and spatial dimensions of collecting efforts.

They identified hotspots of ferns and lycophytes’ diversity, by utilizing the indices of species richness, weighed endemism, corrected weighted endemism, and beta diversity.

According to the researchers, there was a long history of collecting ferns and lycophytes in Xishuangbanna. A considerable number of historical records covering 20.2 % of Chinese and 3.6% of global fern diversity have been accumulated in Xishuangbanna.

The researchers further found that the existing PAs in Xishuangbanna have demonstrated their effectiveness in the protection of ferns and lycophytes with nearly 90% of total species occurring in 21% of the prefecture’s total land area.

“Our study highlighted the importance of continuing efforts to maintain and expand natural history collections for the assessment of diversity hotspots and conservation gaps in Xishuangbanna,” said Harald of XTBG.

/Public Release. This material from the originating organization/author(s) may be of a point-in-time nature, edited for clarity, style and length. The views and opinions expressed are those of the author(s).View in full here.

Read more
Previous articleStudy finds parrots use their heads as a ‘third limb’
Next articleOceanic acidity at highest level for at least 26,000 years, WMO report finds