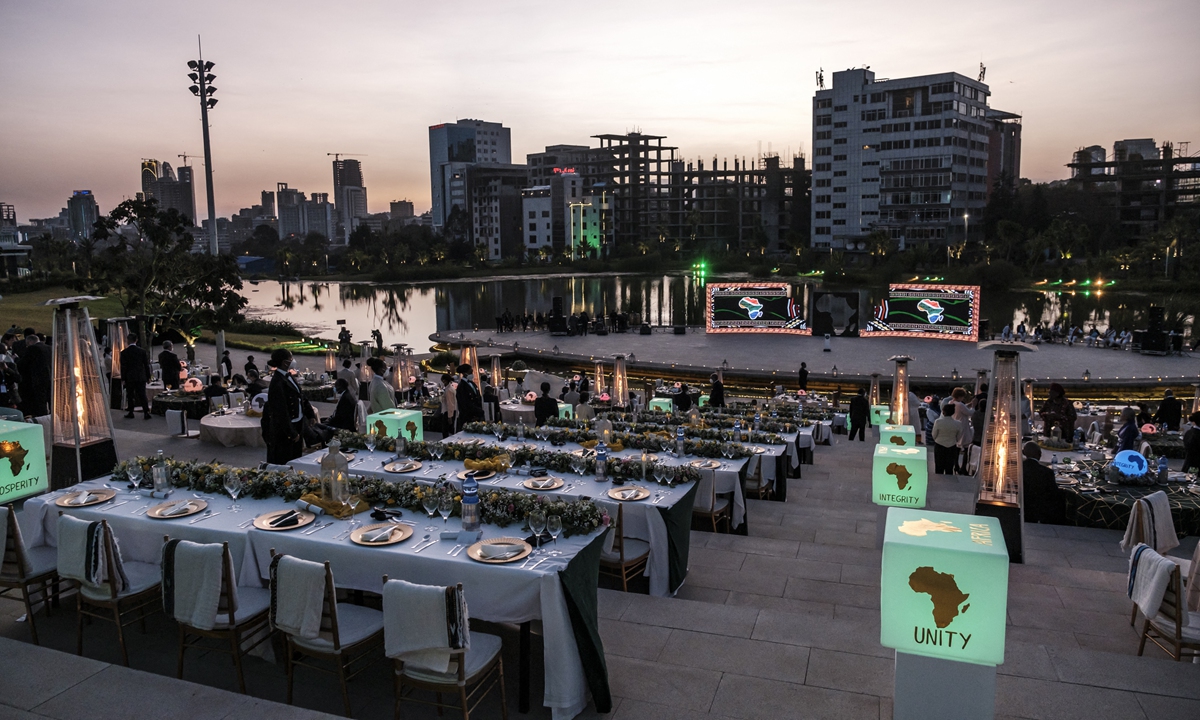 A view of the tables of a gala dinner offered by the government of Ethiopia for the participants of the 35th summit of the African Union, in the city of Addis Ababa, Ethiopia on February 5, 2022 Photo: AFP

As the global community marked the International Day for Biological Diversity on Sunday, Ethiopia sought to accelerate its sustainable biodiversity conservation endeavors.

The theme for 2022’s International Day for Biological Diversity is “Building a Shared Future for All Life.”

In an interview earlier with the Xinhua News Agency, Mario said that Ethiopia, one of the earliest signatories to the Convention on Biological Diversity, has worked hard to put biodiversity conservation high on its domestic policy agenda, amid efforts to achieve harmony between many and nature toward sustainable growth.

Ethiopia possesses an estimated number of 6,000 species of higher plants, of which 10 percent are endemic. The country has 284 species of wild mammals and 861 species of birds, according to figures from the Convention on Biological Diversity.

“Ethiopia has been working on conservation activity. Among others, the most important and significant one is the conservation of crops and horticulture,” Mario said.

Ethiopia, Africa’s second populous nation, has been the pioneer for the establishment of plant genetic resource centers for biodiversity conservation.

“We have a long experience and well-conserved crop and horticultural species,” Mario said, adding that Ethiopia has taken conservation measures related to a gene bank.

“We have some unique and very shiny and attractive [initiatives] that can be a lesson for others… Ethiopia is among the pioneers in Africa to establish community seed banks,” he said.

"We are very pleased to have obtained this...
Read more
Previous articleIntl Day On Biodiversity Celebrated At IUB
Next articleWorking For A Shared And Sustainable Future