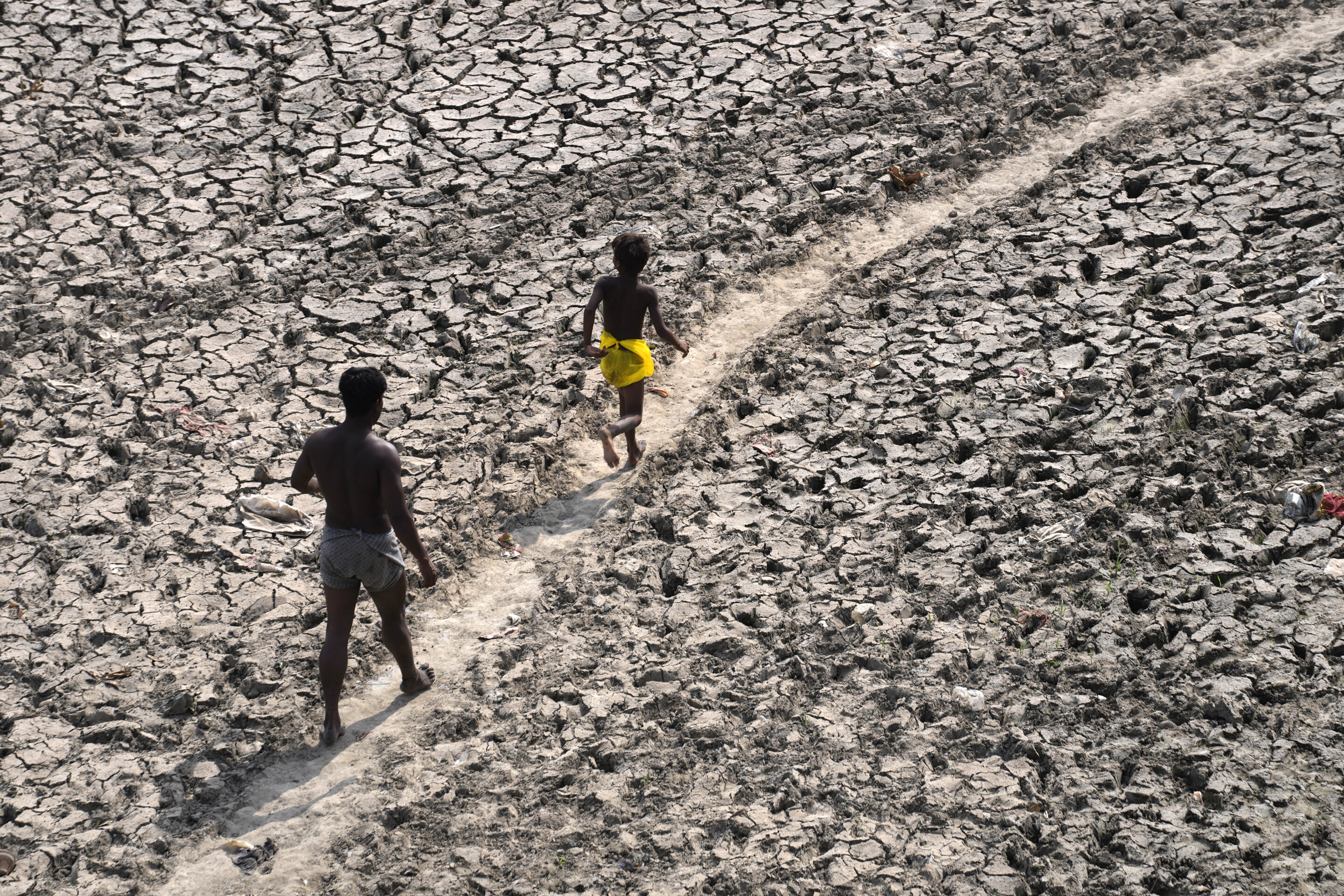 
The world is creeping closer to the warming threshold international agreements are trying to prevent, with nearly a 50-50 chance that Earth will temporarily hit that temperature mark within the next five years, teams of meteorologists across the globe predicted.

With human-made climate change continuing, there’s a 48% chance that the globe will reach a yearly average of 1.5 degrees Celsius (2.7 degrees Fahrenheit) above pre-industrial levels of the late 1800s at least once between now and 2026, a bright red signal in climate change negotiations and science, a team of 11 different forecast centers predicted for the World Meteorological Organization late Monday.

The odds are inching up along with the thermometer. Last year, the same forecasters put the odds at closer to 40% and a decade ago it was only 10%.

The team, coordinated by the United Kingdom’s Meteorological Office, in their five-year general outlook said there is a 93% chance that the world will set a record for hottest year by the end of 2026. They also said there’s a 93% chance that the five years from 2022 to 2026 will be the hottest on record. Forecasters also predict the devastating fire-prone megadrought in the U.S. Southwest will keep going.

These forecasts are big picture global and regional climate predictions on a yearly and seasonal time scale based on long term averages and state of the art computer simulations. They are different than increasingly accurate weather forecasts that predict how hot or wet a certain day will be in specific places.

But even if the world hits that mark of 1.5 degrees above pre-industrial times—the globe has already warmed about 1.1 degrees (2 degrees Fahrenheit) since the late 1800s—that’s not quite the same as the global threshold first set by international negotiators in the 2015 Paris agreement. In 2018, a major United Nations science report predicted dramatic and dangerous effects on people and the world if warming exceeds 1.5 degrees.

The global 1.5 degree threshold is about the world being that warm not for one year, but over a 20- or 30- year time period, several scientists said. This is not what the report predicts. Meteorologists can only tell if Earth hits that average mark years, maybe a decade or two, after it is actually reached there because it is a long term average, Hermanson said.

“This is a warning of what will be just average in a few years,” said Cornell University climate scientist Natalie Mahowald, who wasn’t part of the forecast teams.

The prediction makes sense given how warm the world already is and an additional tenth of a degree Celsius (nearly two-tenths of a degree Fahrenheit) is expected because of human-caused climate change in the next five years, said climate scientist Zeke Hausfather of the tech company Stripe and Berkeley Earth, who wasn’t part of the forecast teams. Add to that the likelihood of a strong El Nino—the natural periodic warming of parts of the Pacific that alter world weather—which could toss another couple tenths of a degree on top temporarily and the world gets to 1.5 degrees.

The world is in the second straight year of a La Nina, the opposite of El Nino, which has a slight global cooling effect but isn’t enough to counter the overall warming of heat-trapping gases spewed by the burning of coal, oil and natural gas, scientists said. The five-year forecast says that La Nina is likely to end late this year or in 2023.

The greenhouse effect from fossil fuels is like putting global temperatures on a rising escalator. El Nino, La Nina and a handful of other natural weather variations are like taking steps up or down on that escalator, scientists said.

On a regional scale, the Arctic will still be warming during the winter at rate three times more than the globe on average. While the American Southwest and southwestern Europe are likely to be drier than normal the next five years, wetter than normal conditions are expected for Africa’s often arid Sahel region, northern Europe, northeast Brazil and Australia, the report predicted.

The global team has been making these predictions informally for a decade and formally for about five years, with greater than 90% accuracy, Hermanson said.

NASA top climate scientist Gavin Schmidt said the figures in this report are “a little warmer” than what the U.S. NASA and National Oceanic and Atmospheric Administration use. He also had doubts about skill level on long-term regional predictions.

“Regardless of what is predicted here, we are very likely to exceed 1.5 degrees C in the next decade or so, but it doesn’t necessarily mean that we are committed to this in the long term—or that working to reduce further change is not worthwhile,” Schmidt said in an email.

Forecast: 40% chance Earth to be hotter than Paris goal soon

Read more
Previous articleLights out, Chicago! Millions of birds expected to migrate over city in next two days – Chicago Tribune
Next articleHere’s what’s happening at COP15