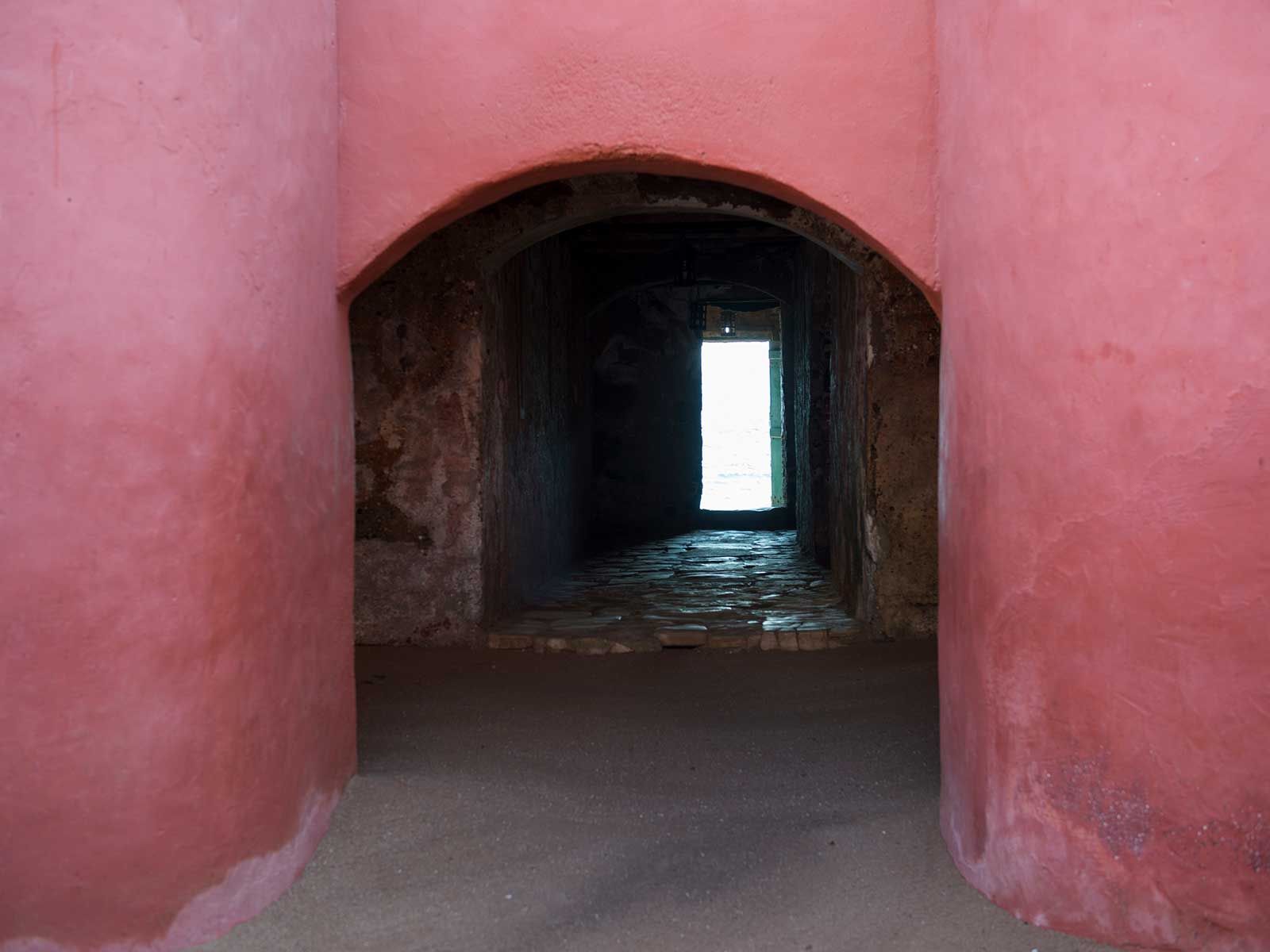 
The Door of No Return is worn smooth, the rust-hued stone frame eroded by the chained feet that shuffled through it to waiting ships. From the 15th to the 19th century, Senegal’s Island of Gorée was a departure point for some of the millions who suffered in the Atlantic slave trade. Inside the Door of No Return are the cramped quarters of the infamous House of Slaves—outside, the cobbled streets still lead to the elegant French colonial buildings that housed the slavers and free Europeans.

Located just off the coast of Senegal’s capital, Dakar, the Island of Gorée is small—at only 28 hectares, it is about the size of 28 baseball fields. Nevertheless, the island carries a big responsibility. The House of Slaves is a reminder of the fragility of our freedom, says Eloi Coly, the site’s chief curator.

But this vital heritage site and the lessons it conveys could soon be at risk from another anthropogenic tragedy: climate change. In a recent study, scientists assessed the vulnerability of 284 heritage sites along Africa’s 300,000-kilometer coastline. The sites, including the Island of Gorée, contain irreplaceable cultural, ecological, historical, social, and economic features. The study—one of the few to gauge the climate risk to heritage sites across Africa—shows that at least 56 of the assessed sites are already at risk from extreme coastal events such as flooding and erosion, a number that will triple to almost 200 by the year 2100 should climate change continue unabated.

“The risk of climate change to heritage is on our doorstep,” says Nicholas Simpson, a climate researcher at the University of Cape Town in South Africa. “It’s near term.”

Simpson initiated the work when, as a lead author for the Africa chapter for the United Nations Intergovernmental Panel on Climate Change’s Sixth Assessment Report, he noticed a concerning gap in the scientific data. “We were a little bit shocked that there was no quantitative assessment of climate risk to African heritage and Indigenous knowledge systems,” he says.

To rectify the issue, Simpson and his colleagues analyzed the climate risk to coastal African heritage sites that are recognized or under consideration by the UNESCO World Heritage Centre and the Ramsar Convention on Wetlands of International Importance.

The range of heritage sites already at risk is as diverse as Africa itself. They include the iconic ruins of Tipasa in Algeria. Once a mighty coastal port of trade, the extraordinary archaeological complex is a glimpse into Punic and Roman civilizations that disappeared long ago. The site played host to different waves of colonization from roughly 2,600 to 1,400 years ago.

Another is the North Sinai Archaeological Sites Zone in Egypt. The coastal strip delivered the Egyptian pharaohs’ military expeditions to Canaan and Asia, and was used by invading Persians, Greeks, and Romans. The site linked Egypt and Canaan from predynastic times onward.

Also listed is the Aldabra Atoll in Seychelles—one of the largest atolls in the world—and the Saloum Delta, another Senegalese site that was declared a World Heritage Site for the special coastal lifestyle that developed there, over at least 2,000 years, in synergy with the fragile natural environment.

David Stehl, the program specialist for UNESCO’s Africa Unit, says that risks to heritage sites include multiple weather hazards and fire, as well as changes to the built infrastructure and surrounding environment. But he says climate change is of undeniable concern.

Compared with some of the other sites assessed in the study, the Island of Gorée’s House of Slaves is less at risk from sea level rise and erosion. But it remains in harm’s way, says Coly, the site’s curator. Measures are already in place to protect the site against the ongoing loss of coastline, while more are planned as part of the West Africa Coastal Areas Management Program.

It is each generation’s obligation to know what has happened before, Coly says, and to pass that knowledge—of slavery, the slave trade, and the violations of human rights that occurred on the Island of Gorée and elsewhere—on to the next generation. “We need the [House of Slaves] to continue to play this role.”

• Humpback Mothers Are Being Squeezed From Both Sides

Delta-8 THC is one of the most talked-about...
Read more
Previous articleHow People Can Help to Tackle Climate Change
Next articleAncient Pollen Offers Clues to How Plants Adapted to Climate Change in the Past — and Potentially the Future | Smithsonian Voices