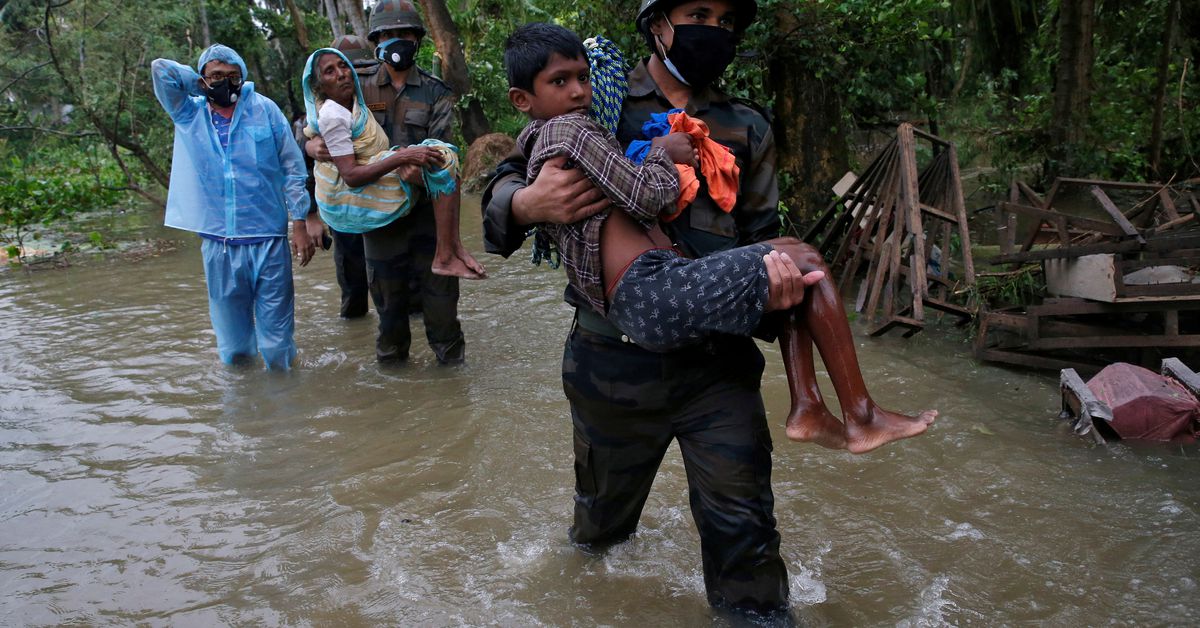 
LONDON, April 27 (Reuters) – Climate change could see 4% of global annual economic output lost by 2050 and hit many poorer parts of the world disproportionately hard, a new study of 135 countries has estimated.

Ratings firm S&P Global, which gives countries credit scores based on the health of their economies, published a report on Tuesday looking at the likely impact of rising sea levels, and more regular heat waves, droughts and storms.

In a baseline scenario where governments largely shy away from major new climate change policies – known as ‘RCP 4.5’ by scientists – lower- and lower-middle income countries are likely to see 3.6 times greater gross domestic product losses on average than richer ones.

Central Asia, the Middle East and North Africa and Sub-Saharan Africa regions all face sizable losses too. East Asia and Pacific countries face similar levels of exposure as Sub-Saharan Africa, but mainly because of storms and floods rather than heat waves and drought.

“To different degrees, this is an issue for the world,” said S&P’s top government credit analyst, Roberto Sifon-Arevalo. “One thing that really jumps out is the need for international support for many of these (poorer) parts of the world”.

Countries around the equator or small islands tend to be more at risk, while economies more reliant on sectors such as agriculture are likely to be more affected than those with large services sectors.

For most countries, exposure to, and costs from climate change are already increasing. Over the past 10 years, storms, wildfires, and floods alone have caused losses of around 0.3% of GDP per year globally according insurance firm Swiss Re.

The World Meteorological Organization (WMO) also calculates that, on average, a weather, climate, or water related disaster has occurred somewhere in the world every day for the last 50 years, causing 115 daily deaths and over $202 million in daily losses.

S&P’s Sifon-Arevalo said that some countries have already suffered credit ratings downgrades due to extreme weather, such as some Caribbean Islands after major hurricanes.

But he said the new data was not about to be plugged into the firm’s sovereign ratings models, as there were still too many uncertainties such as how countries might adapt to the changes.

A study last year by a group of UK universities looking at a more extreme rise in global temperatures, predicted that over 60 countries could see their ratings cut because of global warming by 2030.

Some experts have also suggested a sliding scale for ratings, where highly-exposed countries would have one credit score for the next 10 years or so and another one for further in the future when problems are likely to be biting.