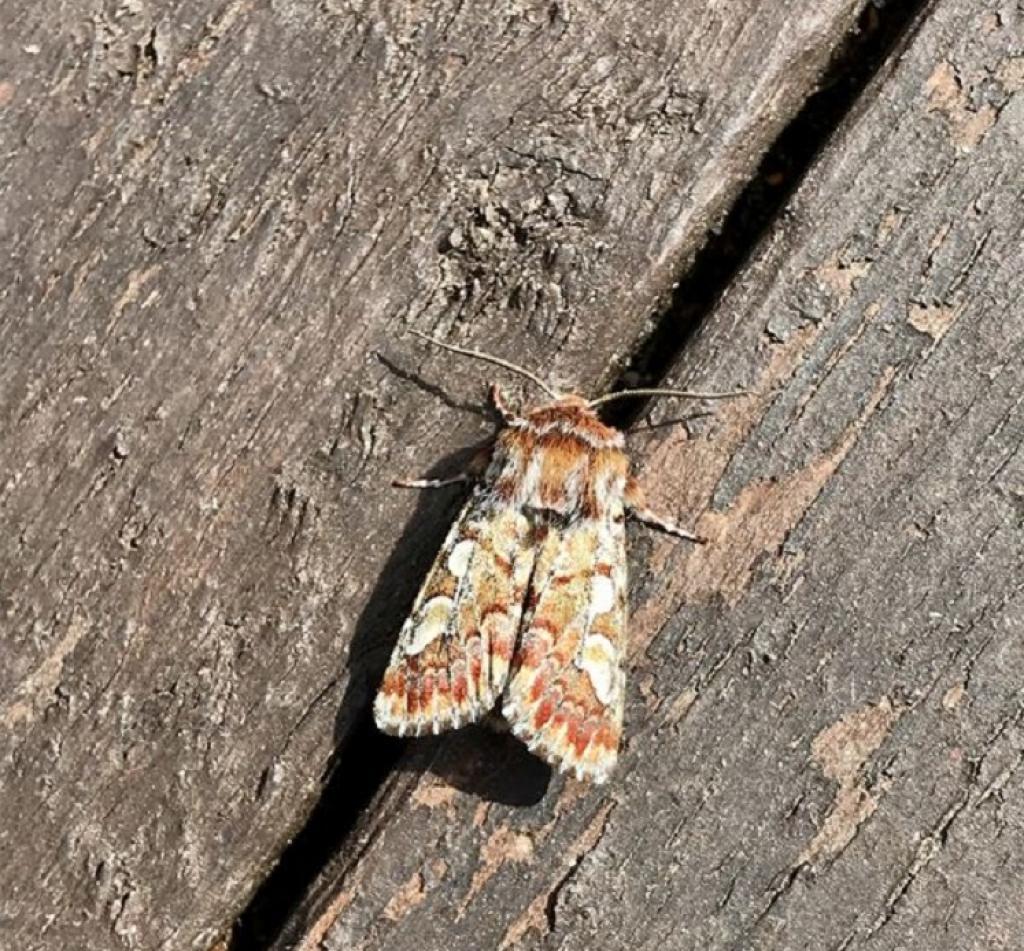 The insect pest has spread into northern Finland, up to 68°51’N, according to a new study

The pine beauty moth is a pest for pine trees. Photo: University of Eastern Finland

Climate change is causing the pine pest Panolis flammea, or pine beauty moth, to shift its range northward 50 years ahead of predictions, according to a new study

Researchers from the University of Eastern Finland intended to study the distribution and size of the pine beauty moth population in Finland.

They coupled the number of captured individuals with the previous year’s thermal sums for the same location.

For this, they used traps throughout Finland and found that the insect pest had spread into northern Finland, up to 68°51’N. They also found that its abundance was higher in warmer places, as in southern Finland.

As climate change advances and temperatures rise in Finland, the range and population density of the pine beauty moth may also increase.

This will allow it to become a common, abundant pine-feeder throughout the country, a statement by the University said.

This is concerning as the larvae of the pine beauty moth feed on the needles of different pine species across Central Europe, developing periodical outbreaks often controlled with chemical insecticides.

“These outbreaks co-occur with other pine insect pests and diseases and could reach thousands of hectares. Outbreaks have not been reported in Finland, but conditions for their development could become favourable as a result of increasing temperatures and forest health decline —both of which are consequences of climate change,” the statement added.

“This is not unexpected, since many scientists have previously predicted that some insect pests will shift their distribution range northward as a result of rising temperatures caused by climate change. However, what is astonishing is that this is happening 50 years ahead of earlier predictions,” Alexander Pulgarin Diaz, a doctoral researcher from the University of Eastern Finland, was quoted as saying in the statement.

The results of the study on the pine beauty moth are parallel with previous findings on another major pine defoliator, the Nun moth (Lymantria monacha), which also has increased significantly in Finland since 2000.

The study was published in the Scandinavian Journal of Forest Research recently.

We are a voice to you; you have been a support to us. Together we build journalism that is independent, credible and fearless. You can further help us by making a donation. This will mean a lot for our ability to bring you news, perspectives and analysis from the ground so that we can make change together.