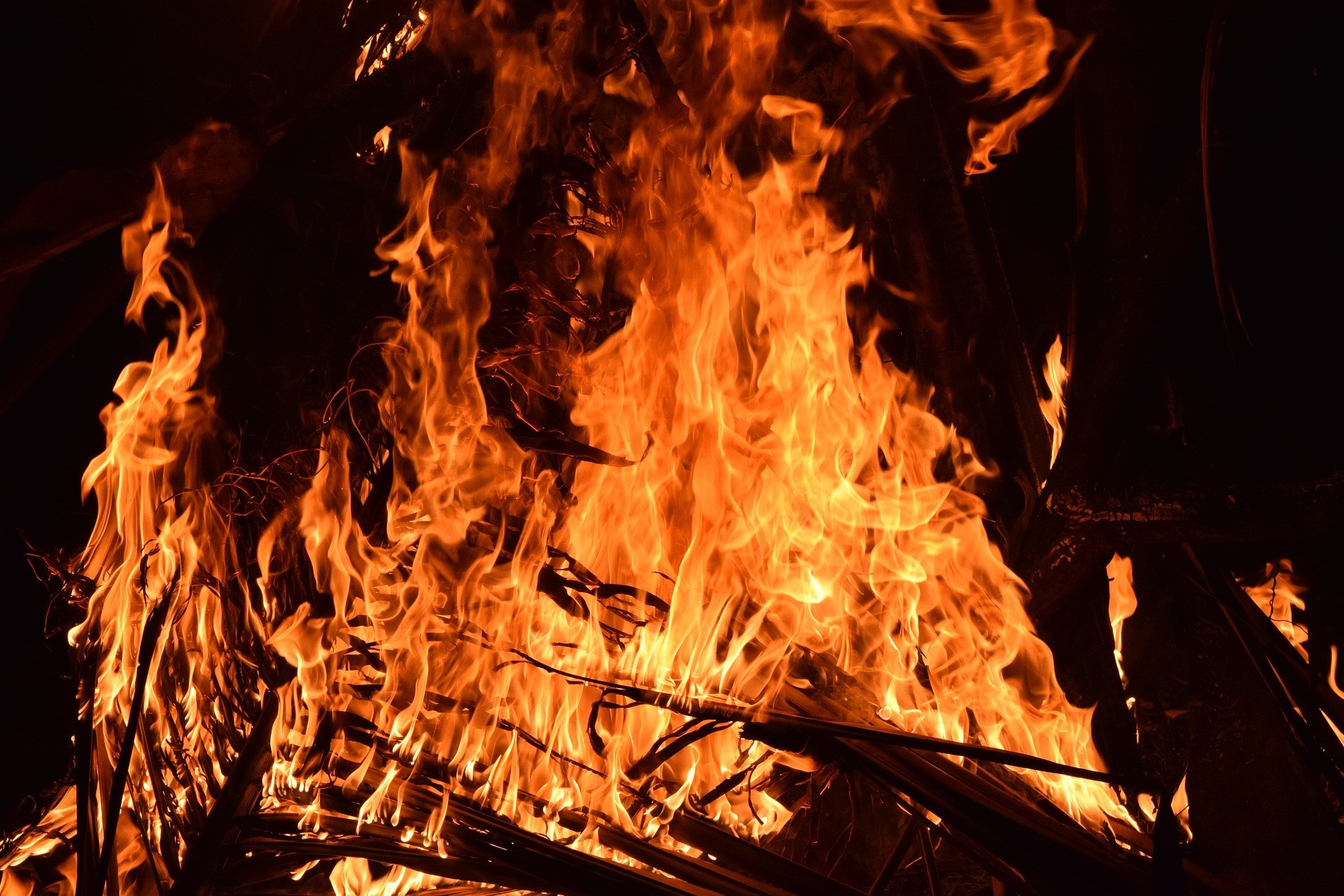 
When Hurricane Michael tore through North Florida in 2018 as a Category 5 storm, it left more than 3 million acres of felled trees in its wake.

Those largely untouched trees were the perfect fuel for three simultaneous wildfires that raged through the region in March. The Chipola Complex fires turned the skies smoky and blood red, destroyed two homes, prompted the evacuation of a thousand more and consumed more than 30,000 acres of forest before firefighters got it under control.

Research from First Street Foundation released Monday suggests that as climate change warms the planet, the risk of wildfires like those in Florida could double by mid-century. Matthew Eby, executive director of the nonprofit climate research group, said its modeling shows Florida’s current 6% of properties at risk from wildfires could jump to 12% by 2052.

“Florida is already a hot place, and it’s seeing an increase,” he said. “What you end up with is a pronounced effect of the changes of wildfire risk.”

On the national map First Street created, most of the increased risk is—unsurprisingly—in the West. But Florida is a lone dark red spot on the East Coast. That’s partially because the state is expected to stay hotter for more days of the year with climate change, and also because Florida is so developed that it physically has more pieces of property at risk than in other states, where thousands of acres may count as one property.

While Florida is better known for its floods from rainstorms, hurricanes and high tides, the state has a long history of wildfires. The report suggests that as the state gets hotter, it could make it more likely for more wildfires to form.

“The fires aren’t bigger, they just take off more often because it is drier and it is hotter,” Eby said.

In South Florida, researchers found the biggest risk is for homes near the eastern border of the Everglades. Earlier this month, ash and smoke from three separate Everglades fires were visible in Weston.

Florida’s Polk County was No. 5 on a national ranking of counties with the highest number of properties at risk of wildfire. By First Street’s math, 88% of the county’s 380,000 properties had a 1% chance of experiencing a wildfire in the next 30 years. Osceola and Pasco, although smaller counties, have similar percentages of properties at risk.

Bryan Williams, a meteorologist with the Florida Forest Service, said First Street’s findings make sense to him. He sees an opportunity for more fires in Florida as the state gets hotter with climate change.

“Look at the past five years. Florida has basically been on the very warm side of things,” he said. “You’re seeing more drought, you’re seeing higher temps, and in April and May you’re seeing relative humidity getting pretty low. It’s kinda one of those trends that you look at and it’s concerning.”

Williams says fire season, like hurricane season, has a peak. And in Florida, that’s April and May. As of Monday, most of the state was ranked at “moderate” fire risk, the second-lowest level.

Florida fires are most commonly started by lightning, he said, and unlike in the West, where fire easily races uphill, in Florida, fires mainly spread by wind.

“We’ve had issues where a whole neighborhood gets smoked in by a fire if the wind is right that day,” Williams said. The next day, with a wind shift, they can be clear.

Unlike with flooding, there’s no nationally accepted standard for what counts as a property at risk from fire. So First Street made its own standard—about a 1% chance that a property could experience a wildfire within the next 30 years.

That means a home with fire risk has a far lower chance of experiencing a fire than a house that the federal government deems at flood risk, which is when a property has a 26% chance of flooding over a 30-year period.

Eby said that’s because the consequences of a fire are much more intense than a flood.

Along with the national report, Flood Street also launched a tool that lets users check the fire risk—now and in the future—for individual properties. It’s available on any real estate listing on Realtor.com, part of a collaboration that informs property buyers of the chance of climate change-driven floods and fires affecting their homes in the future.

Eby said the new fire section will go above the listing for nearby schools on the site, along with previous First Street data about flood risk.

“I think that speaks volumes to what they’re hearing from consumers and users as to the request and need for this,” he said.

Citation:
Climate change is heating up Florida. That could bring more wildfires, new report warns (2022, May 17)
retrieved 18 May 2022
from https://phys.org/news/2022-05-climate-florida-wildfires.html