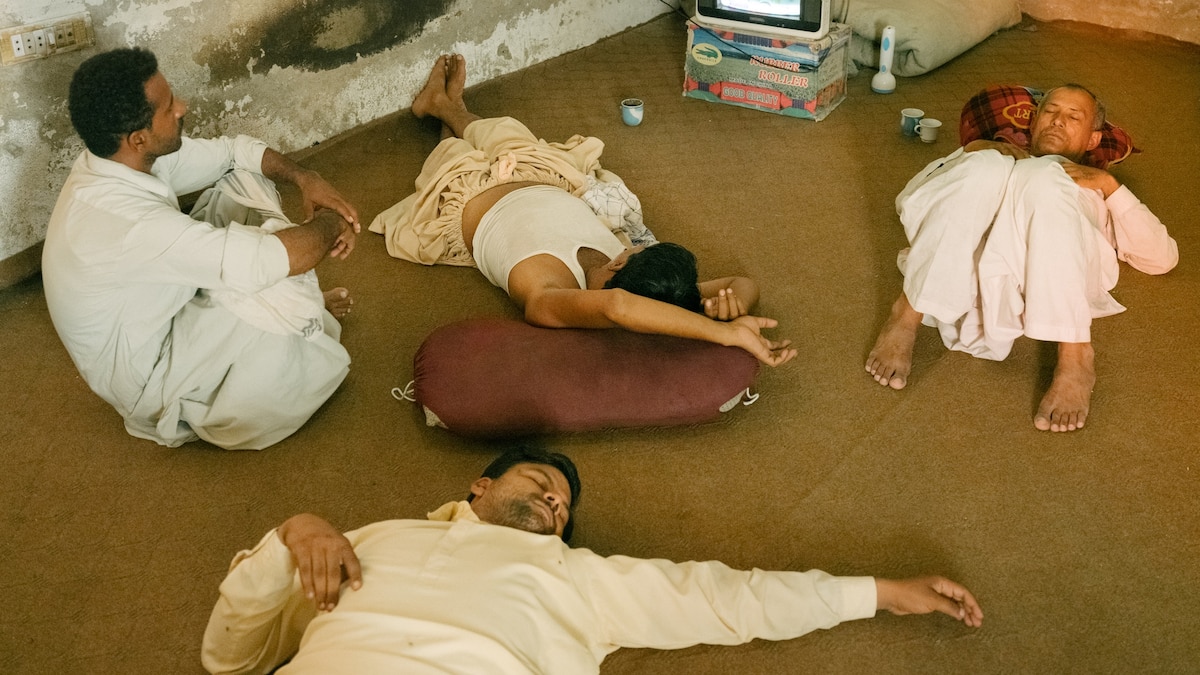 
Everyone knows the horrible feeling: A stuffy night, just a little too warm, leads to restless sleep, and then next morning, you feel like a slow, groggy shell of yourself.

Sleepers tracked in the study, published last week in the journal One Earth, lost rest even in places where temperatures weren’t blazingly high, and had trouble adapting to even mildly challenging sleep temperatures. And sleep costs, the researchers warn, will rise as temperatures do, potentially costing sleepers—that is, all of us—an extra 13 to 15 days of poor sleep each year by the end of the century.

It’s a very clear example of how climate change is playing out in people’s everyday lives, experts say—not just in catastrophic ways like more droughts and flooding, but in small costs that add up. Sleep loss from climate change “is already happening, right now, not in the future but today,” says Kelton Minor, the lead author of the study and a researcher at the University of Copenhagen.

A matter of degrees

Minor and his colleagues looked at data collected worldwide between 2015 and 2017 from nearly 50,000 people’s wristband activity trackers. The trackers recorded when those people fell asleep, woke up, and how they slept in between. Though the data were anonymized, the researchers could see where, exactly, the sleepers were located.

That let the researchers compare the sleep data with local outdoor temperatures—they had no information about indoor conditions, or whether air conditioning was in use. Because they were looking at continuous records of individual people, they could see how someone slept on a cool night in June versus a hot one a few days later, or how they reacted to an unseasonably warm February night.

The dataset was unique in that it didn’t rely on self-reports, which are known to be unreliable. It also spanned the world, while the few previous studies looking at the direct relationship between climate and sleep focused on just a few people, or just the United States.

What was more remarkable were the results. People slept most when outside temperatures were below 50°F (10°C). Above that threshold, their chances of sleeping less than seven hours went way up. Above 77°F (25°C), the losses accelerated. When outdoor nighttime temperatures topped 86°F (30°C), people lost an average of about 15 minutes a night.

That may not sound like a lot, but it’s “actually quite a big deal,” says Sara Mednick, a sleep researcher at the University of California, Irvine. First off, other scientific studies suggest that those 15 minutes likely come from the uber-valuable “slow wave” sleep stage, she theorizes. We only get about an hour of that type of sleep a night, so taking away 15 minutes—or even five—cuts a big chunk of restorative time.

The heat also hits some groups worse than others. The impacts grow with age: People over 70 are about twice as sensitive, the study found, losing about 30 minutes instead of 15 under similar heat pressures. Women are also affected more, losing about 25 percent more sleep than the average at warmer temperatures. (Wristband use skews toward wealthier people and men—so it’s likely that their results underestimate the impacts.)

And residents of lower- and middle-income countries suffer about three times as much disrupted sleep time as those from high-income ones—in part, perhaps, because of less access to air conditioning.

“This moves the effects of climate change out of the catastrophic and existential and shows how it affects us every day,” says Jamie Mullins, an environmental economist at the University of Massachusetts at Amherst who was not involved in the research. “It’s going to cost us all in small ways that really add up.”

Possibly more concerning, though, was another finding: People’s bodies didn’t seem to adjust to warmer sleeping temperatures—even if they lived in hot climates year-round, or even after they’d lived through a summer of hot-night exposure. Warmer-than-usual nights messed with their sleep no matter what.

“We don’t find evidence that people are adapting,” says Minor, at least at the physiological level.

That makes sense, he explains, given how tightly our bodies regulate their internal temperature. A few fractions of a degree too hot or cold and our organs start to function less well or shut down. Body temperature is one of the primary controls on sleep: Before bedtime, we shunt blood toward our extremities and cool our cores ever so slightly. Without that shift, sleep won’t happen.

Needing such tight control over our body temperature makes us less flexible in the face of worsening sleep conditions.

Already, human-caused climate change has warmed the planet by about 2°F (1.1°C) since the 1800s. But nights have warmed more than days in most parts of the world; in the U.S., summer nights have warmed twice as much as summer days.

“Before, nights would be a chance to cool the body down. But when [heat] is that chronic stressor, the body can’t cool down and recover—that’s a key piece hurting people’s health,” says Rupa Basu, a public health expert with California’s Office of Environmental Health Hazard Assessment.

The Copenhagen researchers estimated that warmer nights already cost sleepers about 44 hours of rest every year. There are also 11 extra days of “short sleep,” nights when sleepers get less than seven hours.

But as the planet heats further, those costs will increase. By the end of the century, sleepers could lose 50 hours per year if carbon emissions continue more or less on their current track.

“Humans are remarkably adaptive,” says Minor. “But there are real physical limits to adaptation that we need to be mindful of.” Hot sleep, his analysis shows, may be one of them.

This is not a thing to take lightly, says Jose Guillermo Cedeno Laurent, an environmental health researcher at Harvard. He and his colleagues did an experiment at Harvard College during a 2016 heatwave. Students who slept in newer dorms with air conditioning did better on cognition tests in the following days than those living in older buildings “built for another climate,” says Cedeno Laurent.

“Even young, healthy people…are actually affected in a way that really matters to them—how they think,” he says.

His study points to one possible solution to climate-induced sleep deficits: getting lots more air conditioning in households worldwide. But that’s a huge economic and environmental challenge. AC costs a lot of energy and therefore money; a recent study shows that U.S. low-income households wait until temperatures are 5-7.5°F hotter before they turn on their cooling systems. And at the moment, AC actually warms the outdoor environment both globally, because most of the electricity for it comes from burning fossil fuels, and locally, because the excess heat sucked out of bedrooms gets dumped into the air outside.

To Cedeno Laurent, the links between sleep deprivation and poorer health, both physical and mental, are so well established that it’s unconscionable to ignore issues that can make them worse. Clarifying the link between climate and sleep makes it impossible to ignore our social responsibility to fix the cause of the problem, as well as its impacts.

“Obviously, the best solution is to stop climate change,” he says. “This is basically a human rights issue at this point.”