Climate adaptation is going to be a disaster 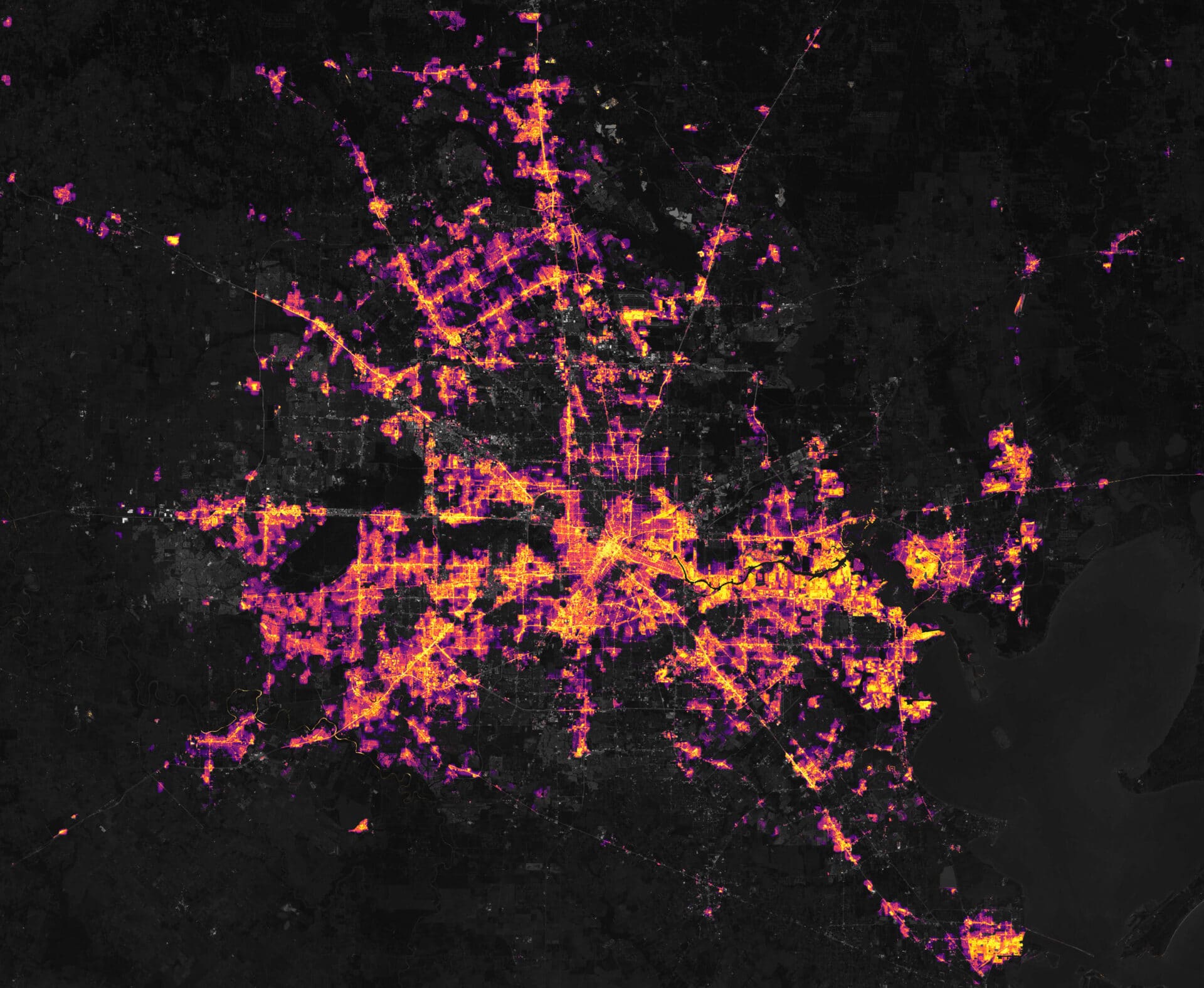 The Houston area on February 16, 2021, following a severe winter storm, when many were still without power. (Image by Joshua Stevens, using Black Marble data courtesy of Ranjay Shrestha/NASA Goddard Space Flight Center, Landsat data from the US Geological Survey, and GEOS-5 data from the Global Modeling and Assimilation Office at NASA GSFC.)

The recent IPCC report is clear: To the extent that the world cannot avoid climate change by reducing emissions of carbon dioxide and other greenhouse gases, humanity must learn to live in a warmer climate, a process often referred to as adaptation.

Those who want to protect our addiction to fossil fuels often argue that society should rely entirely on adaptation because it is the easiest, cheapest, and least disruptive way to address climate change. They claim that rebuilding our energy system and switching from fossil fuels to climate-safe energy sources like wind and solar will be hard and expensive, while adaptation is something humans have been doing for all of history and will seamlessly continue with little effort.

It is certainly true that people will take care of themselves as the climate changes. A farmer whose crops are failing because of climate shifts is not going to just sit there and go bankrupt. They will make whatever changes are necessary to keep the farm in business, whether that’s changing crops or adding irrigation.

But there are also problems with this approach. Consider my home state of Texas. During a winter storm in February 2021, Texas experienced a deadly and destructive blackout because the natural gas system failed. In response to the blackout, adaptation occurred! Rich Texans added generators to their homes. When the next blackout occurs, they will be fine, while poorer Texans will be back in the dark. This is adaptation in practice: People with resources take care of themselves while everyone else is screwed.

Adaptation could work differently, in theory. The Texas state government could have required natural gas firms to weatherize wells, pipelines, and power plants to handle the cold winter storms that occasionally hit the state, which would have hardened and secured the grid for all Texans. But that would have required rich energy companies to spend money, thereby reducing their profits. Energy producers lobbied hard against that, and the Texas legislature acquiesced. In the end, little was done to prevent future blackouts. The lesson here should be clear: Rich people will pay to adapt themselves, but don’t expect them to pay to help poor people adapt.

What’s happening in Texas is one example of a global trend. At the Copenhagen summit in 2009, the world’s richest countries agreed to channel $100 billion per year of funding to less-wealthy nations by 2020, a promise that they broke. If rich countries step up now, they may be able to meet that goal by 2023, but this unwillingness of richer citizens of the Earth to help poorer ones adapt to a changing climate should make us skeptical of the argument that adaptation is an effective way to respond to climate change.

The other problem with adaptation is that it is most cost effective when done in advance. Consider, for example, the Ike Dike, a proposed Texas coastal barrier named after Hurricane Ike, which barely missed a catastrophic hit on Houston in 2008. The Ike Dike would primarily protect Houston against catastrophic storm surges.

Such a storm surge would flood large parts of Houston and cause hundreds of billions of dollars of damage and untold suffering. A flood of that magnitude hitting the petrochemical-heavy industrial region could release millions of gallons of toxic chemicals into the flood waters, a disaster that has been referred to as America’s Chernobyl. And the disruption to US petrochemical operations could economically devastate the entire country.

The $30 billion price tag for the Ike Dike seems downright cheap in comparison. So why isn’t it being built? Because adaptation is simply not a priority. First, there’s no money, and requests for help from the federal government have gotten entangled in national politics.

Second, Texas’ elected representatives are focused on other things, like banning critical race theory from classrooms and harassing transgender youth. Compared to such important front-burner issues, protecting Houston from being wiped off the face of the Earth seems to have fallen off the radar. And, of course, there are the homeowners on the coast who don’t want their property values affected by a big barrier blocking the ocean.

So the Ike Dike remains stuck in limbo, always being talked about but never getting built. And every year it doesn’t get built, the memory of Ike fades a bit more and people’s interest in the barrier declines. It is easy to imagine that the Ike Dike will still be in the planning stages when Houston eventually gets obliterated by a big hurricane.

Even when it’s built, the Ike Dike will be, as the proverb goes, designed to fight the last war, not the next one. Hurricane Ike was a category 2 storm at landfall, so it was far from the worst-case scenario. It may take 20 more years to build the dike, at which point sea level may be a foot higher, and hurricanes may be more intense. At that point, the dike may provide only limited protection against intense hurricanes, which goes to show the difficulties with effectively adapting to a moving climate.

It would therefore be foolish to assume that humanity will gracefully adapt to our changing climate. As long as human nature is what it is, rosy assessments about how adaptation will help us effortlessly deal with the impacts of climate change need to be examined skeptically.

While it may seem counterintuitive, reducing our emissions of greenhouse gases by switching from fossil fuels to climate-safe renewables is the easier way to deal with climate change. Wind and solar energy are now the cheapest energy sources and the energy market is already transitioning away from fossil fuels to cheaper renewable energy sources. This switch to renewable energy will also deliver huge benefits for society beyond the climate benefits. With appropriate incentives and support from the government, society can complete the switch with little disruption to our energy supply.

Humanity won’t be able to avoid adaptation entirely. The world has already warmed by 2 degrees Fahrenheit. Even if humanity cuts greenhouse gas emissions enough to stabilize the climate, it will still be necessary to adapt to the climate change that is already here. But adaptation is the band aid—not the solution.