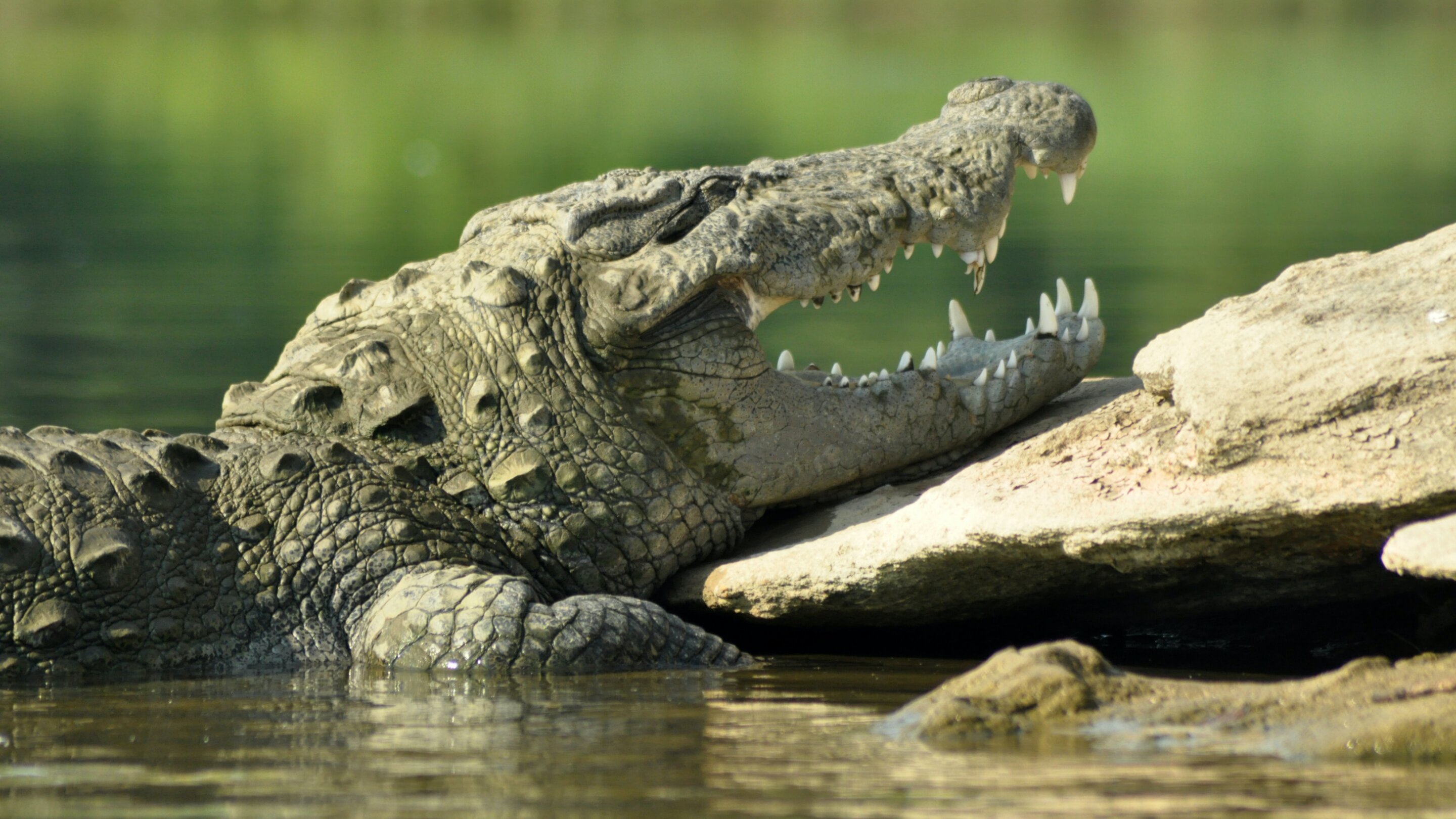 
New research from Charles Darwin University (CDU) has revealed that the estuarine crocodiles (Crocodylus porosus) in the Northern Territory have shifted from an estuarine based diet to one that is largely derived from terrestrial sources.

CDU Research Associate Dr. Mariana Campbell said this change in diet could be contributing to their increased movement into Northern Australia floodplains, where feral pigs are concentrated.

“We were surprised to observe such a significant shift in the diet of estuarine crocodiles across the Top-End over the past 50 years,” Dr. Campbell said.

“Our results show that they have shifted from a marine-estuarine based diet, such as fish, marine turtles, to a more terrestrial based diet of feral pigs, and buffalo.”

The study, published today in Biology Letters, could explain why crocodiles in Northern Australia have successfully recovered so quickly from previously very low numbers.

The researchers compared stable isotopes from museum bone specimens collected when crocodile populations were low, to the isotopes in bones of crocodiles from today.

It was discovered that the isotopes prominent in predators with a mainly marine diet, such as in the crocodile from five decades ago, were lacking in the apex predators now.

The historical crocodile samples that were included in the study were from museum collections.

Crocodile numbers were reduced to a few thousand in the 1970s due to hunting, but since then have recovered in the Northern Territory.

“A reduction in estuarine prey may have also contributed to the crocodiles diet change,” she said.

“It is likely a combination of a change in available prey, and a general ingress of crocodiles from the estuaries into the freshwater flood plains.”

According to CDU Professor of Environment Hamish Campbell, who is a co-author of the new paper, this latest research adds a piece to a bigger puzzle about the crocodile’s impact on the ecosystem.

“The research shows that crocodile recovery is having a significant impact on both freshwater and terrestrial food webs in northern Australia,” Professor Campbell said.

“Figuring out wider ecological impact from the growing crocodile population is what the research team are currently working upon under the Australian Research Council Discovery scheme.”

Citation:
Change in diet may contribute to rapid recovery of apex predator, new research reveals (2022, April 27)
retrieved 1 May 2022
from https://phys.org/news/2022-04-diet-contribute-rapid-recovery-apex.html

Oceans Help Us Fight Climate Change, Now We...
Read more
Previous articleDisease-causing parasites can hitch a ride on plastics and potentially spread through the sea
Next articleBiodiversity action urged as over a fifth of world's reptile species face extinction threat.