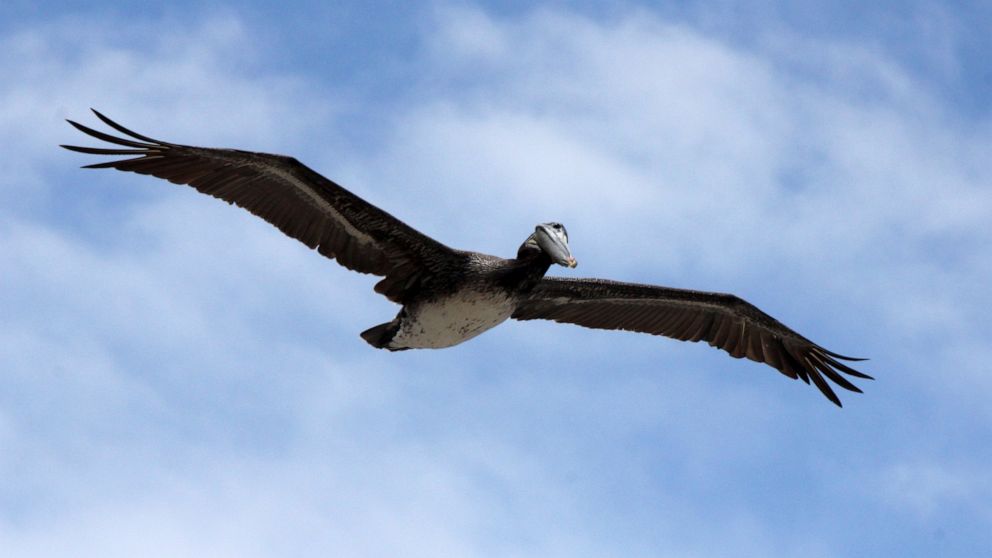 
LOS ANGELES — Wildlife authorities are trying to determine why large numbers of California brown pelicans are being found sick and dying.

Hundreds of the pelicans, which are a protected species in the state, have been admitted to wildlife rehabilitation facilities in Southern and Central California since about May 13, the California Department of Fish and Wildlife said in a statement.

“The pelicans have been found emaciated and frequently with secondary injuries or broken wings. Many of these birds died shortly after arrival at a facility,” it said.

Results of postmortem examinations and testing of pelicans brought to rehabilitation facilities indicate the birds are dying from starvation-related problems, and there are no indications of disease or unusual parasites.

“CDFW is unable to provide information on the underlying cause of this event at this time,” the department said.

The brown pelicans are an important part of the Pacific Coast ecosystem, feeding on northern anchovy, Pacific sardine and mackerel.

Wildlife authorities urged the public to call a local wildlife rehabilitation facility if they see a sick or injured pelican, and also email the state Wildlife Health Laboratory. But they cautioned people to not touch or try to feed the birds.

People can use an online mortality reporting form when they find a dead pelican.

The impact of the pesticide DDT, which caused eggshell thinning, led to the listing of California brown pelicans as endangered under the federal Endangered Species Act in 1970.

After DDT was banned, the species recovered and was removed from the U.S. endangered list in 2009. It remains protected under state law.

SYDNEY ― Researchers have made a startling discovery...
Read more
Previous article10 ways to save butterflies as numbers plummet due to pollution and climate change
Next articleNatureMetrics Raises $15 Million for Its Cutting-Edge Biodiversity Monitoring Solution