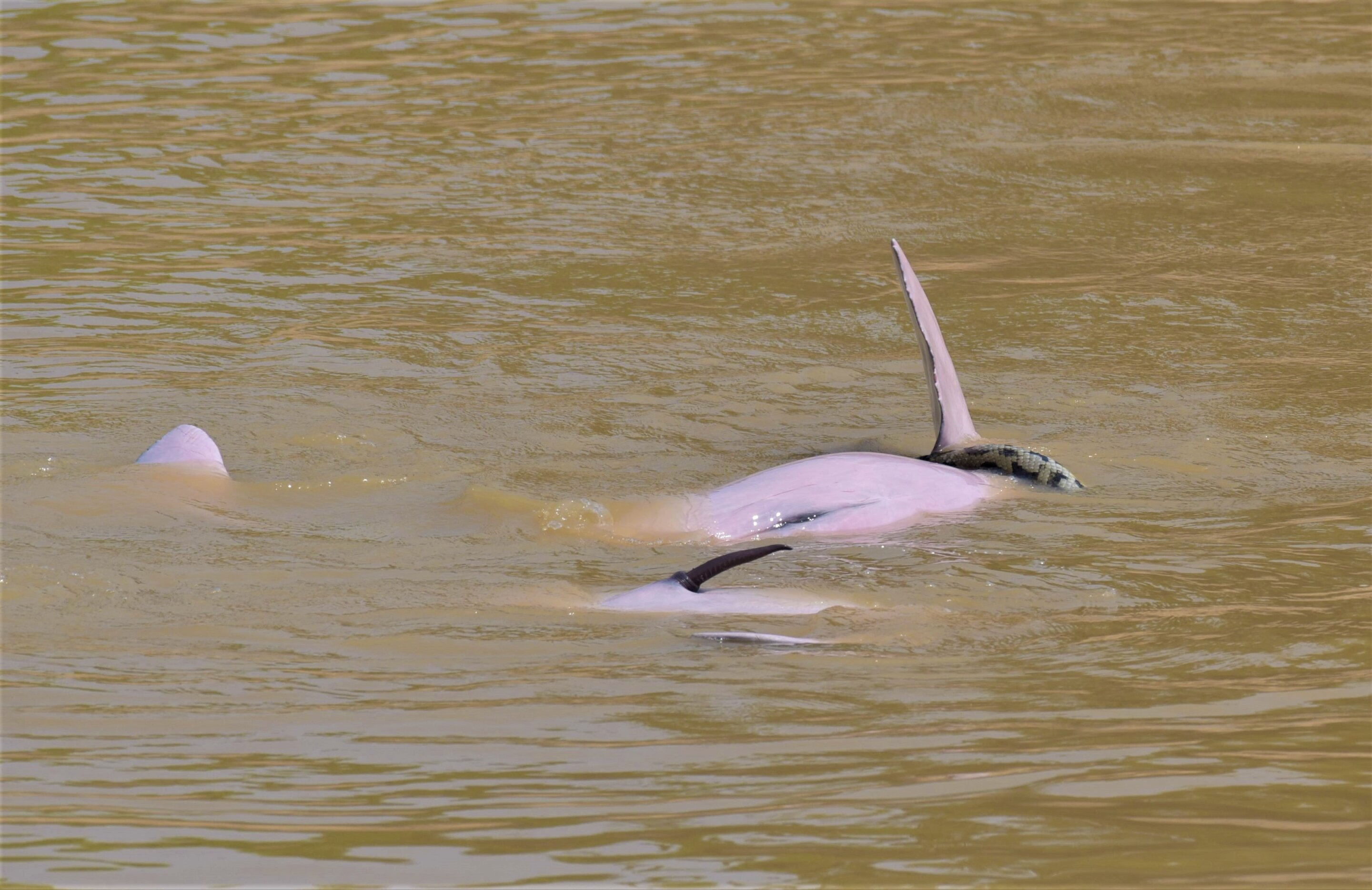 
A trio of scientists, one with Universidade Federal do Rio Grande do Sul, another from Museo Historia Natural Noel Kempff Mercado and a third independent researcher, report evidence of several Bolivian river dolphins playing with a Beni anaconda in the Tijamuchi River in Bolivia. In their paper published in the journal Ecology, Omar Entiauspe-Neto, Steffen Reichle and Alejandro dos Rios describe photographs they took of the encounter.

Bolivian river dolphins, as their name suggest, live in rivers rather than the ocean. They are related to the Amazon River dolphin and live in the Upper Madeira Basin of the Bolivian part of the Amazon. Little is known about these endangered dolphins due to the murkiness of the water—they tend to spend most of their time below the surface. The Beni anaconda is a boa species known to live only in parts of Bolivia, in and around many of the same places as the Bolivian river dolphins. Adults are known to grow to approximately two meters in length.

In this new effort, the researchers were conducting fieldwork when they observed several of the dolphins making unusual appearances above the surface of the river. Intrigued, they took multiple pictures. They did not realize that an anaconda was involved until they looked at the pictures in their lab. Analyses of the activity and the timeline involved showed that the dolphins were handling the snake in a way they described as playing with it, because they did not seem intent on eating it. Instead, they gave it to one another, passing it around.

They also found that the dolphins played with it in different ways. At some points, they played with it in a synchronized way as they were carried downstream for approximately 80 meters, and at other times, play was individualized. They also noticed that the adult males in the group had grown sexually excited as they played with the snake. The researchers suggest the adults could have been using the opportunity to teach the younger members of their group more about the snake. They also noted that the snake was held underwater for long periods of time and that it did not appear to be moving, suggesting it had likely died during the encounter.

Citation:
Bolivian river dolphins observed playing with an anaconda (2022, May 5)
retrieved 6 May 2022
from https://phys.org/news/2022-05-bolivian-river-dolphins-anaconda.html