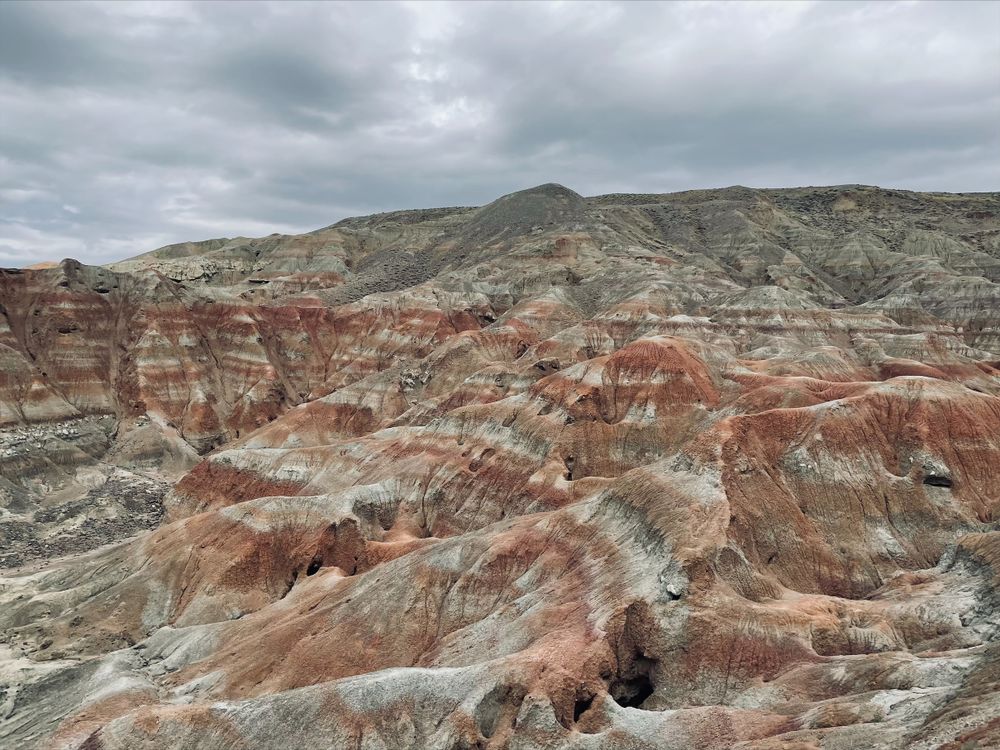 
Each spring, many of us become hyper-aware of pollen. The dust-like substance, which plants release in bulk as they reproduce, is little more than a nuisance to many people as it irritates eyes and noses and coats cars in a light green powder.

But to a palynologist, or pollen researcher, like the University of Melbourne’s Vera Korasidis, preserved pollen records “represent a really unique archive of the earth’s climatic history.” In her research, Korasidis uses fossilized pollen grains to reconstruct ancient ecosystems and climate.

Pollen is a particularly good environmental time capsule. Plants have produced pollen for hundreds of millions of years, investing great amounts of energy into dispersing the reproductive material far and wide. Despite their tiny size, pollen grains are extremely durable. As a result, fossilized pollen is a more common occurrence in many prehistoric deposits than relatively fragile fossil leaves.

As a postdoctoral researcher at the National Museum of Natural History, Korasidis teamed up with Scott Wing, the museum’s curator of paleobotany, to examine 56-million-year-old pollen grains from one of the most dynamic periods in Earth’s climatic history, the Paleocene-Eocene Thermal Maximum (PETM).

Sparked by the release of massive stores of carbon dioxide into the oceans and atmosphere from either bubbling volcanoes or massive methane seeps, the PETM was a period of rapid climate change. Geologists estimate that temperatures rose between 9-and-14 degrees Fahrenheit in less than 10,000 years and remained elevated for 150,000 years.

This rapid warming completely transformed marine ecosystems. However, the impact of the PETM on land is more difficult to parse. Outside of a trove of fossils from the multi-hued badlands of northwestern Wyoming’s Bighorn Basin, where Wing has spent decades excavating fossil leaves, intact plant fossils from the time period are difficult to find, which limits global understanding of how plants responded to the warming temperatures.

To get a more complete view, Korasidis, Wing and their colleagues analyzed hardy pollen grains preserved in rocks from 38 PETM sites around the world. “We’d like to have more of a movie than just a snapshot of what the changes were, and pollen gives us a better chance at that because it is preserved more easily,” says Wing, who was a co-author on the new research. “It’s more likely to give you multiple images of what’s happening.”

In a new study published last month in the journal Paleoceanography and Paleoclimatology, the team analyzed the fossilized pollen. Like snowflakes, different types of pollen have different shapes ranging from spiky spores to smooth grains. By matching the shapes of the grain to pollen from modern plants, the researchers were able to cultivate a botanical who’s who from 56 million years ago, which in turn offered clues to what ancient environments were like during the PETM.

“We can make the connection between what we find fossilized and what’s around today,” Korasidis says. “And that’s really the key—you need to be able to make that connection between the past and the present to infer past climates.”

Together with climate models, the fossilized pollen revealed that warming temperatures during the PETM sparked an era of massive plant migrations. By dispersing their seeds, plants can move 550 yards or more per year, which makes it possible for plants to cover vast distances over thousands of years. During the PETM, many were trying to beat the heat by migrating towards cooler climates at the poles and higher altitudes.

While this botanical blend seems odd today, it makes more sense when considering that the PETM temperature spike occurred in an already warm world. There were no ice caps at the poles. Higher latitudes were wet and warm, while lower altitudes became hotter and drier. “It is odd to think about palm trees growing up in the Arctic, but this was such a different world,” Korasidis says. “It’s a world that seems out of place to us today.”

These ancient plants were not the only things feeling the heat during the PETM. Recent research has discovered that many early mammals, including early dog-sized horses, downsized to beat the heat. As the temperature rose, several archaic groups of mammals died out while other groups, including primitive primates, flourished.

While these instances from the PETM offer some insight into how life may respond to a warmer future, both Wing and Korasidis stress that modern climate change far outpaces even this prehistoric temperature spike. Researchers estimate the rate of carbon dioxide entering the atmosphere today is 10 to 20 times faster than it did during the PETM.

This accelerated rate threatens to outpace the speed at which some plants can migrate.

During the PETM, some plants were able to move 15 degrees northward within 10,000 years to keep pace with the warming temperatures. However, even fast-moving plants may struggle to keep up with modern temperature changes.

Humans have also restricted plant movement. Paved areas like cities and highways cut off migration routes for certain species. “Plants need somewhere for their seeds to disperse,” Korasidis says. While people have made it more difficult on plants, they can also help them migrate by opening up nature corridors of connected habitats and planting seeds of at risk plants in more hospitable climates.

Although the PETM is not a perfect analog for modern climate change, Wing believes it illustrates several important lessons, including how rapidly excess carbon dioxide can warm the Earth’s climate. Importantly, it also shows that once carbon enters the Earth’s atmosphere, it sticks around.

“Even though the PETM is geologically short, it lasts 150,000 years, which is nearly as long as there have been Homo sapiens on the planet,” Wing says. “So the next 150,000 years is going to be really different unless we figure out how to fix it before we end up adding a very large amount of carbon to the atmosphere.”

SYDNEY ― Researchers have made a startling discovery...
Read more
Previous articleClimate Change Threatens Important African Coastal Sites | Science
Next articleGlaciers Might Not Be Able To Recover From Climate Change